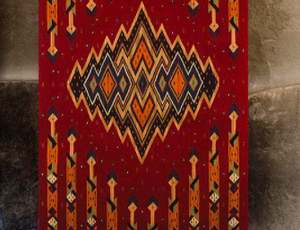 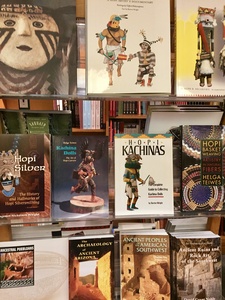 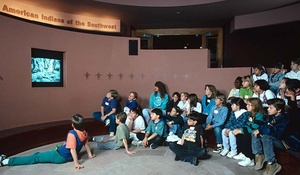 The Arizona State Museum was founded in 1893. It is located on the University of Arizona campus in Tucson Arizona. It was originally for the protection of archaeological resources. The museum was formed by the authority of the Arizona Territorial Legislature. This museum is operated and owned by the University of Arizona. This museum holds some Native American and South West treasures of the past. The type of artifacts included pottery, jewelry, baskets, textiles and clothing from the past. The museum holds many Ethnological items, which are items that are not acquired by excavation. This means that these items have been further donated by the Native American Tribes or acquired from other individuals. The Arizona State Museum also has an extensive collection of photos. The museum has over 350,000 prints, negatives, and transparencies.

Currently, this museum is closed due to the ongoing Covid 19 pandemic. Normally, this historic spot is open to the public. The Arizona State Museum is also open to tours for students. Often university professors will take their classrooms on field trips and laboratory days in the museum. As well as tours, the Arizona State Museum offers a calendar full of events that promote learning about ancient indigiounous people and learning about native cultures of the region. Examples of these types of events are exhibits, school programs, lectures, hands on activities, workshops and travel tours.

The Arizona State Museum has close ties to the students at the University of Arizona. Many of the archaeology, anthropology, design and art students use the libraries provided by this museum often. The Office of Ethnohistorical Research conducts research on the people of the southwest United States and northern Mexico. This library holds over 8,000 sources of information ranging from indexes to major archival collections, maps, guides to paleontology. The  Office of Ethnohistorical Research also includes Documentary Relations of the Southwest which is an online index with over 17,000 documents. All of the documents from the Documentary Relations of the Southwest are generated from the Spanish Colonial period. These documents are really important because they hold a lot of history about the relationship between the Native Americans, Spanish Colonials, and catholic missionaries related to each other.

Arizona State Museum has a database of cultural sites and surveys that may be accessed to students and the public. This large database includes collections about the southwest, northern Mexico, and more. The library holds over 100,000 monograms and journals, manuscripts, field notes, scrapbooks, diaries, orla history and sound recordings. The Arizona State Museum is home to the world's largest collection of Southwest Indian pottery. This museum also holds the largest collection of American Indian basketry, which is composed of over 35,000 specimens of woven fabric. This collection represents nearly every major indigionous basket making culture and dates back 7,000 years. All this pottery is housed in an expensive and state of the art vault to protect from the damage suffered to the pottery in the past.  The Arizona State Museum still holds great relationships with the native tribes. This relationship involves staff meetings to the tribe grounds, visits to the museum by tribal members to evaluate objects, and open communication with the staff during excavations. The museum is also an affiliate to the Smithsonian Institution and it is accredited by the American Alliance of Museums.

In the Arizona State Museum there is also a section about Zooarchaeology. Zooarchaeology is the study of non-human animal remains that specifically relate to the identification of animal species. Zooarachelogist are interested in the relations between animals and humans. They study things like human diet, food procurement, domestic animals, economics and trade, use of animals in rituals and more. Zooarachelogist study the genetic and physical changes of animals as a result of being domesticated. In order to identify the remains of animals from archaeologist sites, Zooarachelogist use skeletal reference collections. The name of the Zooarchaeology section in the Arizona State Museum is the Stanley J Olsen Laboratory of  Zooarchaeology. The Olsen Lab houses two vertebrate collections with a total of 4,000 vertebrate specimens of over 600 different species including fish, bird, reptile, mammal etc. The Western Archaeological and Conservation Center collection is on a long term loan from the National Park Services. This collection specialized in species that are native to the southwest climate and environment. The Olsen laboratory has a small collection of references that are also available for researchers to use. The Olsen laboratory is open to students, staff and the public. The collection has been used for years in the past as reference to many courses at the University of Arizona.

The Arizona State Museum is present on social media as well. They have a facebook, twitter, youtube and instagram account linked to the museum. The userman for their Instagram account is @arizonastatemuseum. This account shares with it’s five thousand followers tons of information on the museum, what it has to offer, times and prices of exhibits and more. Right now the  instagram is really promoting virtual tours and their zoom talk series. The museum right now is doing a zoom talk series about border barriers and the impact they have on society. The account’s feed also features great content from the museum to showcase what you will get when purchasing a ticket.

The museum has had seven different directors since its founding. The current director is Patrick D Lyons. He has been the director of the museum since 2013. Normally this museum has tons of visitors each month. The museum is accessible to people with disabilities and service animals. The museum is free for any current University of Arizona student with a catcard. They have docents constantly waiting to give museum tours daily. The average ticket price is 10 dollars. Although there are many discounts available. Senior citizens get a discount of 2 dollars less than the average price with a valid ID. The ticket price is 2 dollars for a member of the Arizona State Museum or a citizen of Native nations.