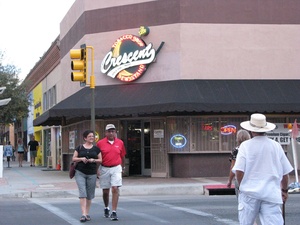 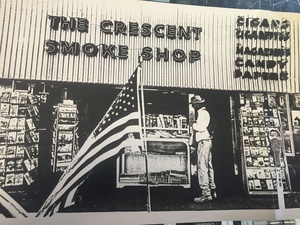 From the late 1940's to the early 1980's, "Crescent Cigar Company" was one of Tucson's main tobacconists providing locals a place to come and read national news from newspapers from across the country. (Right: "Crescent Smoke Shop" 1984) 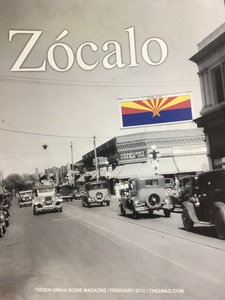 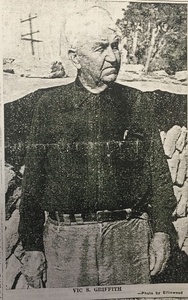 After venturing from Tennessee, Victor 'Vic' S. Griffith began his life in Tucson, Arizona in January 1898.  Griffith came to Tucson in the search for a better life away from the "feudin' section" of Tennessee, a portion of the state approximately 60 miles north of Chattanooga where infamous violence and rivalry existed between local clans. One famous example is the Hatfield and the McCoy clan feud. Griffith fled a feud between the Tollet and Swafford families. At the time, Tucson was a small town known for keeping cattle and copper mining. Griffith could not find work in local retail at the time due to the fact that he did not speak Spanish and did not meet the weight requirement to work on the railroad. He started a peanut, fruit, and novelty stand. 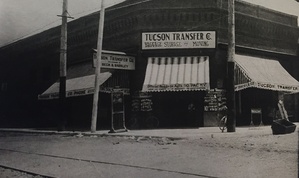 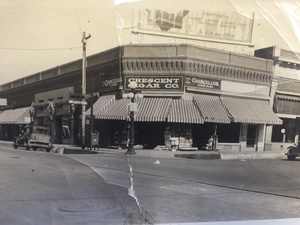 The stand did well in Tucson and later was expanded into a small store front.

The store has seen Tucson through the many historical periods throughout the 20th Century to modern day. It is one of Tucson's oldest tobacconists.

1927- Only Theodore Collins is listed as owner 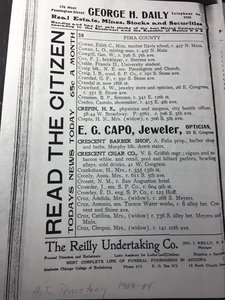 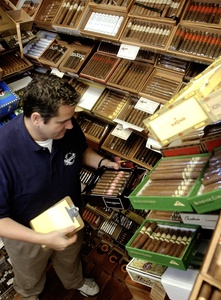