Fort Lowell Park, located at Glen and Craycroft road, is a Tucson Area community park and home to multiple historical sites of interest. This public area is a great spot for families and friends to enjoy the scenery and weather. Throughout the years, the park has been maintained and even improved by the addition of amenities such as; playgrounds, grills, picnic tables, benches, restrooms, baseball fields, and historical building locations. The park is beneficiary to the city of Tucson because, 1) the historical foundation of the land 2) modern day usage and 3) sustainable wildlife environment. 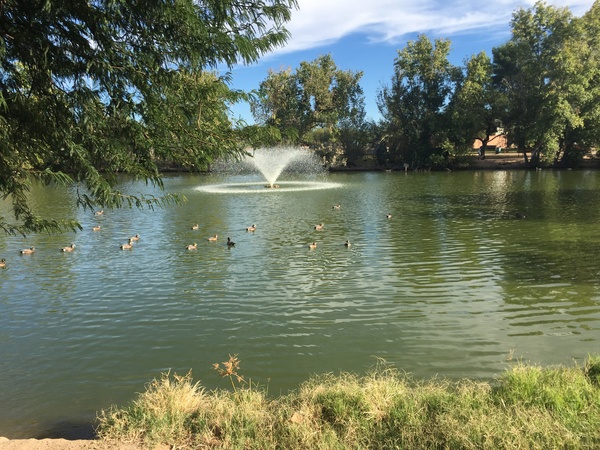 History of the Fort Lowell Area

Historically, the Fort Lowell Park area has been recognized as fertile ground for development due to its location near major water sources. The greater Fort Lowell area resides next to the Rillito river, itself the convergence of two other waterways, the Pantano wash and Tanque Verde Creek. (1) In the past, water ran consistently year round through the Rillito river, though water levels would rise during the rainy season and decline to a trickle in the dry season. Due to the nearby water sources, the Fort Lowell area was also recognized for its relatively high ground water levels, making it easy obtain water and construct wells without digging deep into the ground. (6) 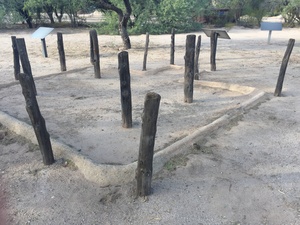 Exhibit Depicting a Hohokam HouseThough not much is known about this historic Hohokam Indians who inhabited the greater Fort Lowell area, many remnants of the native people can be found. These native people settled the area around 250 AD and used the fertile ground and water for agrarian living and the lush river areas for hunting and fishing. Archeology indicates that the Hohokam were the first established occupants of the Fort Lowell area. Hohokam artifacts like arrowheads and pottery fragments can still be found inside the park grounds to this day. (4)

As early Americans began to adopt the narrative of settling the wild west, settlers traveled to Arizona to become ranchers and farmers. Like the Hohokam before them, they found the Tanque Verde Fort Lowell area a suitable location for these purposes because of the ample water supplies and comparatively fertile soil. In addition, Spanish speaking Mexicans also found their way into the Fort Lowell area. This was, perhaps, the beginning of the Mexican-American cultural fusion that can still be seen around the park today. (3)

In 1866, following the Civil War, the United States Army founded an outpost in Tucson, Arizona between Twelfth and Fourteenth Streets named Camp Lowell after the late Union army general, Charles Russell Lowell. The purpose of the outpost was to protect United States interests in the area – protecting citizens of the fledgling Tucson area from Indian attacks and defending traders interested in moving their good to and though Tucson. The original Camp Lowell base was located in what now is Tucson’s Armory Park. (5)

In 1873, because of Tucson’s rough conditions and frontier morality, Captain W. Henry Brown moved the camp 7 miles east into the current Fort Lowell Park area. (2) This move was made to maintain order in the camp, which, due to its location, had easy access to Tucson’s bars and brothels. At the new location, more permanent structures were erected from walls made of adobe bricks and roofs reinforced with ocotillo and saguaro ribs. As more permanent structures were constructed, the camp was renamed “Fort Lowell” as it transformed into a more long-term base of operation. 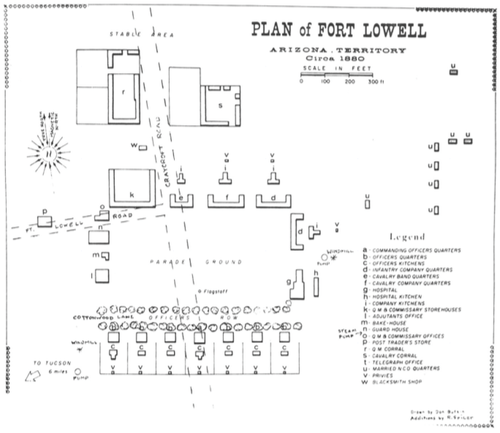 A Map Depicting the layout of Fort Lowell (1)

During the Apache Wars, Fort Lowell played an important offensive and defensive role in thwarting the Apache aggressions of those native Indians who traveled over Reddington Pass. Fort Lowell, in its comparative strength and fortitude, was used as a supply depot to outfit and assist other smaller military installations in the area. In addition, the Fort was charged with disrupting Apache attacks on key trade endeavors, namely attacks on the railroad which connected through Tucson in 1880’s. With the defeat of Geronimo in 1888 and the general stabilization of the region, the Fort was stripped of its primary purposed as was decommissioned.

One of the few partially intact locations on the Fort Lowell Park premises is the hospital. The hospital, like many of the other structures, was made of adobe bricks, pine wood frames, and saguaro ribs. The structure was 60 feet wide and 120 feet long. The hospital contained 13 rooms and accommodated 16 beds (16 active patients). In addition, the hospital had an isolation ward, a surgeon’s office, a dispensary, storerooms, a washroom, a morgue, and lodgings and quarters for those staff enlisted to work at the hospital. In the 1880s, the building was retrofitted with a tin roof to reduce leaks during rain and wood floors replaced the original dirt floors that characterized the original Fort Lowell buildings. 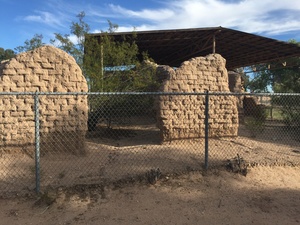 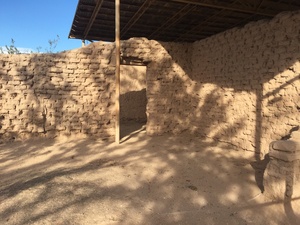 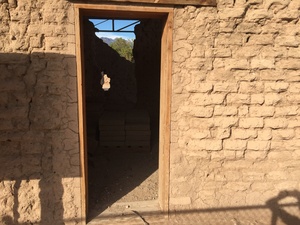 The hospital surgeon, the definitive authority on fort health matters, was sometimes an enlisted man and sometimes a civilian. He was in charge of the physical wellbeing of all enlisted and civilian men on site, including the wives and children of these men. (5)

The Fort Lowell swimming pool in another main attraction for the parks visitors. The pool is an extended-seasonal pool which allows the public to get more usage out of it throughout the year. Outside of the pool are two different diving boards, and within the pool there are numerous lap lanes. There is a difference between the depth of the pool from beginning to end which varies from three feet to twelve feet. Finally, at the pool there are swim lessons offered and openings for the swim team.

Today, Fort Lowell Park features many of the facilities associated with modern community parks: soccer and baseball fields where local schools play games, a swimming pool, tennis courts, a children’s playground, a pecan grove, and a duck pond complete with a fountain and other water features.

In addition, the park not only includes recreational facilities but also attractions that features the parks rich history. Commemorative and educational plaques are spread about the park integrating the modern amenities with historical information.

Various wildlife species thrive throughout the 59 acre park in a dry sunny environment. Turtles, fish, birds, and squirrels are some examples of the wild life that depend on the environment in the park. In modern day, there has been regulations as to what actions are prohibited while visiting the park due to the safety of animals. One regulation that is widespread is public fishing areas. Additionally, another regulation is 'no feeding ducks' and this allows privacy for the duck species that is heavily populated in park grounds.

The Fort Lowell Museum is a public museum run by the Arizona Historical Society located on the Fort Lowell park grounds. AHS, or the Arizona Historical Society, works to connect people through the history of Arizona. Within the park grounds, the museum is home to various artifacts illustrating changes experienced in the region.  The Fort Lowell Museum allows opportunities for public programming and educational outreach. It features exhibits describing Tucson frontier life and further information on historical Fort Lowell and its daily operations and military logistics during the Apache Wars. (5) 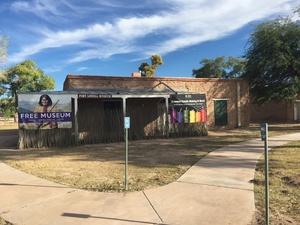 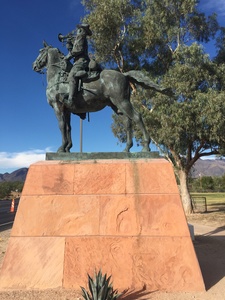