In November of 1974 two friends, Gary Tenen and Randy Tufts, were wandering around Benson, Arizona with the hopes of finding an undiscovered wonder, and find one they did. While exploring the limestone hills near the great Whetstone Mountains, Gary and Randy found a sinkhole. This sinkhole was the size of a metal coat hanger stretched into a circle, and they wiggled their way through it to find one of Arizona’s greatest treasures, the Kartchner Caverns “Big Room”.

For 14 years Gary and Randy kept their great finding a secret from the rest of the world, for fear that others would not be as careful with the fragile stalactites as they were, because stalactites only grow one inch every 750 years. From 1974 to 1988 Gary and Randy would return to the Kartchner Cavers, and little by little they explored every speleothem and “soda straw” stalactite hanging from the ceiling of the cave. The two friends believed in leaving the cave in it’s exact condition, so whenever they would enter the cave they would ensure to only step in the same places as before, and never venture off their original path.

The Kartchner Caverns are home to some of Arizona’s greatest treasures, including a “soda straw” stalactite that is over 21-feet tall, a column named “Kubla Khan” which is one of the world’s largest formation of brushshite moonmilk, and speleothem that have been growing for tens of thousands of years.

In 1984, Gary and Randy decided they wanted to make these caves a part of the Arizona National Park system. They approached a man named Charles Eatherly who worked in the Arizona State Parks office in Phoenix, but would give him no details on the caves except for the fact that Charles “had to see them for himself”. Gary and Randy took Charles down to the caves, where their beauty blew him away. Once Eatherly returned to his office, he informed his colleagues of the amazing potential the caves held for a future Arizona state park. By 1988, a bill was drafted and ready to go, and by April 27th, the Kartchner family, Randy Tufts, and Gary Tenen stood in attendance while Governor Rose Mofford signed the bill.

Today, Kartchner Caverns offers three different tours each day. The first available tour is of the Rotunda/Throne room, which takes visitors on a half-mile walk through the caves and will take an hour and a half to complete. Under the watch of a profession tour guide, visitors will be able to learn about the history f the caves and discover the role that water plays in creating the formations of the cavern. In the Throne room tourists will be able to take the exact path that Gary and Randy took, and see the great “Kubla Khan”.

The next available tour is of the Big Room. This tour is a half-mile in length and it takes one hour and forty-five minutes to complete. To see the Big Room you must make a reservation between October and April, because the other five months of the year bats actively use the cave. Both the Throne room tour and the Big room tour cost $23/person (ages 14+), $13 (ages 7-13), and the Throne room is $5 for children under 7-years old, while the Big room tour is not available for children under 7.

The final tour for visitors is a “Helmet and Headlamp” tour, which is only available on Saturdays. This tour takes you on an experience that would be similar to how Gary and Randy discovered the caves back in 1974, total darkness with the exception of the light from your headlamp. This adventure is a half-mile in length, takes one hour and fifteen minutes, and costs $30/person.

So where are Gary and Randy today? Gary lives in Tucson, Arizona, and often makes trips down to Benson to see the caves. When I was on my tour of the Big room, our tour guide actually told us that he had given a tour to Gary only a few months prior, and when he would make a comment Gary would sometimes respond with a, “well, here’s how it actually goes…” Our tour guide said it was great having him back in the caverns. However Randy unfortunately passed away on April 1st, 2002 from a bone marrow disease.

On my trip to Kartchner Caverns I certainty learned a lot. I loved how my tour guide was open to answering any and all questions, and if he didn’t have an answer he would tell you to stick around after the tour so he could get the information for you. The only downside to this tour is that you aren’t allowed to take any pictures while you’re inside, to help keep the cave in its natural state. I found most of my information from the links provided here. 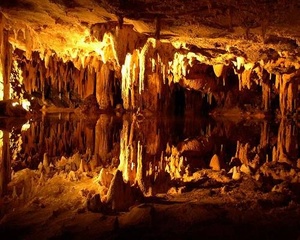 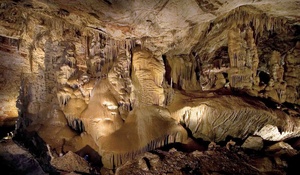