Located in Southern Arizona, Mt. Lemmon renders itself as having the highest peak in the Southern Catalina Sky Island. Standing at nearly 9,200 feet high, Mt. Lemmon has been home to a large number of groups over decades for its woodland resources and provided relief of heat from the desert floor. Other than its impressive physical stature and culturally appealing presence in Southern Arizona, Mt. Lemmon has acquired a number of characteristics that separate it from ‘any other mountain’. To give an idea of how Mt. Lemmon came to be as a landmark, at the turn of the 20th century Mt. Lemmon was home to a major copper mining scene. And during the Cold War, the United States Air Force used the height of Mt. Lemmon to their advantage against enemy warfare. Scanning the sky for incoming explosives and potentially fatal enemy planes, the United States Air Force found refuge in the mountain. This was during the years 1956-1969, years in which mountains were used to the advantage of armies, in opposition for their modern use, (which can include searching the sky for stars and nebulae).

Beginning in 2008, Mt. Lemmon provided its stature to Don McCarthy, who began running Astronomy Camps for children and adults who find interest in exploring the universe from nearly 9,200 feet from the desert floor. [1] 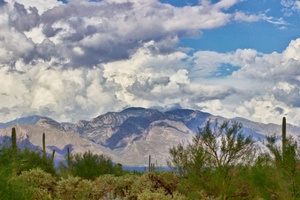 The Naming of Mount Lemmon

Taking into consideration the name, many visitors of the massive sky island initially ponder why someone, or some people, came together to name a mountain after a fruit, let alone spell it incorrectly. But the mountain that requires driving visitors to snake up the Catalina Highway, (which is found Northeast of Tucson), was not named after a yellow fruit. Interestingly enough, this impressive rock in the Southwestern portion of the country was named after botanist Sara Plummer Lemmon. Highly regarded author Susan Hallgarth has said to have supported Lemmon verbally through words of recognition, such as referring to the respected botanist as “unwed, unreluctant, and unrepentant”. When speaking on the correlation between Mrs. mountain and the real thing, it is important to know that Sara Plummer Lemmon was taken on a guide led hike up the mountain in the 1880’s where Lemmon impressed her mountain guide so expansively with her fare, he offered naming the mountain after her. If you would like to read more information about Sara Plummer Lemmon and her expedition towards humble fame, please visit [2]  https://www.azcentral.com/story/news/local/arizona-history/2017/12/06/arizonas-mount-lemmon-named-feminist-pioneer-sara-plummer-lemmon/926789001/

Mt. Lemmon in a modern sense is utilized by many Pima County residents during the long summer months due to the need to find refuge from sticky heat. Because of Mt. Lemmon’s immense height and being over 5,000 feet from the desert floor, the summit of said mountain is recorded to be as much as twenty degrees cooler than that of Old Pueblo. But, it was not until well into the twentieth century that locals and residents had accessibility that was feasible enough to travel by car or other vehicles. Speaking of, it was a newspaper man who pushed for local city officials to pursue construction of a road that led to the summit of Mt. Lemmon. Prior to the road being built, Tucsonans and Sara Plummer Lemmon alike approached the summit from the north on foot, via the mining camp that was located in Pinal County. This approach was not easy for most, but those who had a will showed that they found a way. And as travel by car or automobile became prioritized and rose in popularity, a national movement called for the expansion of paved roads, which resulted in the finishing of the road that led to the summit. For more information regarding early access to the summit of Mt. Lemmon, please visit the site linked below to learn more: [3] 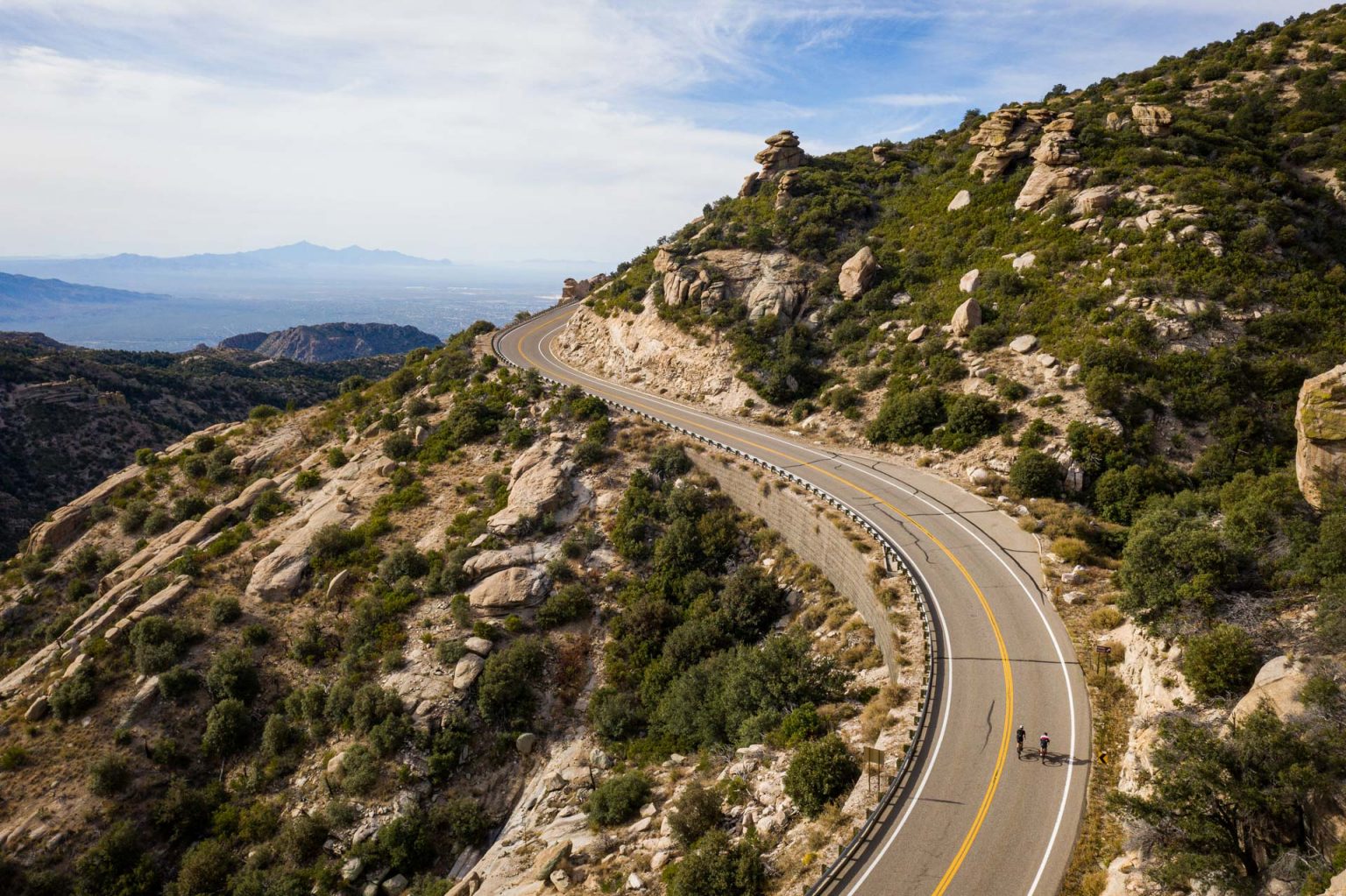 An interesting fact about Tucson that involves the presence of Mt. Lemmon is found within the framework that is the climate. Because no one correlates cold weather to the flat desert that is Tucson, it is of slight surprise that Mt. Lemmon, located in Tucson, offers snow lovers the ability to ski and snowboard down the mountain. Mount Lemmon is home to the southernmost ski destination in the United States. In 1944, Mt. Lemmon formed a ski club called the Sahuro ski club. This got its name by Thomas going to visit his son who was stationed at the Davis Monthan base. His father, Thomas, suggested that a little skiing is what his son needed to get well. Following this, Ski Valley opened in Mount Lemmon. Ski Valley has a total elevation of 9,157ft above sea level, 200 acres of ski land, and a grand total of 21 runs. During the winter months of December through March, Ski Valley is open Monday, Thursday, and Friday from 9AM to 4PM. However, it is important to visit their website or call the valley prior to visiting to confirm snow conditions. Lift tickets are sold at the resort and range from $35-$65 for the entire day depending on age. They also have half-day lift tickets available for $30-$55 depending on age. Ski Valley also has the option for ski and snowboard rentals based on availability. For those who are learning to ski or snowboard, Ski Valley has a variety of options for private or group lessons. [4] 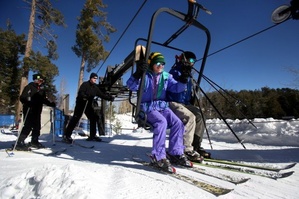 During the warmer months when there is a lack of snow, Ski Valley remains open to the public. The Sky Ride is a thirty-minute ride that travels through the trees up Mount Lemmon. When the ride reaches the top, riders are able to leave the ride and hike/walk around the area and return to the Sky Ride to travel back down. Sky Valley is also home to a restaurant with an extensive menu, as well as a “world-famous” fudge shop for those wanting something sweet.

The wildlife that can be found fruitfully on Mt. Lemmon is as appealing as the physical environment. Some of the animals that can be found throughout Mt. Lemmon are bobcats, swallows, mountain kingsnakes, and woodpeckers. [5] Bird watching has historically been a popular activity among many. One of the reasons behind this is due to the change of landscape as one travels up the mountain. As you travel higher, the greenery only grows, surrounding the area with trees. Many birds find refuge in these trees. Because of this bird watchers are able to take in the beauty of dozens of bird breeds that are otherwise found scarce to Southern Arizona. [6] 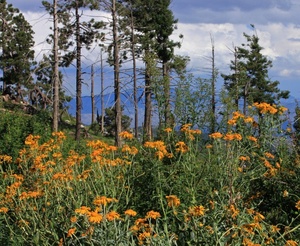 Summerhaven is a community located within Mount Lemmon. It was created in the 1920s and is now part of the 450 acres of privately owned land that is located on Mount Lemmon and surrounded by the Coronado National Forest. The individual lots located in the Summerhaven subdivision are considered to be small for lots in Southern Arizona, averaging between 5,000 and 6,500 square feet. [7] Additionally located in Summerhaven are restaurants, shops, and visitor centers. One of the most popular restaurants and “tourist” attractions is the Mt. Lemmon Cookie Cabin. The Cookie Cabin is a restaurant that is family owned and operated since 1990. As the name of the restaurant suggests, the Cookie Cabin is home to giant homemade cookies in a variety of different flavors, as well as pizzas, ice cream, and drinks. [8] Another popular destination of Mt. Lemmon would be the Mount Lemmon General Store. This store is home to the visitor center, where those new to the area can find information on Mt. Lemmon. The Mount Lemmon General store also hosts camping supplies, groceries, firewood, and repairs for tents, cabins, and cars. The general store is open seven days a week from 10AM-6PM. [9] Other popular restaurants and shops in the area are the Living Rainbow and Sawmill Run Restaurant. 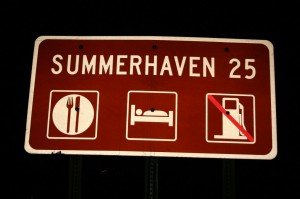 One of the most recent developments in Mount Lemmon is the Mt. Lemmon Hotel. Founded by two University of Arizona Alumni who recognized the lack of overnight possibilities to those visiting the area. Because of this, they began the development of Mt. Lemmon Hotel in 2018, purchasing land in the Summerhaven subdivision. Disrupted by the COVID19 pandemic in 2020, the hotel did not open until 2021. The Mt. Lemmon Hotel offers lodging through individual cabins that have room for four to five guests. Each cabin has a full kitchen, bathroom, television sets, and a porch to take in the beautiful views of the mountain. Six of the cabins are also pet-friendly with a small fenced-in yard. Check-In for the Mt. Lemmon hotel is 3PM and check-out is 10AM. [10]

The Mount Lemmon Hotel also offers space for small weddings or events beginning the summer of 2022. There are packages available to fit a variety of event sizes and needs. The area includes up to 50 white wood chairs, lighting, set-up, and takedown. The Mt. Lemmon hotel partners with nearby restaurants for food services, nearby Pastors for religious services, and the local Mt. Lemmon Community Center for reception space. 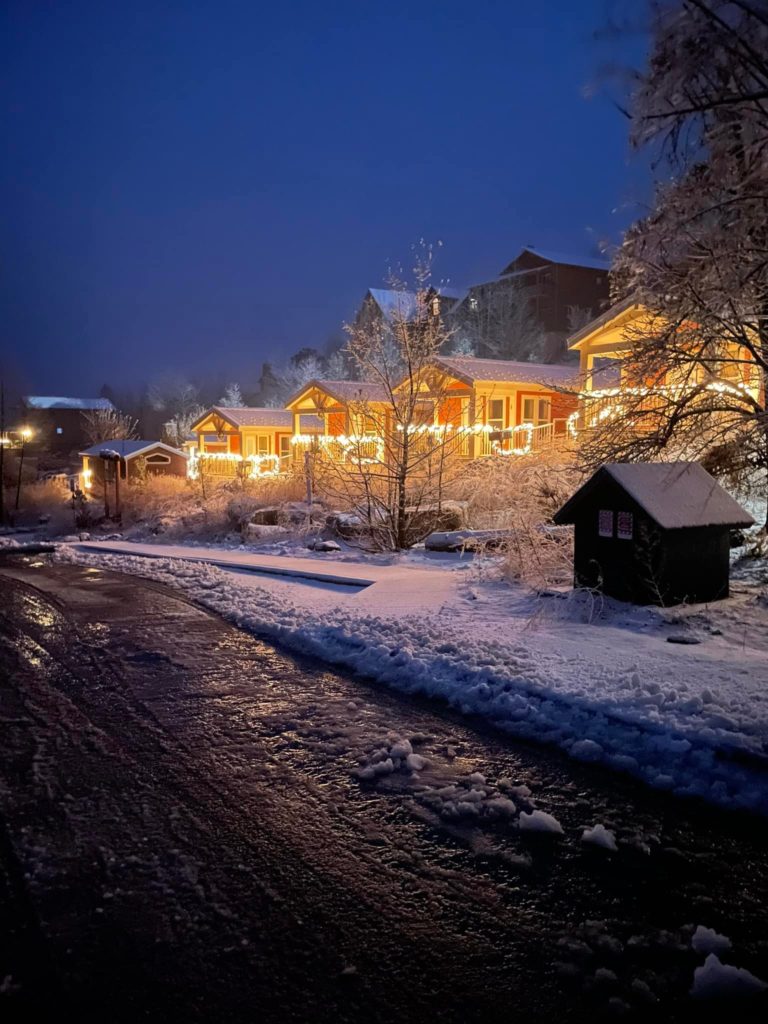