Chapter History At University of Arizona

On March 12, 1921 twelve men gathered to create a local fraternity at The University of Arizona. The group created the Zeta Delta Epsilon fraternity and announced it on April 1st, 1921 with school recognition later that month. The common objective among this local fraternity was to become a chapter of Phi Gamma Delta due to their pursuit for a higher scholarship and prior knowledge of FIJI. Over the next two years the Zeta Delta Epsilon fraternity was in contact with Phi Gamma Delta to become a chapter at the University of Arizona. On April 19th, 1931 the actives of Zeta Delta Epsilon were initiated as FIJIs and the pledges were pledged in.

Phi Gamma Delta's chapter house was at the "Zuni Court" garden apartments on University Avenue and lived there from 1921 - 1924. This location is now the Starbuck's on University. After that house a chapter house was purchased at 443 E. First Street in 1924. This location is now an empty lot. On January 15, 1939 we moved into 1801 E First Street which is the current day location of the Phi Gamma Delta chapter house. FIJI is one of just a few fraternities that own the land under their property. 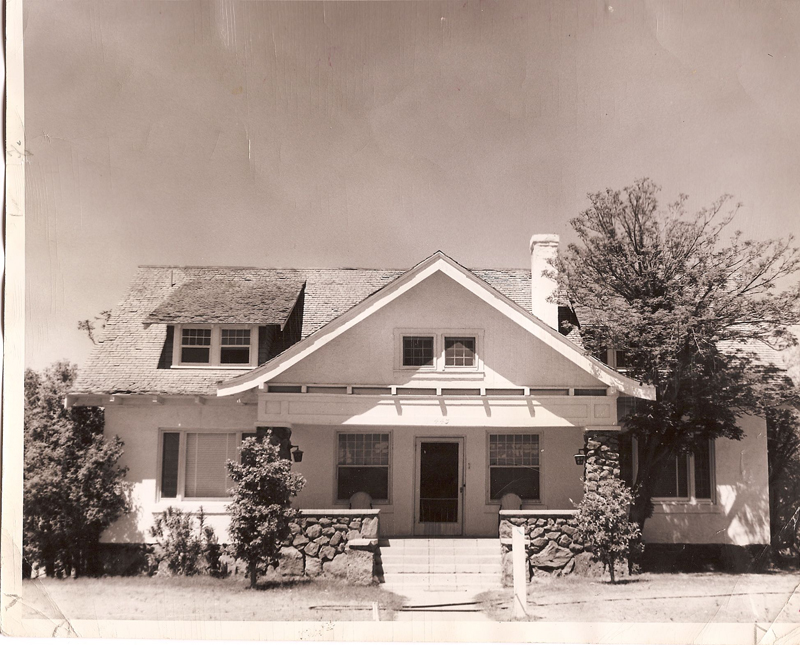 The house and property have undergone many changes since first moving to that location. The first change happened in early 70s when the Upsilon Alpha Housing Corporation had to sell off the east side of the lot to pay for debts. The sold portion of the lot became a parking lot between the 70s and until 1980. In the 80s construction of a Burger King started and was erected next to the chapter house. This Burger King is now a Wendy's. The house was then demolished in December of 2001 to begin the construction of a brand new chapter house. The completion of the house was in 2003 when active brothers occupied the house again. 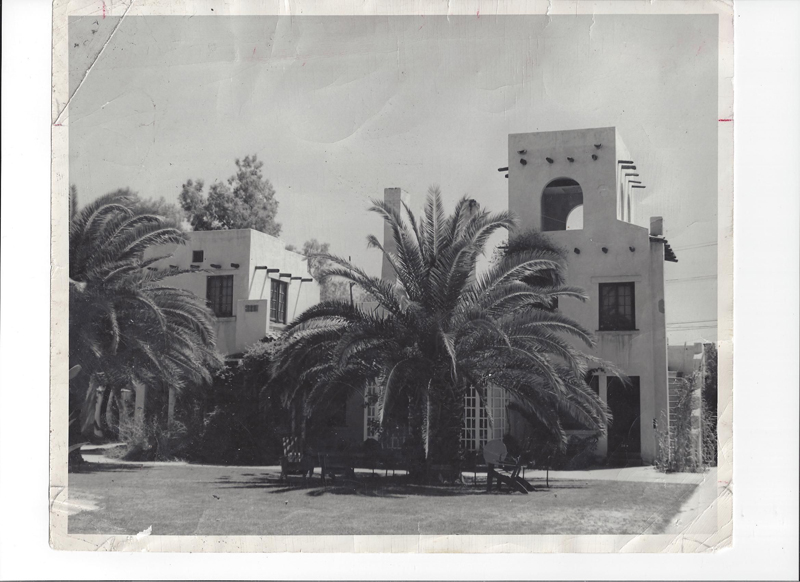 In 2014, Phi Gamma Delta lost school and international headquarter recognition and the house was again transformed. From July 1, 2014 to June 30, 2019 the house was turned into a dorm for the University of Arizona. The university had leased the space from Upsilon Alpha Housing Corporation to become the "Rawls/Eller Lodge". When FIJI regained recognition the dorm was turned back to Phi Gamma Delta to use as the chapter house. 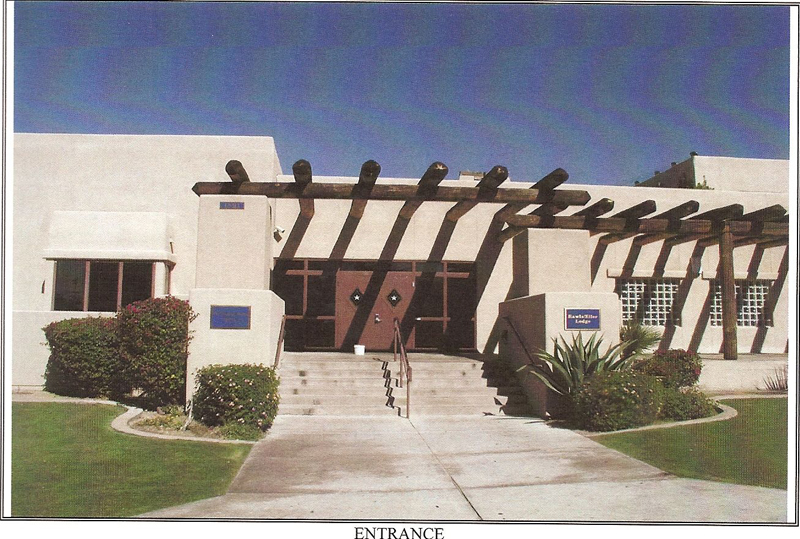 The chapter house of Phi Gamma Delta was redesigned in 2001 to be a modern house with lots of different amenities. The house features a full sized basketball court on the east side of the house. The court was recently remodeled in 2020 to be repainted purple with the Phi Gamma Delta badge in the center of the court. A 7 foot wall was also built around the court, previously was a chainlink gate that split the Wendys drive through and the court. The court has flood lights as well as a storage shed that has been transformed into a gym for active brothers. The house has a full sized commercial kitchen which typically hosts 2-4 chefs cooking meals for active brothers. 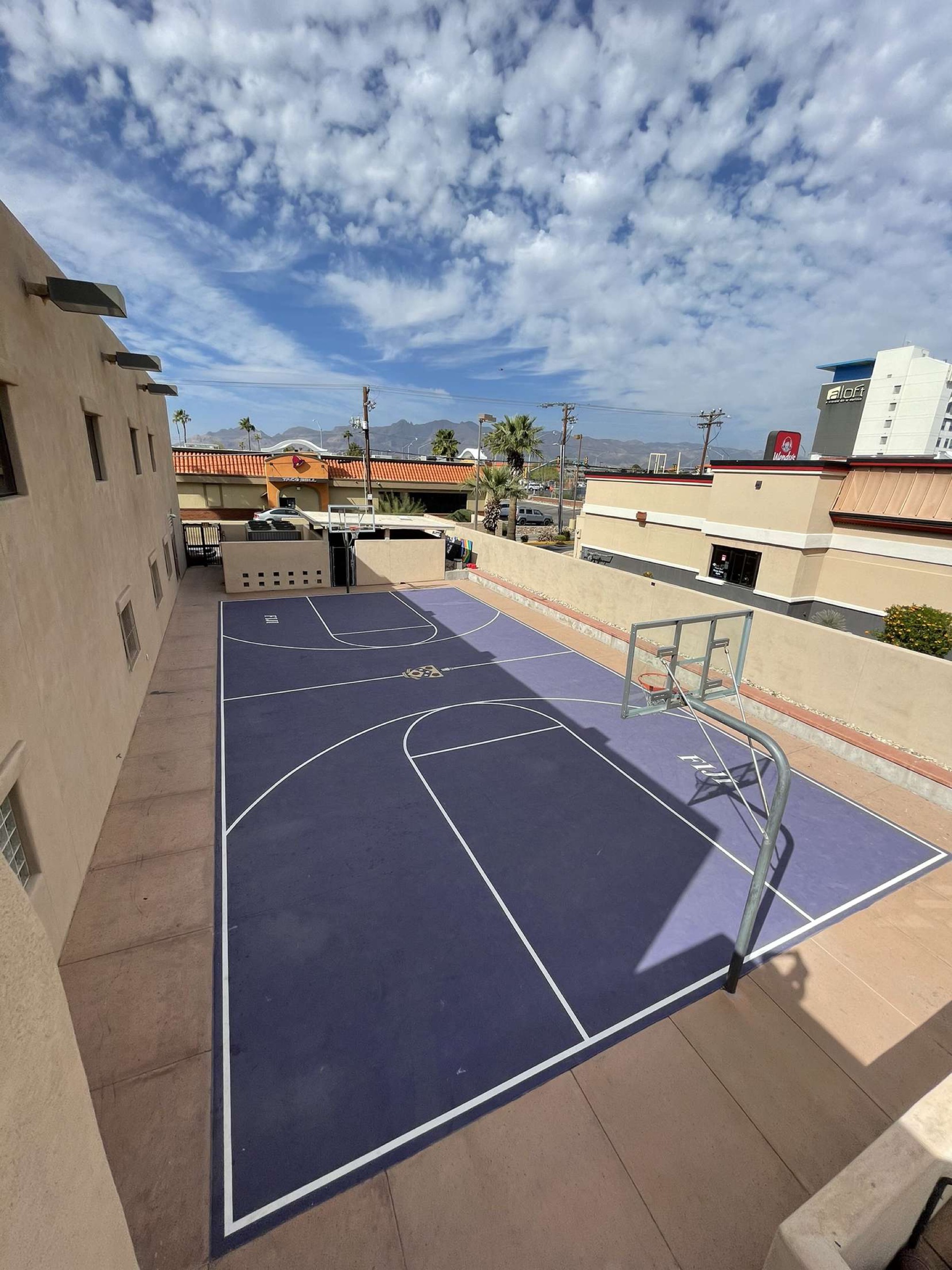 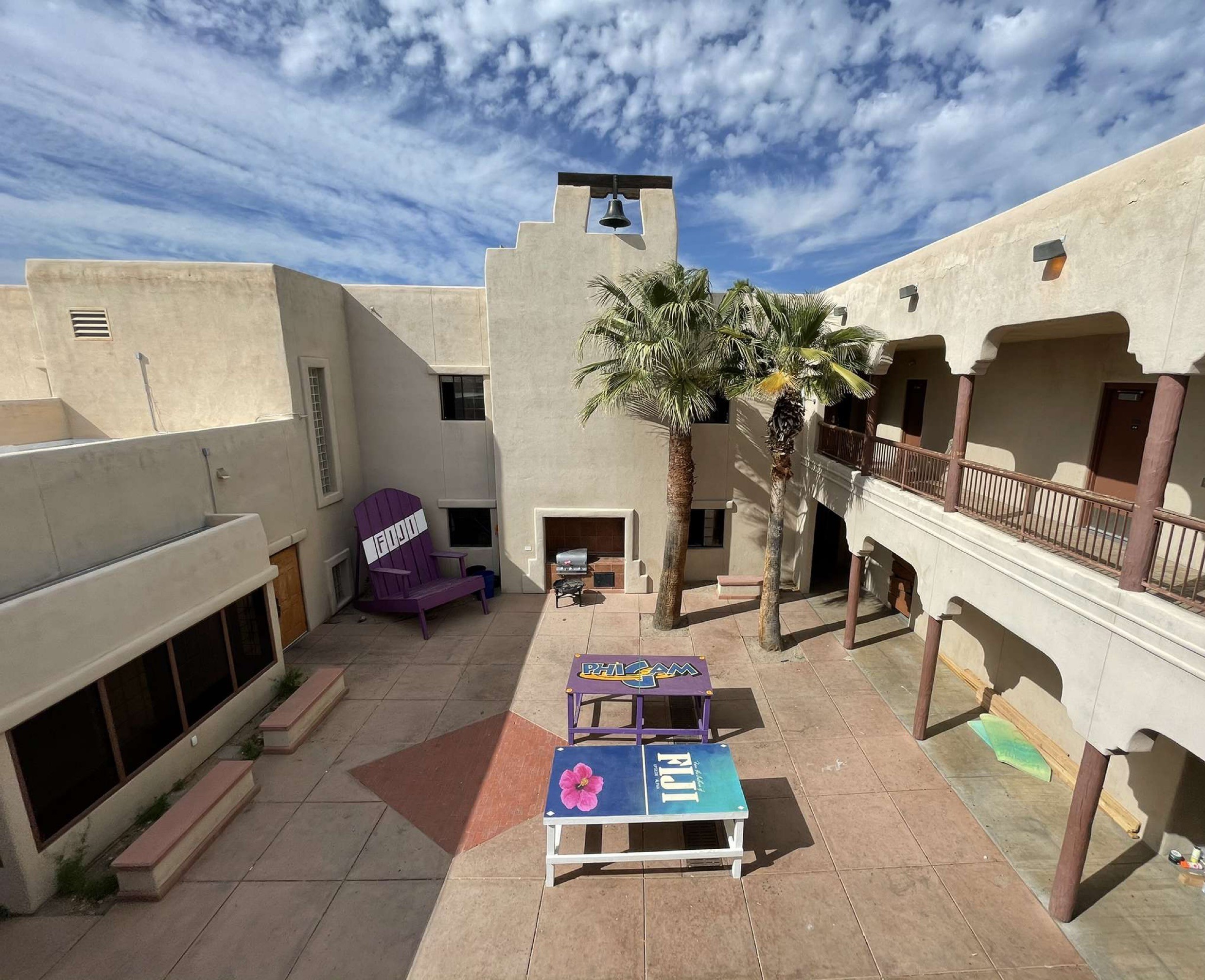 The house has a large dining room which can seat 105 brothers. The dining hall is used for lunches, dinners and chapter meetings. It is directly connected to a serving area which brothers can grab their food buffet style with fridges and vending machines. The dining hall is also used for some events such as sports viewing or graduate brother events. The walls are filled with composite pictures for years of Phi Gamma Delta brothers dating back to as early as 1960s. 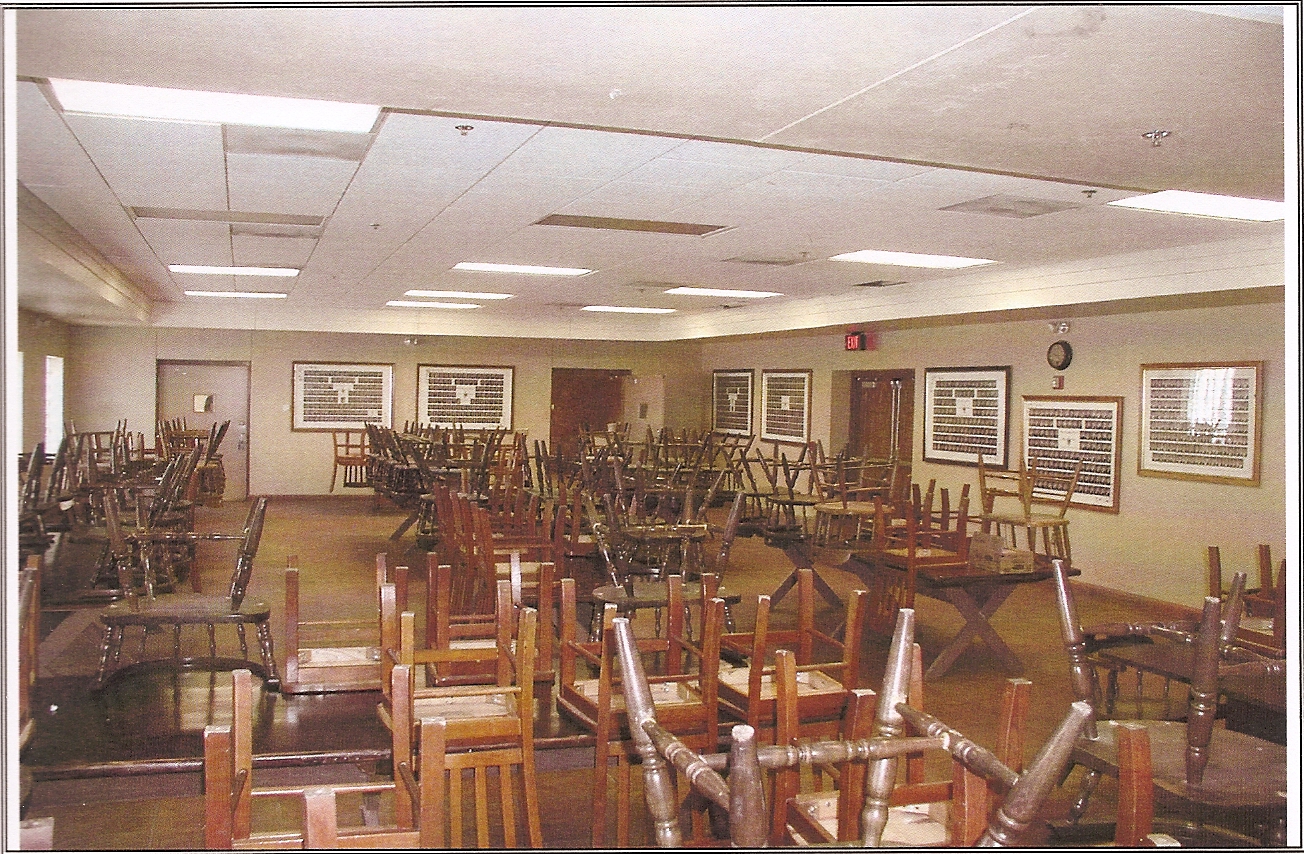 Another major 2020 renovation was the study room connected to our rec room in the basement. The study room was repainted and redesign with TVs installed with a co-working type atmosphere to help active brothers study and work. It is one of the nicest study rooms on campus which helps us bolster one of the highest GPAs among Greek life at The University of Arizona. The study renovation was made possible by graduate brother donations which helped for several 2020 renovations. 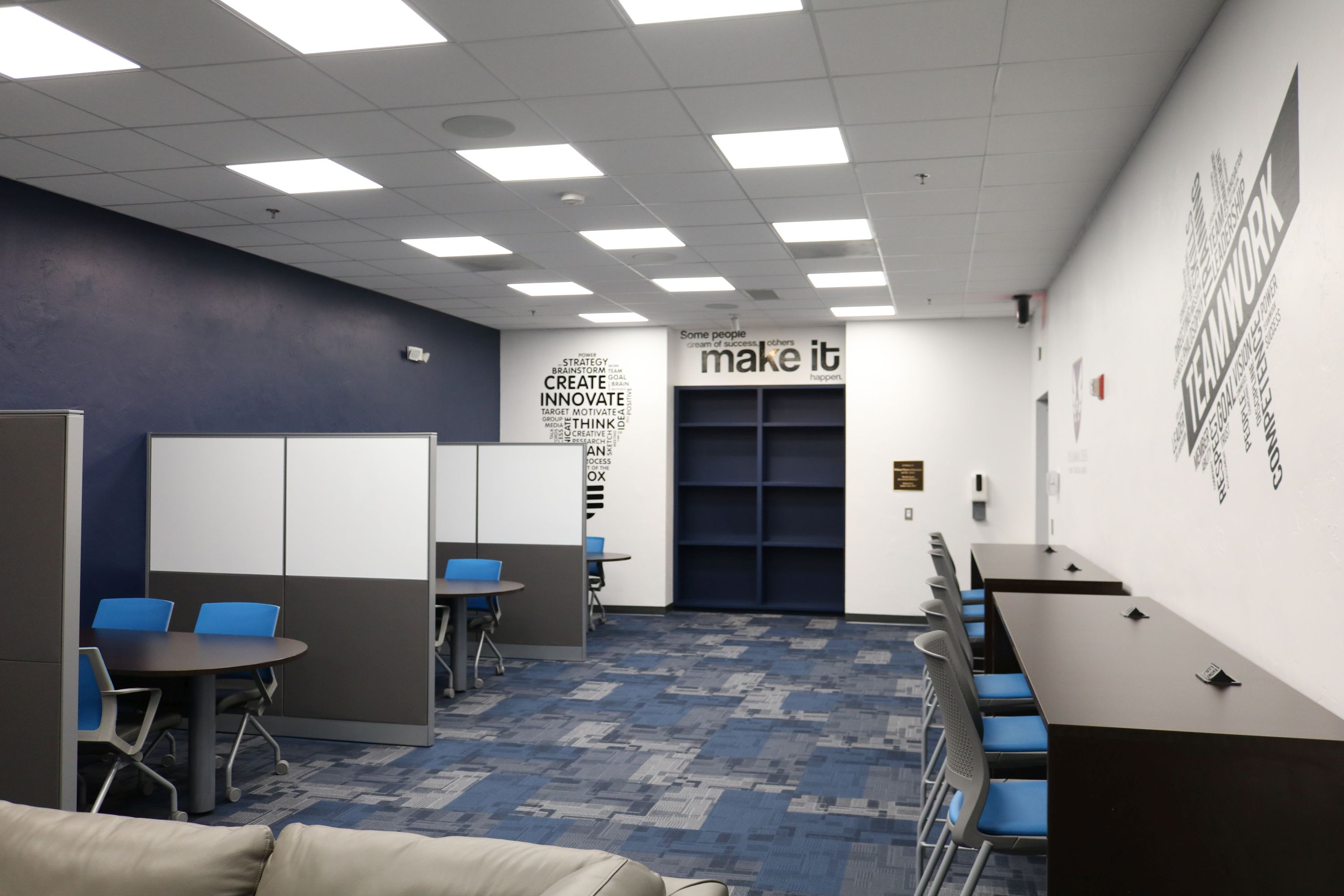 Every room in the chapter house has its own toilet, sink, shower and closet. It is one of the few greek houses on campus that does not have community bathrooms. The FIJ house can fit up to 60 brothers living in the chapter house but usually host around 40 brothers. Some brothers opt to take a 3 person room for 2 people or a 5 person room for 3, etc.

FIJI recruits in the fall and spring with IFC recruitment at The University of Arizona. You can fill out forms at their website https://www.arizonafiji.org/.