“Creating unlimited horizons in Aerospace education through the preservation and presentation of the history of flight.” The mission statement above, from the Pima Air & Space Museum, provides strong insight into the purpose of the facility. The facility is the third largest aviation museum in the world and one of the most well-known museums of it’s kind; located on an 80-acre area, it is home to over 300 aircraft and 125,000 aerospace artifacts. The Arizona Aerospace Foundation is a not-for profit organization and the operator of the Pima Air & Space Museum. This foundation is unique because it runs the museum solely through gate admissions, tours, concessions (such as the museum restaurant and gift shop) and donations. The foundation also operates the Arizona Aviation Hall of Fame, in Tucson, Arizona, and the Titan Missile Museum, in Sahuarita, Arizona. 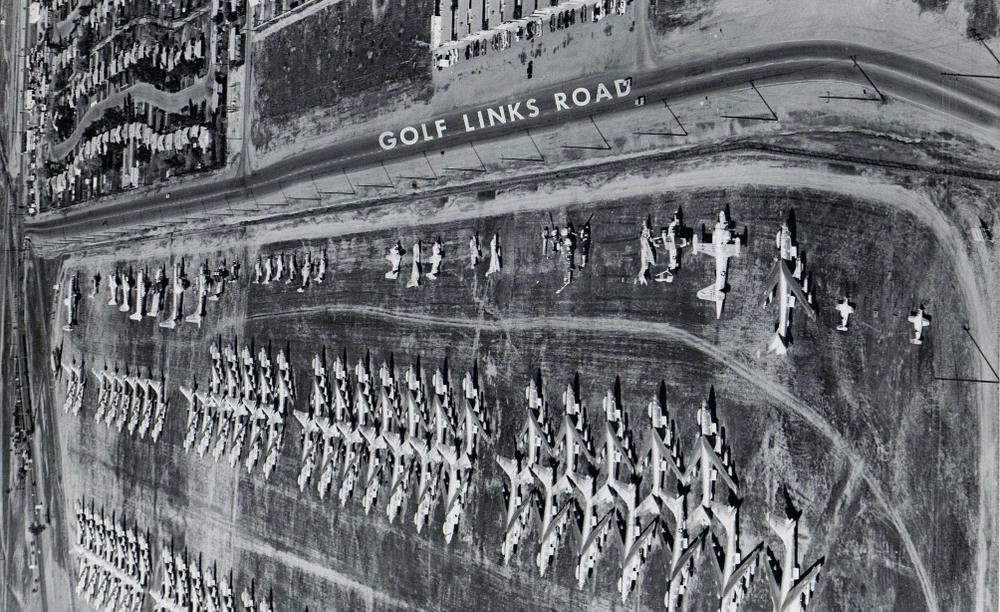 History of the Facility:

The museum has a long history that dates back to 1966, which is also the year that the United States Air Force celebrated it’s 25th Anniversary. The concept for the museum was thought of by commanders located at the Davis-Monthan Air Force Base because they recognized the necessity for preservation of historical aviation equipment and artifacts. These commanders began to display planes, from the World War Two and 1950s eras, along the fence line of Davis-Monthan Air Force Base. The displays were visual to the public and quickly gained popularity because many individuals were interested in these historic artifacts. Although the community was thrilled with the ability to view these aerospace artifacts, it was still somewhat inaccessible.

Recognizing this issue, Colonel I.R. Perkin and other members of the Tucson chapter of the Air Force Association came together to devise a museum that granted the public access to the historical aircraft. This foundation, which was called the Tucson Air Museum Foundation, quickly garnered support from Pima County City and Parks and Recreation officials. This support led to money raised to purchase 320 acres of land just south of the Davis-Monthan Air Force Base. Eventually, on September 11, 1968, the land was awarded to Pima Country from United States Representative Morris K. Udall. Initially, the museum was authorized to fence and light about 30 acres to house the construction of Tucson Air Museum. This began the long process of acquisitions, of aerospace artifacts and aircraft, that would call the museum home. The first major aircraft that the museum purchased was a B-24 Liberator from India; this acquisition was celebrated by the U.S. Air Force, along with the Indian government, when the place had reached the Pima Air & Space Museum. By 1975, more than fifty aircraft, helicopters, and missiles had arrived at the site. This led to the opening of the museum on May 8, 1976, in alignment with the Bicentennial celebration of the formation of the United States. The early years of the museum were slow as the aircraft and artifacts were still being repaired, assembled, and placed throughout the facility.

Although the museum was still young and primitive, attendance was strong and the museum was able to expand. In 1980, the museum began the planning of its first permanent display which was aptly called “Hangar One.” This led to increase attendance and continued expanding of the facility; in 1984, the next building was constructed which was focused on World War Two history and the B-17 Aircraft. In 1987, construction of “Hangar Two” began and was used to house administrative offices, artifacts, archives, and more. Between 1990 and 1994, as strong attendance numbers continued to grow, the museum constructed “Hangar Three” and “Hangar Four.” These buildings were home to even more historic aircraft, which included the B-24J Liberator and the B-29 Super Fortress.

With the expansion of the museum, the foundation recognized that the Tucson Air Museum was no longer a fitting name for the facility. In 1992, the museum was renamed to its present calling: the Tucson Air & Space Museum. This name became even more accurate with the construction of the museum’s Space Gallery, in 1999, which included a full-size prototype of the Apollo Capsule and lunar rock samples. In the following years, the museum has continued to expand and add new buildings; as recently as 2015, a new building was constructed to house additional World War Two aircraft. With it’s 6 different exhibit hangars, the museum currently sits on over 80 acres of land.

Visitors can pay $6 for an all day tram ticket or can spend hours exploring all that is offered by foot. Guests can join the free walking tours led by museum docents. The facility provides visitors with many different exhibits to choose from: Outdoor Exhibits, the Main Hangar, the Space Gallery, the Hangar 3, the Hangar 4, the Hangar 5, and the 390th Memorial Museum. 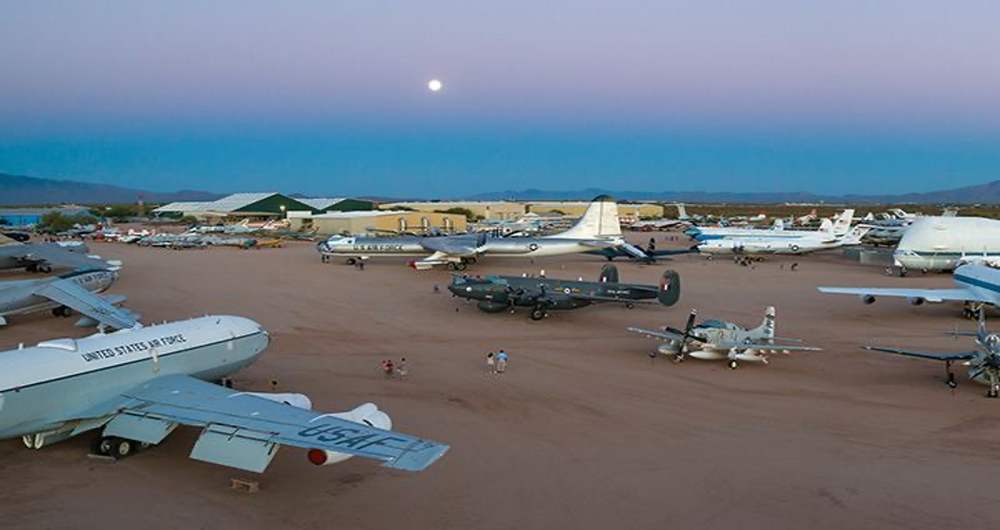 The main hanger houses airplanes such as the SR-71 Blackbird, F-14 Tomcat, and F-4E Phantom II. The theme within the main hangar is that of iconic airplanes used throughout the United States history. 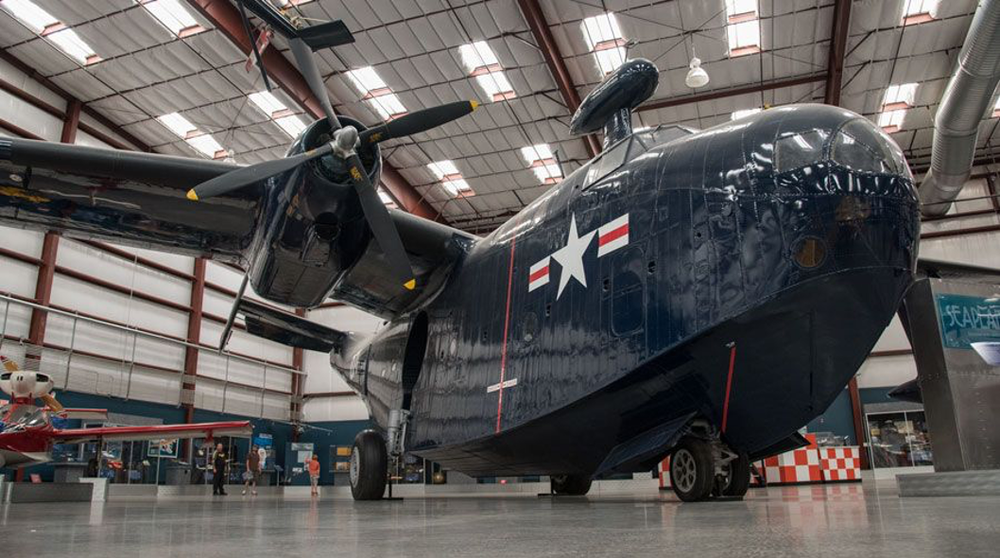 The space gallery exhibit, one of the most popular within the museum, houses moon rocks and a capsule from the Apollo 13 movie. Also within this exhibit are planes that have been utilized by the Air Force and NASA; included are the X-1, which broke the speed of sound barrier, and the X-45, which was used as a hypersonic test plane. 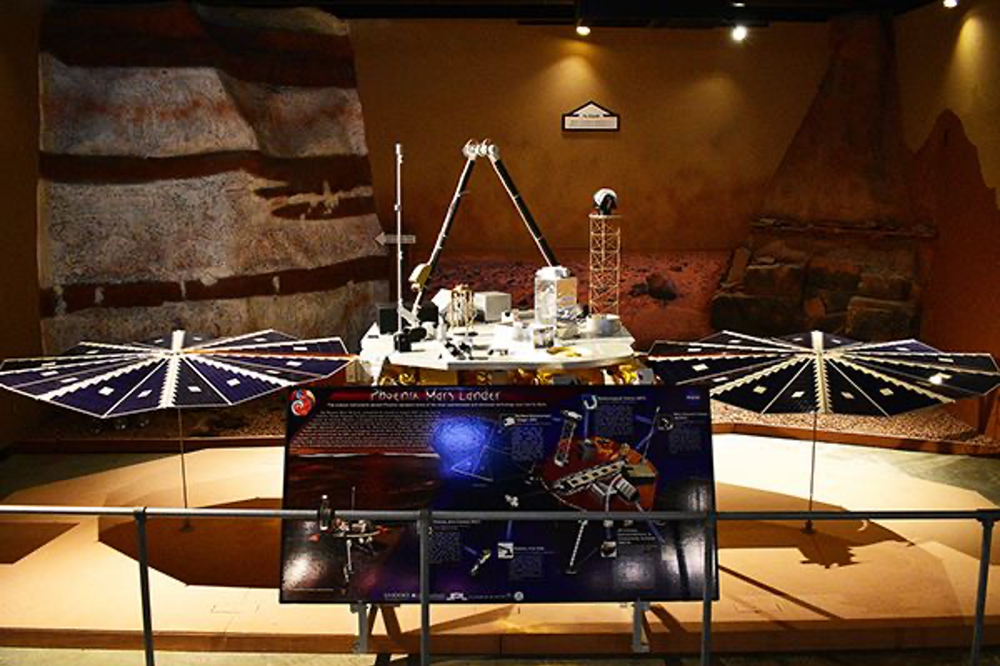 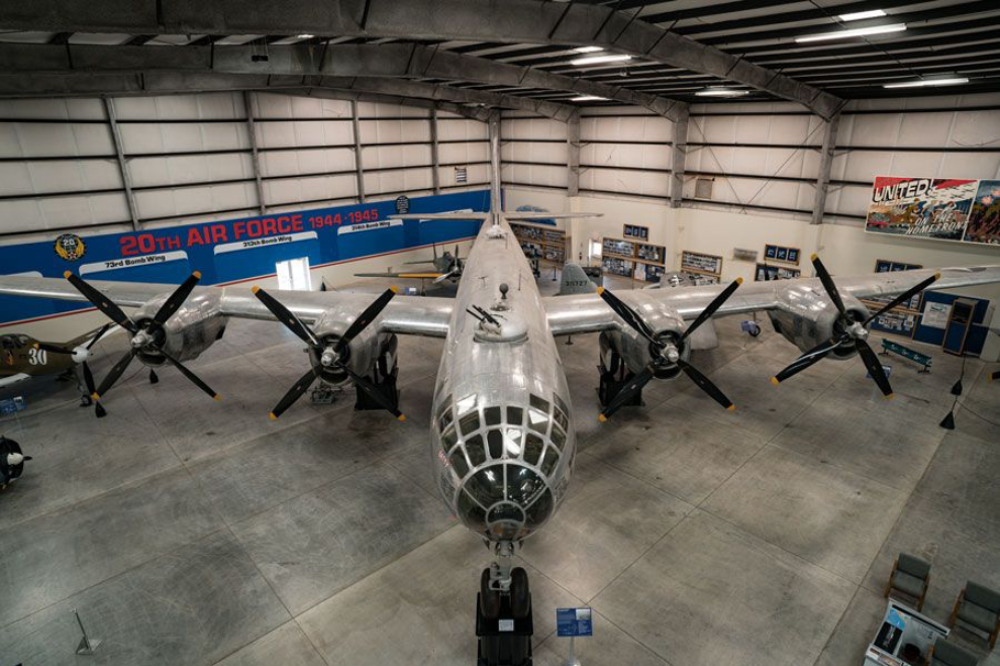 Finally, the 390th Memorial Museum, which is a separate entity housed on the same grounds, is home to one of the most iconic aircraft in United States military history: the last B-17 Flying Fortress that was used by the U.S. military.

Aside from the aircraft on display inside and outside the buildings, there are also areas in the museum dedicated to honoring WWII veterans (primarily airmen) by featuring their names, ranks, names and pictures pictures of bombers they were on, and whether or not they were shot down by enemy fire.

While the museum is known for its vast collection of aircraft from many different periods of time, they have also begun to build a reputation for childrens attractions. In recent years, the museum has been opening after dark once a month for their "Kid Night" which includes many different fun, child oriented activities that encourage young people to learn more about aviation! Children under the age of 12 are admitted for free on these monthly occasions.