Rillito Race Track is located at 4502 North First Avenue, Tucson, Arizona 85718 and sits on 90 acres.  The Rillito Race Track was built on Rukin Jelk's Stud Farm, one of the founders of modern Quarter Horse Racing.  The Rillito Park Foundation manages many aspects of the racetrack including the Jelks Stud Farm house which in and of itself is a historic site, eleven full-size soccer fields and facilities near the track that are used for a year round farmers’ market.  The foundation is dedicated to preserving and future development of the racetrack.  In January of 2017 the Pima County Board of Supervisors approved a four-year extension of racing through June 2021. 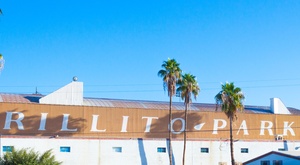 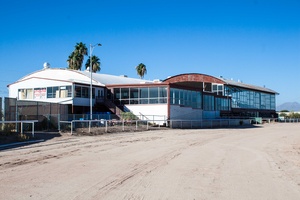 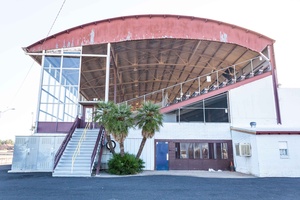 J. Rukin Jelks from Woodruff County Arkansas came to study at the University of Arizona to earn his degree in animal husbandry in 1922.  He married Della Leona Jeffries and made their home here in Arizona.  In the late thirties he purchased land along the Rillito River with his new wife Francis Barry and along with is friend Fred Knipe, designed J. Rukin Jelks Stud Farm on five acres. 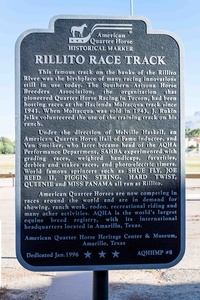 American Quarter Horse Historical Marker - Credit: Robert Bourland1943 - Opened and called the Rillito Race Track and considered the birthplace of modern, formalized Quarter Horse racing and the photo finish.  Along with his friend Melvin H. Haskell, they created a track in his  backyard for him to race his personal horses.

2012 - Listed on the National Register of Historic Places

2017 - Many donors stepped up for the 2017 winter session held between February and March. Thoroughbred racing and Quarter Horse racing were both held.

Original race track included a 'chute' straightaway and later with a five-eighth-mile oval added in 1953, Thoroughbred racing was brought to the track. 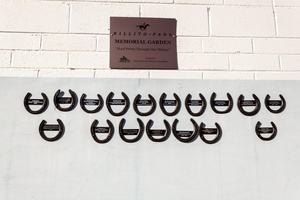 Rillito will race Saturdays and Sundays, along with two Friday programs, winter 2018 starting in February through March.

Gates open at 10 a.m. and close after the last Simulcast race.

No outside food or beverages are allowed in. Please no pets. 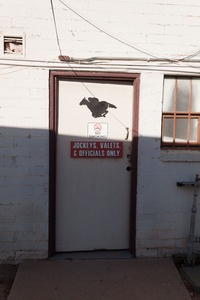