The Southern Arizona Transportation Museum is located at 414 N. Toole Ave. Tucson, AZ 85701. Admission is free and their current operating hours are Tuesdays, Wednesdays, Thursdays, and Sundays from 11:00 am - 3:00 pm,  and Fridays and Saturdays from 10:00 am - 4:00 pm. The museum and associated preservation projects are run by volunteers and are dedicated to education, research, and preservation related to the history of transportation in Southern Arizona. 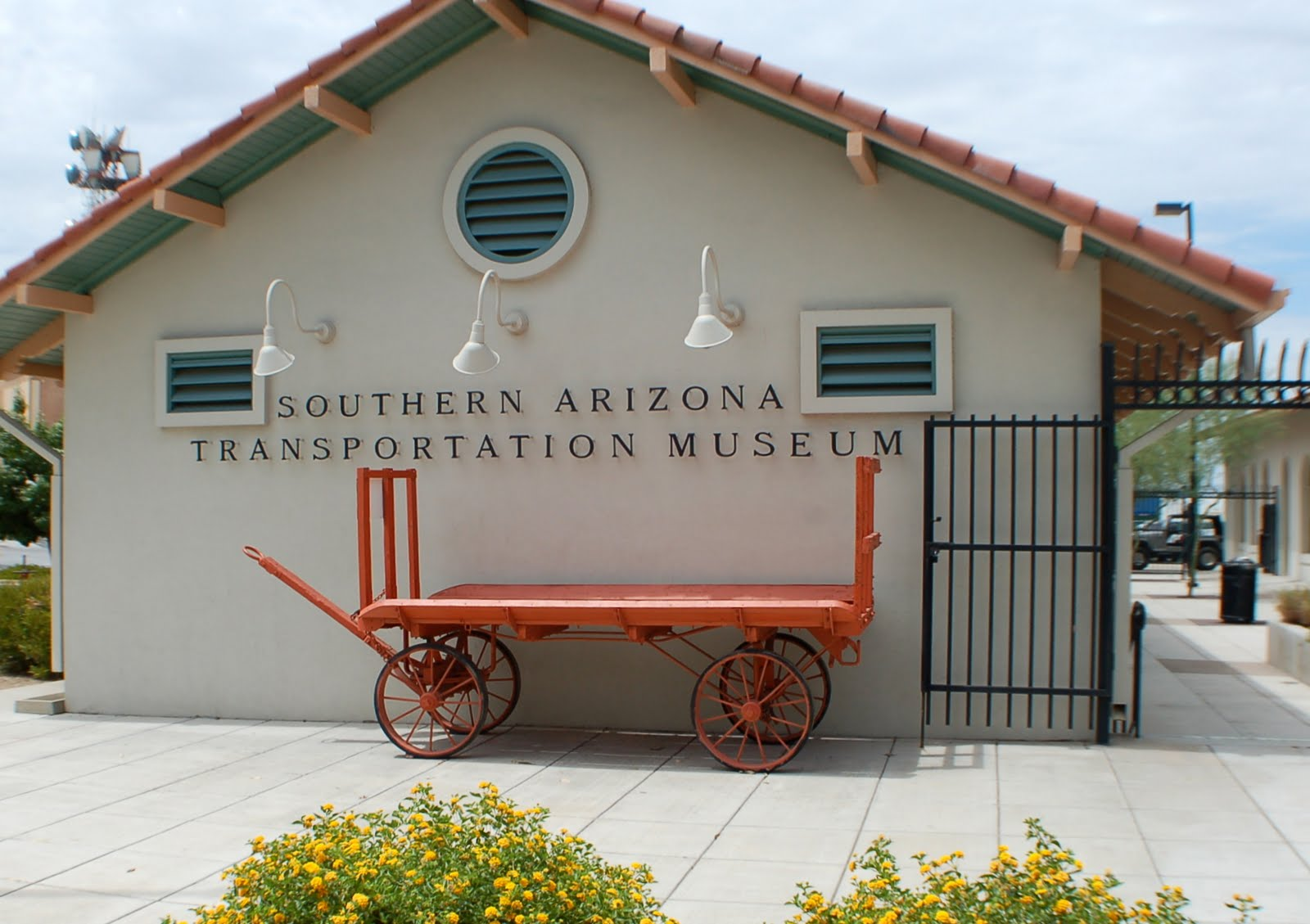 History of The Museum:

The brick stucco building where the museum currently resides was originally built in 1907 and served as the Southern Pacific Depot records vault. In 1998, to save the structure from being demolished, the City of Tucson purchased the building. After acquiring the site, the city worked began the process of restoration, which was completed in 2004.  During that time, a committee was created to convert the restored historical building into a museum, which opened on March 20th, 2005 on the 125th anniversary of the first train arriving in Tucson. (“Some History of our Depot”) 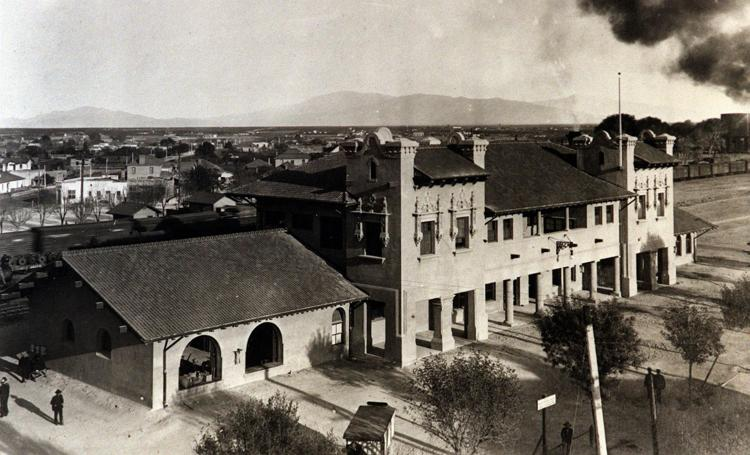 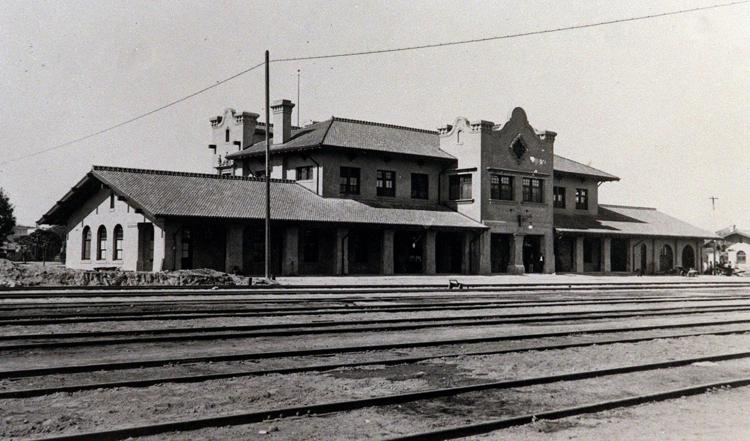 The Museum has an active collection department whose goal is to collect and display artifacts and photos relevant to the history of transportation in Southern Arizona. These collections are used to create educational displays for the museum which are open to visitors at no cost. Those who wish to loan or donate relevant historical items can contact the museum at (520) 623-223. (“Preservation”). 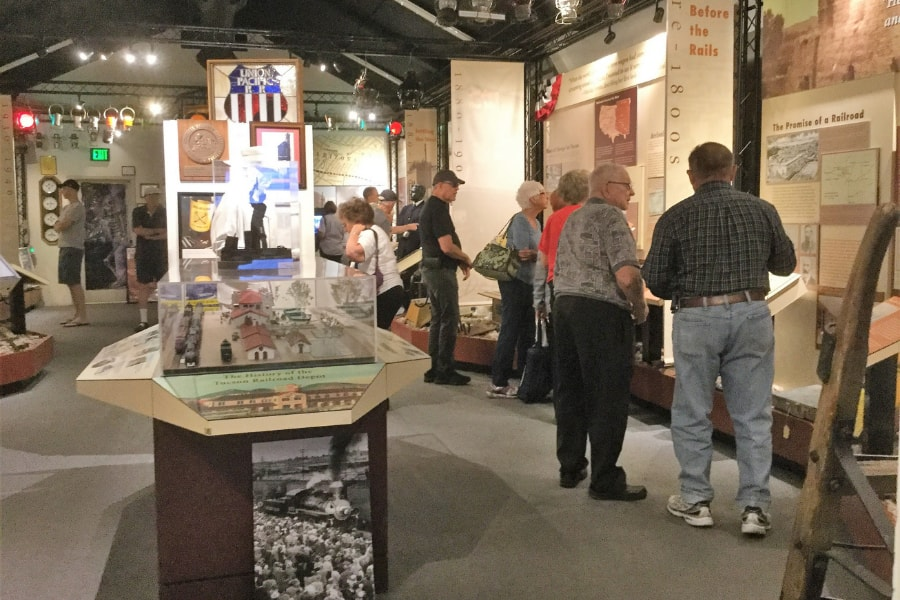 Another focus of the museum’s preservation is its oral history exhibit titled “Voices of Southern Arizona Railroaders” and directed by Renée Ross (“Oral History Program”). According to Ross, the purpose of this project is to build off of the accounts collected by the Arizona Historical Society in the 1980s from individuals who worked on the railroad during the are of steam locomotives and as an, “an opportunity for post steam era employees to relate how this new technology changed their jobs, taking into account how social changes such as the equal rights movement, the changing role of unions, politics, and railroad mergers forever changed a traditional workplace.” (Ross, “Voices of Southern Arizona Railroaders”). The project currently includes about 24 hours of audio recordings from interviews with railroad personnel. Written excerpts from the recordings can be found at this link.

The museum also manages a library of items available for use at the museum including books, films, other printed materials, and archived items. On the museum’s website, a digital index of this library can be found and searched. Upon request, the materials listed in the index can be accessed at the museum (“Library Holdings”). To learn more about the historical significance of the museum’s location and collection visitors can also reserve guided tours for a small fee as well or attend one of the many educational and community events the museum hosts throughout the year.

One of the museum’s main features is an original Southern Pacific steam locomotive, 2-6-0 Mogul #1673. This train was delivered back in 1900 from the American Locomotive Company in New York and assigned to Tucson in early 1901 (Amrail Web Article). During its 55 years of service, it has logged over one million miles as a freight train in the Southern Arizona area. It is also famous for having been included in the iconic 1955 film Oklahoma. (“FAQ”). After retiring in 1955, the engine was donated to the City of Tucson and was displayed in Himmel park for some time. After years of neglect, the locomotive was eventually registered with the National Register of Historic Places and cosmetically restored in 1994. In 2000, the train was moved to the Southern Pacific Depot where it is currently on display. The Southern Arizona Museum of Transportation’s preservation efforts have kept the #1673 engine, being one of the few locomotives of its class left in existence, in good condition and visitors of the museum to come and learn about this important piece of Tucson’s history (“About Southern Pacific Locomotive”). 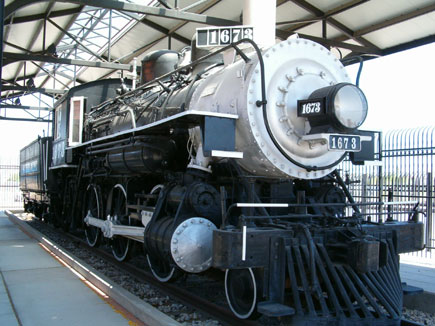 Another notable installment is the Earp and Holliday statute located outside the museum. This life-size sculpture, Doc Holiday on the left and Wyatt Earp on the right, commemorates the shooting of Frank Stilwell by Deputy US Marshal Wyatt Earp in the Tucson train yard (FAQ). According to popular accounts: due to events surrounding the infamous gunfight at O.K. Corral in Tombstone Arizona, Wyatt Earp’s brother Morgan was killed and his other brother Virgil, seriously wounded and it was believed that Frank Stilwell had been involved. While escorting Virgil to a train bound for California and relative safety,  Earps and Holiday confronted Stilwell in the train yard who had supposedly been waiting to attack the Earps brothers again before they left (FAQ). Although the details of the events are still unclear, the statue at the museum represents a story of vigilante justice and revenge that has become a thrilling and noteworthy event in the early history of railroads in Tucson. 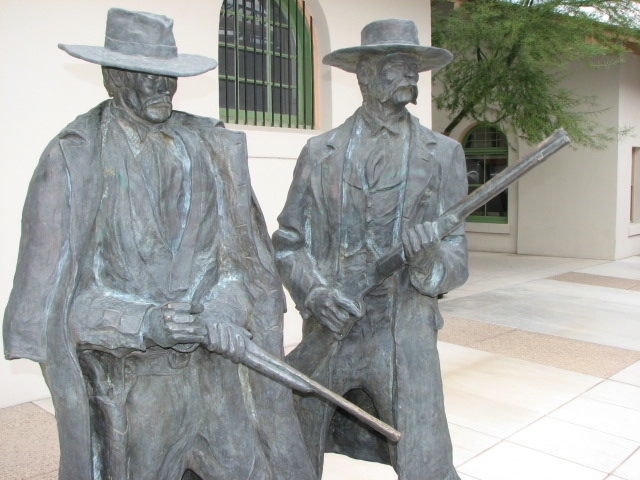 The Southern Arizona Transportation Museum offers a variety of annual and special events, lecture series, and anniversary celebrations. Also, the museum recently installed a camera for a 24-hour stream of the UP Mainline adjacent to the museum. The live video is available on the Virtual Railfan youtube channel at this link.

One of the most important events to the museum takes place on March 20th each year and celebrates the anniversary of the arrival of the railroad to Tucson with a big celebration open to the community (“Events”). 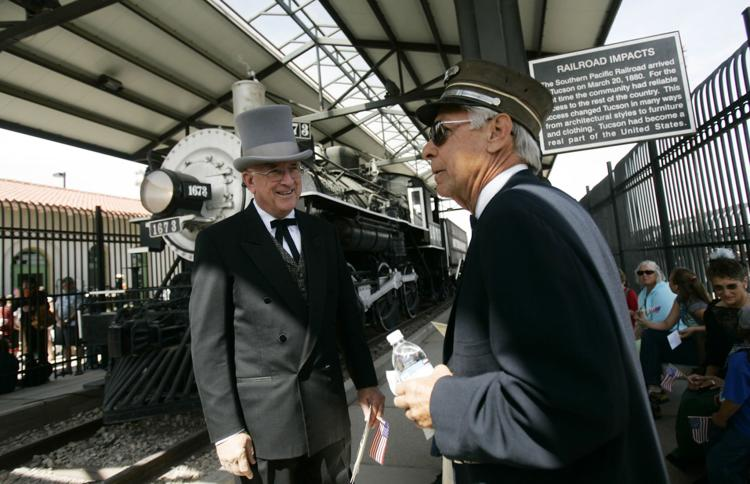 School-aged children are also an audience that the museum works to reach, and are available to offer age-appropriate tours for families and school groups. The museum also partners with the Arizona Chapter of Operation Lifesaver in this regard as they offer educational train safety presentations for youth to promote proper awareness and caution (“Youth education”).

“Honoring Arizona’s railroad industry, The Southern Arizona Transportation Museum shares, preserves, and celebrates railroad men and women across the country and here in southern Arizona” while providing opportunities for the community to learn more about the significance of railroads to Tucson’s history (“Introduction Video”). To learn more about the museum, click this link to watch a video that introduces the museum and its purpose, the history of railroads in Tucson, a tour of some of its exhibits including the #1673 locomotive, and some footage of the museum’s events. Also, check out the museum’s website at tucsonhistoricdepot.org, or find them on Facebook and Instagram to see what’s new and to learn about upcoming events. To contribute donations to the museum’s nonprofit preservation work and education, visit the museum website’s main page.