The Museum of Optics

Hosted at the College of Optical Sciences at the University of Arizona, the museum provides public access to its collection of antique and historic optics, which includes telescopes, microscopes, cameras, camera lenses, and optometrist lenses. 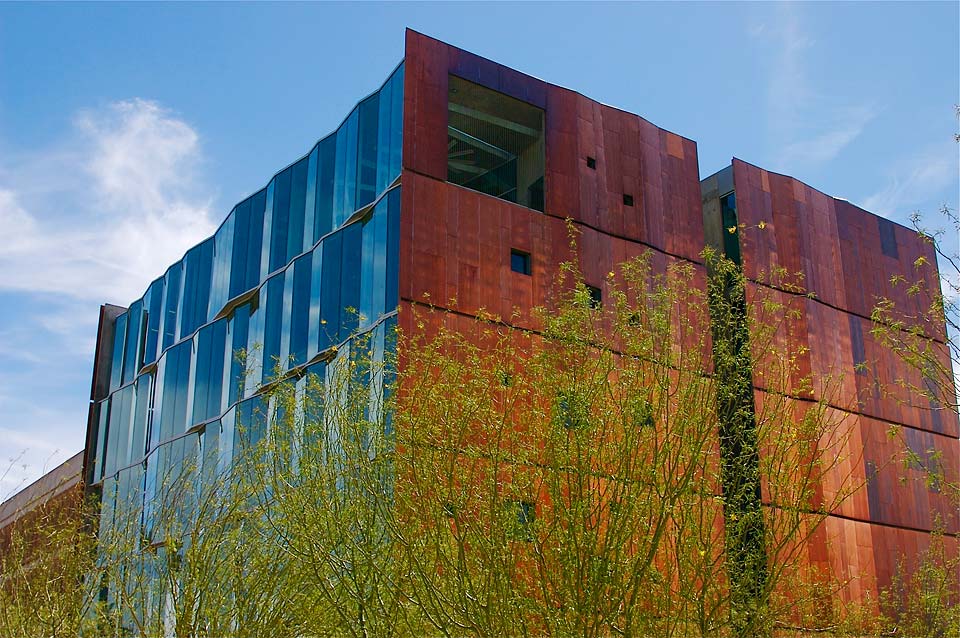 Optics is the scientific discipline that deals with the study of light, its properties, and how it interacts with other matter. Before telescopes, microscopes, and camera lenses, ancient people and early scientists discovered the refracting and reflecting properties that light has when interacting with water and began to develop theories about light.. They also observed the magnifying properties that water or clear liquids have in a transparent container. They later began to create mirrors and lenses by polishing glass and other shiny minerals like quartz (Glytsis, History of Optics). There is some evidence that by the 1300s people were using lenses to enhance or correct the vision of the user (Vincent, Renaissance Vision from Spectacles to Telescopes). It took nearly 300 years before the first telescopes and microscopes were invented in the late 1590s and early 1600s.

The Netherlands was at the forefront for glass-making and the creation of spectacles. Both the microscope and telescope were inventions created by Dutch spectacle-makers. Zacharias Janssen is sometimes credited as the inventor of the microscope in 1595 (Florida State University, Science, Optics & You). Hans Lippershey is also credited at times for the the creation of both the telescope and microscope, as he had a patent filed in 1608 which is the earliest confirmed record for this type of instrument (Rice University, The Galileo Project). Regardless of which spectacle-maker can really claim the title of inventor of the telescope, Galileo Galilei improved on the existing design and the field of astronomy was born due to his work and findings.

Some scientists, rather than looking out into space, were looking to magnify the things unable to be observed with the human eye. Another Dutch lens-maker, Anton van Leeuwenhoek developed new ways to polish and craft lenses that led to the creation of his microscopes. He is usually credited as the "father of microscopy" as his instruments could provide a 300x magnification, compared to the common 20-30x magnification seen in other microscopes during his time. Leeuwenhoek was also the first person to see bacteria, and protists in a drop of water, and the circulation of blood in capillaries. Because of his discoveries in the field of biology, he is sometimes called the "father of microbiology" as well (Wills, The Evolution of the microscope).

Scientific research is not the only area to progress from optical science; art and entertainment has greatly benefited, as seen with photography and cinema. Without lenses, photography and cine cameras would not exist, and the only way to capture images or frames would be with a camera obscura or pinhole camera.

The quality of life has been improved for many people as well, thanks to lenses that allow for vision correction or enhancement. As discussed earlier, lens making to enhance vision likely started in the early 1300s, but it was not until the 1600s that opticians, or technicians to fit and dispense eyeglasses, existed. By the late the early 1800s, eye problems such as myopia and astigmatism were discovered and lenses were crafted to correct those issues. Optometry was not officially recognized or regulated until 1901, but the wide-scale practice of creating corrective lenses for people with vision problems dates to at least the mid 18th century (American Optometric Association, History of Optometry). 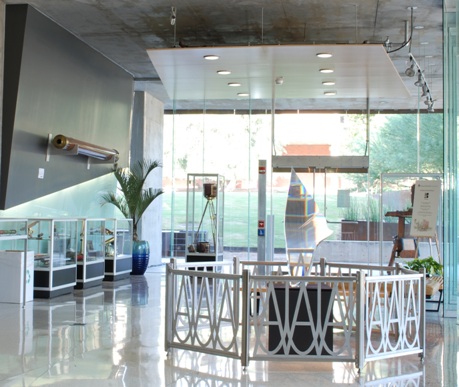 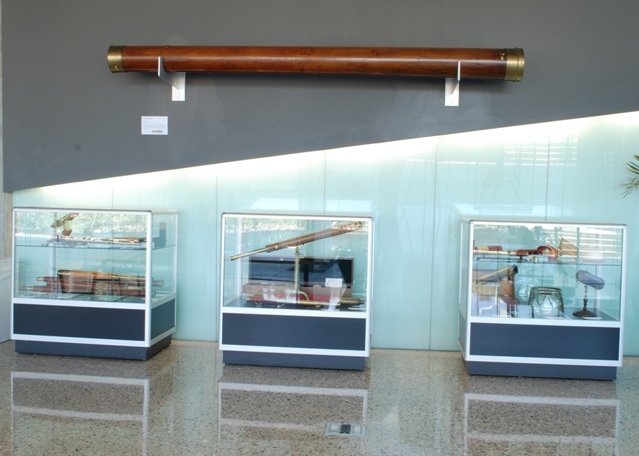 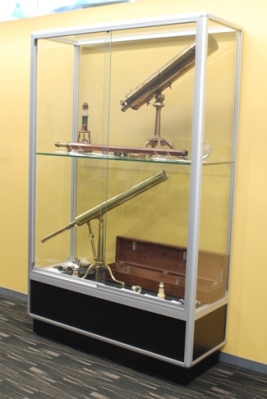 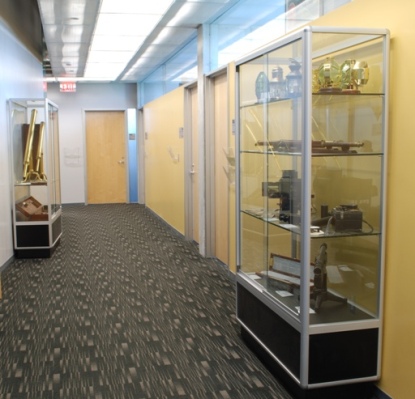 The collection consists of various optical instruments from the 1700s to modern day. Antique telescopes and microscopes make up a large portion of the exhibit, but 19th century cameras and camera lenses are on display, as well as early optometry sets, and surveying equipment.

See the images below to view some of the items on display. 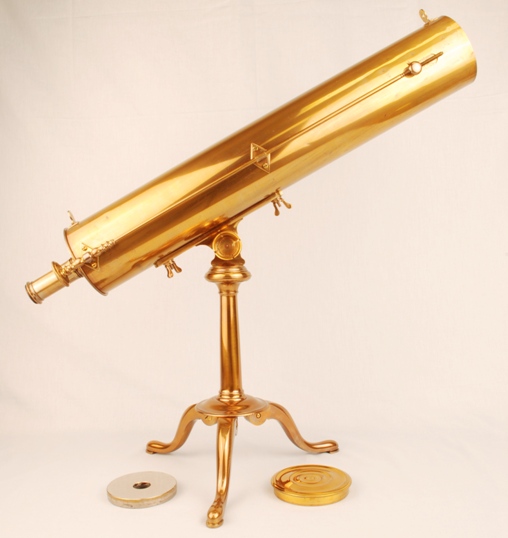 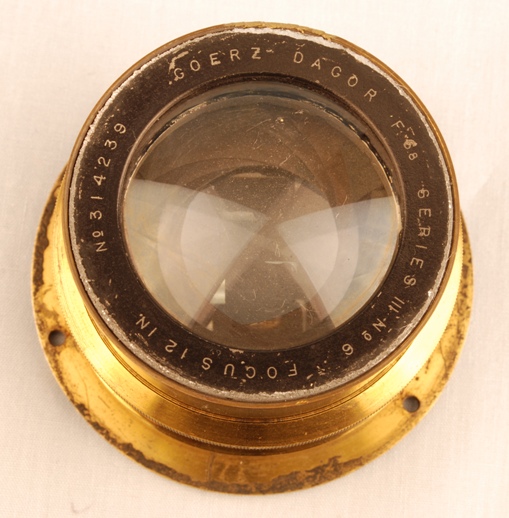 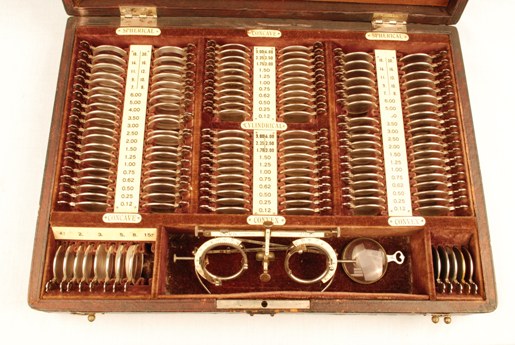 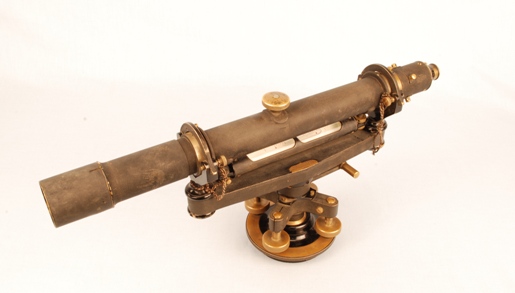 Early 1900s Builders Level by The A. Leitz Company

Photos courtesy of “College of Optical Sciences, University of Arizona”

Importance for Tucson and Local History

The Museum of Optics exists to provide patrons with the opportunity to see rare and historic optical instruments and provides insights into the history and progress of optical science. The University of Arizona is a public research institution so it values these instruments and appreciates the contribution to optical science that these pieces are responsible for. Tucson and the University of Arizona are known astronomy and deep space research. UA is one of the leading institutions for space exploration and its researchers are creating mirrors for the largest earth-based telescope (Mace, University of Arizona). Hosting the museum of optics on UA's campus is a great reminder for both students and faculty of just how far optics has progressed. Not only has optical science progressed the space and astronomy communities, but for the medical, research sciences, information technology, and fine arts communities as well. The microscope led to discovering microscopic life and laid the foundation for microbiology. Spectacle-makers honed their skills and began studying the eye to develop corrective lenses to enhance vision. This led to the development of optometry as a profession and subject of medicine. The modern internet relies on fiber optic cables to transfer data across the globe. Photography and cinematography require precisely engineered lenses to capture light for either entertainment or historical documentation. These industries have experienced the most significant growth from the development of optical engineering, but they are not alone. Optics is one of the oldest branches of physics and the progress and development of optical instruments has been felt by nearly every industry. The University, and Tucson, should be proud to host a fantastic collection of antique optical instruments.

Admission to view the exhibit is free, but donations are appreciated.