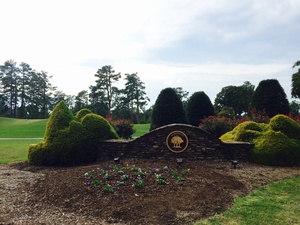 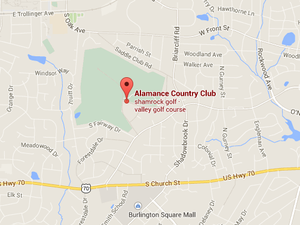 The Alamance Country Club emblem on a rock wall featured when you enter the club.

Since 1946, Alamance Country Club has been the ideal private country club for families, golf  enthusiasts and business professionals alike.   Members enjoy a supreme level of service and attention along with all of the amenities that the Club has to offer.  If you are looking for a place with great golf, swimming, and tennis, excellent food and fun for the whole family, Alamance Country Club is the place for you.

In 1945, the Piedmont Country Club was shut down, which prompted the discussion of a new club being formed.  Through the diligent the work of Thomas Cooper and Emerson Sanders, the Alamance Country Club was formed in 1946. Naturally, the Club has gone through drastic changes since then. For example, the golf course was extensively renovated in 1999.

Since opening in 1946, Alamance Country Club has been widely known for having an excellent golf course. The course was originally designed by Donald Ross, who has designed hundreds of championship golf courses throughout North America. In fact, Ross was known as the single greatest golf architect in the United States.

Because Alamance Country Club has always regarded its golf course as its “cornerstone,” ownership decided to invest in a full restoration of the course in 1999. The wonderful layout was maintained, and the greens and bunkers were renovated to perfection. Various tee boxes were also moved back to lengthen some of the more challenging holes.

The setting of the course is sensational. Each fairway is trimmed to ideal length, with a defined difference between the first and second cuts of rough. The greens are extremely well groomed, with a quick pace and smooth slopes. Contained greenery surrounds each hole, creating a peaceful environment while playing. Trees generate portions of much needed shade, but the warm North Carolina sun is still prevalent enough to give the course a Southern flavor. Club cars constantly circle the course to provide complementary refreshments, a generous touch to the Club’s famous charm. 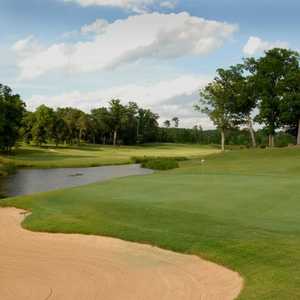 The Alamance Country Club contains five lighted tennis courts for its members to use. The well-maintained facility is ideal for any players at any level. The courts can be used for simply hitting the ball around for fun, as well as for competitive matches. For those with the goal of improving their tennis skills, lessons are offered with certified professionals. Tournaments are also held for those who wish to participate. However, competition is certainly not mandated. The tennis courts are open every day of the week, and families are more than welcome to take advantage of them. If one wishes to practice alone or simply doesn't have a tennis partner they can take part in using the expansive hitting wall or try out the high-tech Playmate Ace Ball Machine.

The courts themselves are kept in wonderful condition. The greenery around the courts adds to the consistent charm of the club. Red blossoms line the courts, which make them a very peaceful place – even during a match point! 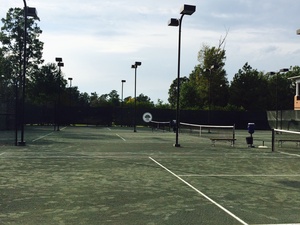 A picture of one of the three sets of tennis courts offered.

Alamance Country Club prides itself in having superb fitness facilities to accommodate its members. The fitness center includes both free weights and cardio equipment. Members are also granted the option to sign up for various fitness programs the club offers. These include message therapy, nutritional counseling, group fitness classes, and personal training clinics. As is the case throughout the entire club, the fitness center is very aesthetically pleasing – overlooking the 9th green of the golf course. 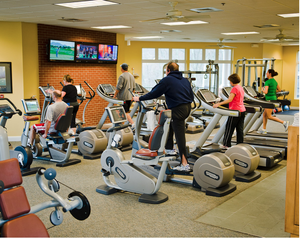 The Alamance Country Club is equipped with two swimming pools. The first pool is twenty-five yards and of regulation depth. Certified lifeguards are on duty to ensure the safety of those in the water. There is also an extremely shallow pool for younger children who have not yet let learned to swim. The cool water is a great way to refresh after being in the hot North Carolina sun.

While swimming is always a fun activity, many members also enjoy the beach-style chairs set up alongside the pool. Each chair has its own umbrella to shield excess sunlight, but most people enjoy bathing in its warmth and working on a golden-brown tan. Of course, sun-bathing can become dehydrating after a while, which is why Alamance Country Club offers refreshment beverages throughout the day. If in the mood for a snack, the poolside snack bar offers various food options from 11:00 A.M. to 7:30 P.M. Though usually only open until 8:00, the pool is open until 10:00 on Thursdays for family swim night.

Alamance Country Club also accommodates for those who want to do more than just utilize the pool for lounging purposes. In fact, swimming lessons are also offered for members of all levels. For those who are already confident in their swimming and wish to do so competitively, the club offers a swim and dive team. 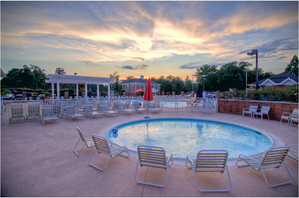 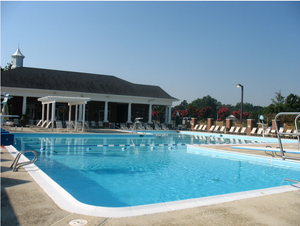 Alamance Country Club takes sincere pride in its state of the art facilities, which is why the club is honored to host various events. Such events include, but are not limited to: weddings, business gatherings, or meetings of any kind. In addition to its golf course, fitness center, and swimming pools; Alamance Country club also has various conference rooms that are perfect for meetings and other relatively small gatherings. For larger occasions such as weddings, the club offers large banquet rooms – one of which can seat up to 230 people. The other rooms are built for slightly more abbreviated guest lists – ideally made to hold 40-80 people. The variety of rooms available should be able to accommodate for almost any event. 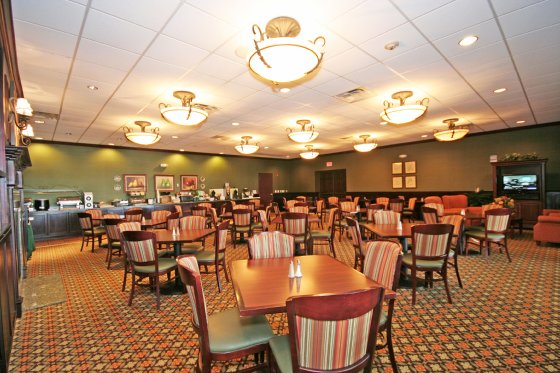 Alamance Country Club offers banquet rooms such as this one, which can be used for events and gatherings. (Image Courtesy of GolfLink.com)