Crime Stoppers has had an office within the Burlington Police Department, the center office for the countywide Crime Stoppers organization, since 1982. The organization focuses on crimes committed inside Alamance County within the jurisdictions of the Graham, Elon, Gibsonville, Haw River, Mebane and Burlington Police Departments as well as the Alamance County Sheriff’s Department. Although currently there is no association with the Elon University Police Department, Law Enforcement Coordinator, Stan Moss, says he would like a closer relationship with the universities’ police force.

The Alamance County-wide Crime Stoppers recommends that witnesses use Crime Stoppers instead of calling 9-1-1 because they understand sometimes it is  a safer alternative than talking directly to the police. Also those who give valuable information about a crime are eligible for cash compensation if the confidential information leads to an arrest. Offering information on a crime that leads to an arrest of a person or persons can result in a cash reward of up to $2,500. So far since it’s founding, the Alamance County-wide Crime Stoppers have given out $70,000 in cash rewards. The Crime Stoppers board determines the amount of money that is to be given to witnesses. The board is made up of 18 volunteers of citizens none of whom receive a salary, as it is a non-profit organization. The chairman of the board is Paul Cobb and the secretary is Rachel Vogler. All board members are volunteers from the community and as of now no board members are law enforcement agents. No one on the board receives any type of salary, as it is a non-profit organization.

Another way of reporting any sort of wrong-doing in the community is going to http://www.ci.burlington.nc.us/requesttracker.aspx and filing an online CBC tip card. A tip card is a program that asks the user about what incident he or she is reporting, when the incident occurred and any other additional comments the citizen would like to add. The tip card can be done anonymously in which case the witness must call the CBC Tip Line at (336) 222-5024 to check on the progress of the tip. If the person filing the complaint does not wish to remain anonymous then he or she may add their name and give contact information where they will be kept up to date on what is being done to solve the case.

Although Alamance County-wide Crime Stoppers offers a way to report all types of criminal activity, the most attention and largest cash rewards are given to information about violent crimes such as rape, murder and armed robbery. An example of a type of crime that the Alamance County-wide Crime Stoppers are looking for is any information one might have about an Armed Robbery that took place on July 20th, 2013 at 1:15am at the Amoco Food Store located at 924 Harden St in Graham, North Carolina. Other incidents include shootings, assaults with deadly weapons, home invasions and many other unsolved crimes. In order to keep up to date on which crimes that the Alamance County-wide Crime Stoppers are willing to pay cash compensation for you can visit their website at http://www.ci.burlington.nc.us/index.aspx?NID=83 . Where they keep an updated list on incidents that require further information from informants. 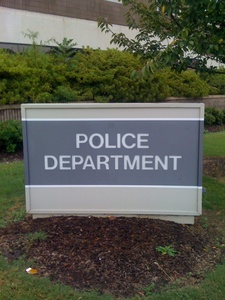 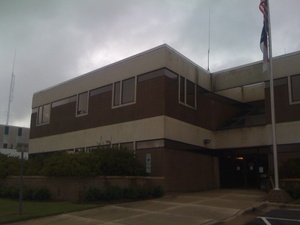