The Bellemont Mill Village Historic District is made up of the three-story brick mill building and the twenty-three associated one and two-story frame mill houses located in Bellemont, North Carolina.  The district was listed on the National Register of Historical Places in 1987 due to the fact that it is one of the most intact examples of a late nineteenth century textile mill villages in Alamance County.  Bellemont is believed to be the earliest extant mill village in Alamance County from this post-Civil War period.

Bellemont Village is architecturally significant because of the early modern techniques used to construct it.  These techniques include the use of circular swan framing timbers used in the mill and in the distinctive houses built for the mill operatives.  The mill is also architecturally significant because of its "slow-burn" construction method, segmental arched windows, and decorative corbelled pendant cornice.  Both the mill and the houses retain their original architectural influences, and the entire village still remains in its original rural setting.  The period of significance for the Bellemont Mill Village Historic District extends from its construction date, 1879-1880, until 1937 when the village was subdivided and some of the original houses were sold to private individuals. 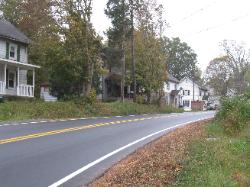 Alamance County was in the forefront of industrialization of the North Carolina Piedmont in the late nineteenth and early twentieth centuries due to its textile-manufacturing industrial base.  Brothers L. Banks Holt and Lawrence S. Holt built Bellemont Mill Village in 1879-1880.  The Holt brothers were major figures in North Carolina's post-Recunstruction textile-based industrial revolution.  This means that they helped rebuild the chunk of lost economic profit that North Carolina and the South in general lost during the American Civil War.  The entire Holt family pioneered and dominated the Alamance County textile industry from 1837 into the early 1930s.  By 1919, twenty-three of Alamance County's twenty-seven textile mills were controlled by the Holt family.

The Holt family had lived near the Great Alamance Creek since 1750 and had grown wealthy and powerful by dominating the country's primary industry, textile manufacturing.  Banks and Lawrence Holt's father, Edwin Michael Holt (1807-1884) recognized the untapped potential of Great Alamance Creek and in 1837 he established the Alamance Factory, which produced bundles of cotton yarn.  This factory was considered to be the "mother" mill of the two dozen or so family-operated mills built between 1837 and 1919.  In 1866 Edwin Holt retired and turned over the management of the mill to four of his older sons, one of them being L. Banks Holt.  L. Banks Holt realized that he now had the profit margin to construct new textile mills all around Alamance County, and he decided to add his little brother Lawrence S. to the mix.  Their first project together was the Bellemont Mill in 1879.

Construction of the Bellemont Mill and village was a joint venture between L. Banks Holt (1842-1920) and Lawrence S. Holt (1851-1937).  The location of their new mill was on the Great Alamance Creek, about three miles west of their father's Alamance Factory.  The brothers hired contractor and mechanic Berry Davidson to construct their Bellemont Mill.  The huge sills and floors of the mill were cut on a circular saw, a relatively new and superior type of saw.  By mid-January 1880, Bellemont Mill was complete and ready for the installation of equipment.  Over the next few years the brothers installed many different types of machinery relating to the production of cotton, such as looms. Bellemont Mill was one of the last water-powered textile mills built in Alamance County.  Before the development of steam-powered mills in the early 1880s, a cotton mill's site was mainly determined by the availability and location of water for power.  Water-powered mills were generally located in rather isolated or rural areas.  There, mills were built first and then villages were built around them.  The mill owners would then invite farmers from the surrounding areas to come work for them.  They were provided housing by the mill owners, as well as schools, churches, and stores.  They basically created a small community. 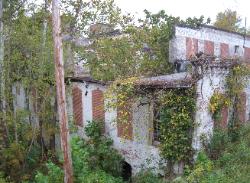 It was common for mill owners in the northern states to built dormitories to house workers, while the southern mill owners constructed individual houses.  Most of the Bellemont mill houses are two stories.  The Bellemont company store, which was originally located across the street from the mill, did not survive, nor did the house which served as the village school.  Many of Bellemont's residents and the mill's workers were women.  Sometimes three to four sisters or cousins lived together under supervision of a housekeeper.  Most women often worked as spinners, spoolers, and housekeepers.  They were happy to help in the factories and earn money while their husbands kept track of their farmland.

A forty year long period of steady textile manufacturing industry growth in Alamance County followed the construction of the Bellemont mill.  Until the late 1890s, Alamance County ranked either first or second among the North Carolina counties in number of spindles.  It also held first place in total number of looms until 1916.  Banks Holt purchased his brother Lawrence's share of the partnership of the Bellemont Mill in 1897.  In 1909 he established the "L. Banks Holt Manufacturing Company" and transferred ownership of the properties to the Holt family-run corporation.  L. Banks Holt died in 1920 and the corporation was operated for a short while by his heirs.  The company began to dispose of its mills during the mid-1920s when the production of cotton goods became less profitable and cotton was replaced by rayon other than synthetic fabrics.  In 1933, E.M. Holt purchased the mill and village and converted the mill to rayon manufacture.  However, he was faced with the high cost of maintaing the village, and eventually subdivided Bellemont Village in 1937 and sold sixteen of the houses to five individuals.  Now, Bellemont Mill has ceased operation.  The mill village continues to be a viable community and an interesting historical landmark with preserved landscapes and architecture.