Boise has a wealth of great places to bike. For an easy ride, hop on the Greenbelt and go as far as you wish. For a more intense workout (with a mountain bike), try one of the foothills trails. 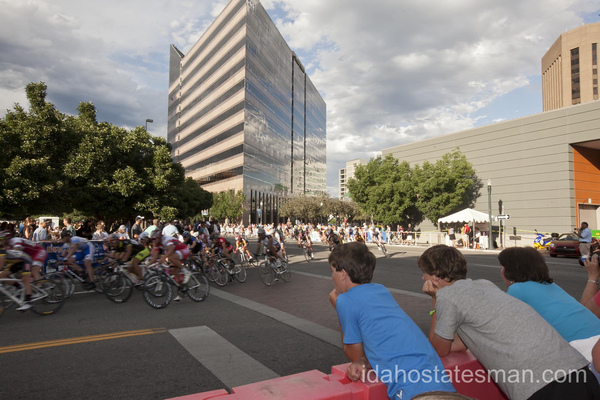 (photo courtesy of the Idaho Statesman)

For the past 25 years, Boise has played host to the Twilight Criterium every summer around the month of July. The most common form of American racing, the criterium is a multi-lap bicycle race held on a closed course in an urban landscape. Due to the extremely fast paced nature of the competition fans and onlookers get to witness a dazzling display of athletic ability as the adrenaline filled race is known to average speeds of up to 35mph. For a day, downtown Boise is transformed into a showcase for professional cycling. Avid fans get the opportunity to witness the top cyclists in America and the world compete against each other for thousands of dollars in prize money. Watch for attacks and chases as various teams try and use different strategies in an effort to take the pole position. While the criterium is an extremely popular event it is not regarded as a national championship event. As such, it is not contested at the world championships. Many professional teams do however use the Boise Twilight Criterium as a preparation for the short course races in the tour.

As early as 1975 the Boise Metropolitan Transportation Study included a plan for improving bicycle and pedestrian laws and infrastructure in Boise. The study recognized the importance of providing safe bikeways both for commuters and recreation. The initial plan called for paths both on roads and along irrigation canals, railroads, and the river - to avoid traffic. While the city has made some strides converting train tracks to bike paths, south of Garden street across the river for example, most bike paths are still along roads and the river. 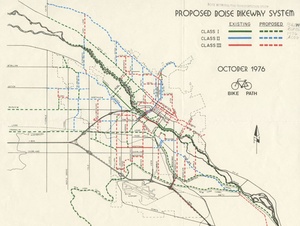