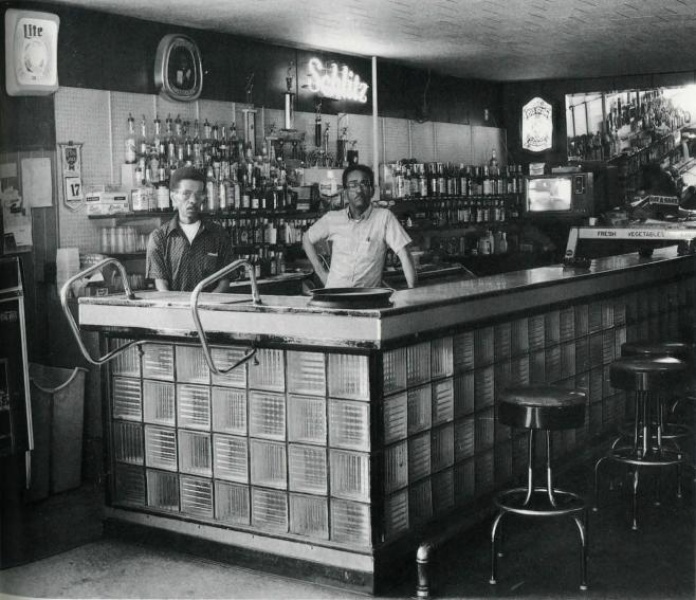 Al Baker was the brother of James Baker. Together, the Baker brothers owned and operated the Blue Island Tavern since 1952 when they acquired the establishment from their uncle Mel Winfield who had started the business in 1935. Originally at 605 North Poplar (now a vacant lot), the Bakers moved the tavern to a new location in 1962. During that time, AI remembered in 1983, they have "seen the whole neighborhood cleared, whole families move away." The Blue Island Tavern stood in a lone building at 514 North Poplar Street. The Tavern closed in the 1980s.