The school's mission is: "We empower students to think critically, reflectively, and apply their knowledge and skills to a greater context. Students experience unique opportunities for STEM education with rigorous and relevant hands-on investigations through inquiry-based instruction, integrated curriculum, and collaboration."

More information on the school is to be found at the school's website. 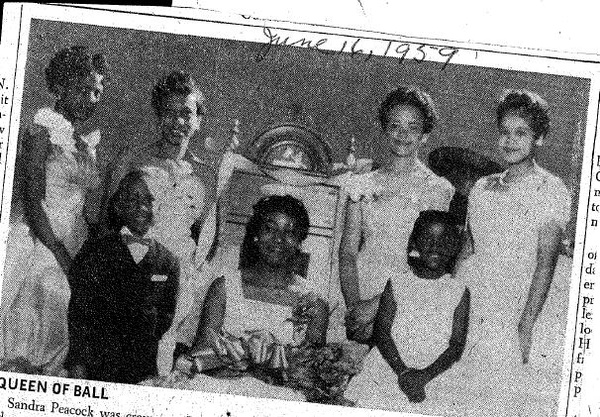 June 16, 1959. Sandra Peacock was crowned queen of the Junior Craftmen's Ball Saturday at Washington School, 606 E. Grove St. Junior attendants were Davis Banks, front left, and Debra Banks, front right. Other
queen candidates who served as attendants were, in back from left: Olivea Nunnaly,Pattie Taylor, Brenda Washington and Carol Alexander.  The queen crowning and dance were held to promote the Junior Craftmen organization, a Masonic group of boys 12 to 19. They, meet in tbe Masonic Hall, 208 N. 1st.