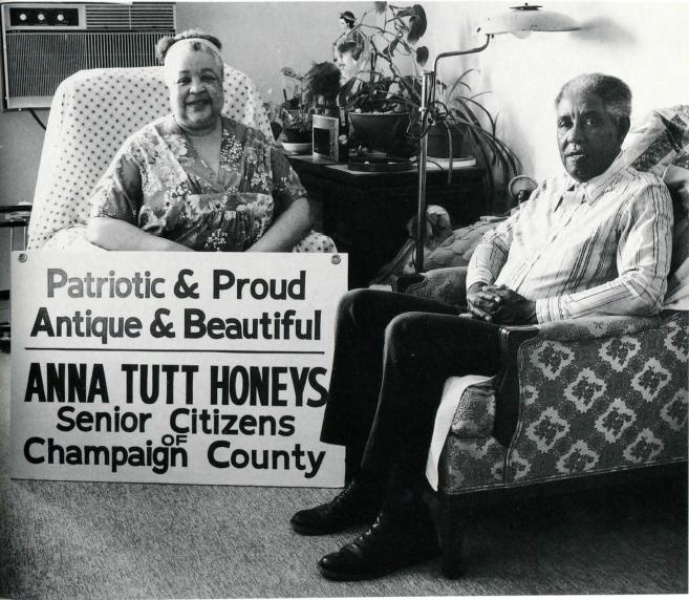 Mrs. Iva Matthews was the wife of Henry Matthews. She was always involved in civic matters and volunteerism, most notably in Anna Tutt Honeys, a senior women's group that she organized in 1969. She has also started a club for Black girls. Over the years the Matthews was most interested in offering "love, care, and concern for others, and doing. something about it."

Iva Matthews, nee Fykes, is the daughter of Margaret Rebecca Morris Fykes, a homemaker born at Laurel, Mississippi on March 1,  1875 (died 1943), and James Lynch Fykes, a railroad worker born at Selma, Alabama on February 22, 1872 (died February 1948). She was married to Henry Matthews. She was a member of Canaan Missionary Baptist Church in Urbana, Illinois. She was also the President of the Anna Tutt Honey's Club. Her other affiliations have included the Senior Forum Legislative Group, YWCA Board, Commission on Fraud for Champaign-Urbana, Commission on Afro-American Cultural Center, Douglas Center Board, Library Board, Housing Commission, and the Human Relations Commission. She organized the first Black Girls Club in Champaign as well as the first Black senior citizens group. She has received many awards for her civic and human rights efforts.