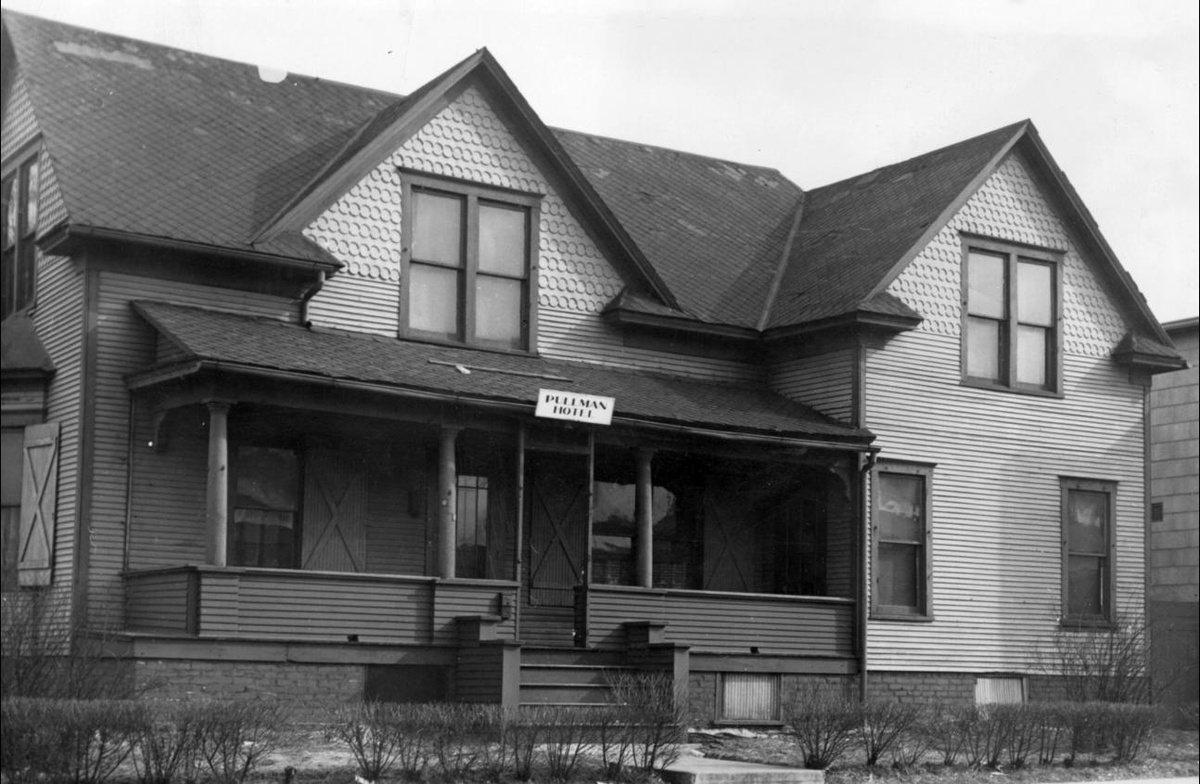 The Pullman Hotel, owned by Margaret Strothers, was a well-established brothel located on North Forth Street.  On February 16, 1939 a fatal shooting occurred here that led the city to actively clean-up "vice" in CU, at least for a few months.  On this night, a group of U of I engineering students had been drinking a Midway, a beer hall.  After drinking for several hours, they went to the Pullman Hotel.  Margaret Strothers refused them entrance, to which one of the men reacted by throwing a glass bottle at her.  The bottle cut the side of her face; she grabbed a gun and fired four shots, one of which pierced the liver of 20-year old William Spurrier.  City officials put a stop to gambling, prostitution, and drinking however, these all resumed after the next election.