"To Better The Man through the creation and perpetuation of Brotherhood"

"The cause is hidden, the results well known" 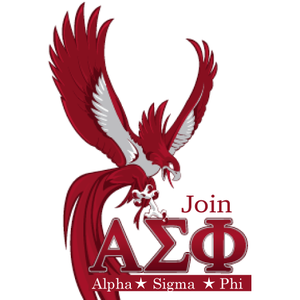 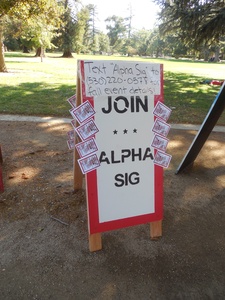 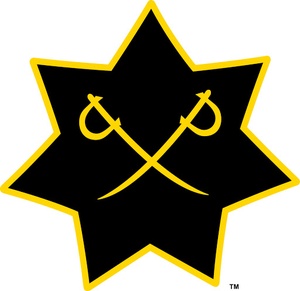 Alpha Sigma Phi (ΑΣΦ), commonly known as Alpha Sig or A Sig, is a collegiate men's secret and social fraternity with 205 currently active chapters. Founded at Yale in 1845, it is the 10th oldest greek letter fraternity in the United States.

As men of Alpha Sig, we strive for academic excellence, athletic participation, and an amazing social experience on campus. We take special pride and attention in our brotherhood and once you become a brother, you will be exposed to the strong bond of life-long friendships and networking opportunities.

The initial 15 members of the University of California Davis Colony were initiated on January 21, 2011, by Dr. Scott Gallagher, Epsilon (Ohio Wesleyan) ‘95, Steve Latour, Delta Rho ‘04 (Central Michigan), Robert Kutz, Nu ‘67 (California), past Undergraduate Grand Councilor Brian Thomas, Nu ‘08 (California), Tom Toller, Nu ‘82 (California), and undergraduates of Nu Chapter. With the assistance of their Grand Chapter Advisor Jeffrey R. Brehmer, California '85, and the Chapter Council, the group of 30 men was chartered as Zeta Gamma Chapter on November 20, 2011. The Ceremony was held at the Conference Center on campus. Notable attendees included: Grand Historian Bob Kutz, Nu '67 (California), and Steve Latour, Delta Rho '04 (Central Michigan), represented Fraternity Staff. Philip Pachtman, Zeta Gamma '10 (UC - Davis), was the Founding President.
We moved to our current official fraternity house on 340 Parkway Circle in 2014 and are neighboring with other social greek organizations such as Pi Kappa Phi, Sigma Phi Epsilon, Kappa Alpha Theta, Sigma Chi, Tau Kappa Epsilon, and Sigma Nu.
With 25 active brothers from diverse backgrounds and different parts of the world, we are proud to say that we are all guided by our core values and mission: To Better The Man.

Ronald McDonald House Charities- Since 1974, RMHC has created programs that strengthen families during difficult times. RMHC provides vital resources and compassionate care to children and their families being served by leading hospitals worldwide. Core RMHC programs — Ronald McDonald House, Ronald McDonald Family Room, and Ronald McDonald Care Mobile programs — provide access to health care and enable family-centered care. Their programs, tailored to meet the urgent needs of each community, can now be found in 65 countries and regions across the globe.

Home for our Troops- Founded in 2004, Homes for our Troops assists severely injured Veterans and families by raising money, building materials and professional labor, and by coordinating the process of building a home that provides maximum freedom of movement and the ability to live more independently. The homes provided by Homes for our Troops are given at no cost to the Veteran they serve.

Aware Awake Alive- Aware Awake Alive prevents loss of life to alcohol poisoning by educating teens, young adults and parents on the dangers and symptoms of alcohol overdose. We generate awareness and dialogue around amnesty-based policy and legislation, and create an atmosphere of partnership in which young people, parents, educators, and like-minded organizations share responsibility for supporting and educating one another.

Founded in 2001 by Alison Malmon after her brother's suicide, Active Minds has dedicated their mission to saving lives and to building stronger families and communities. Through education, research, advocacy, and a focus on students and young adults ages 14–25, Active Minds is opening up the conversation about mental health and creating lasting change in the way mental health is talked about, cared for, and valued in the United States.

Our brothers actively participate on our campus and community through various ways: 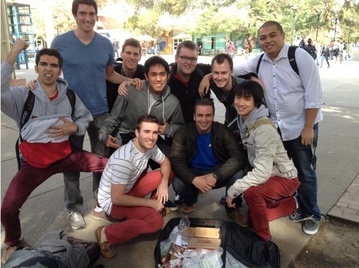 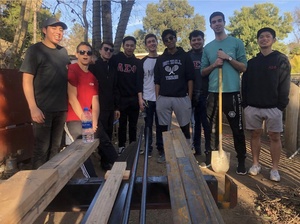 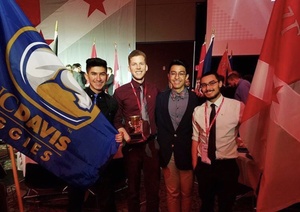 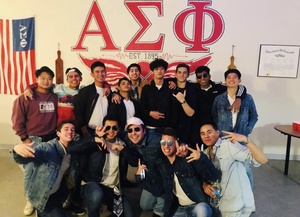 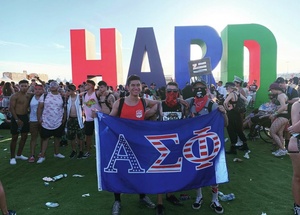 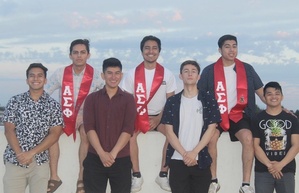 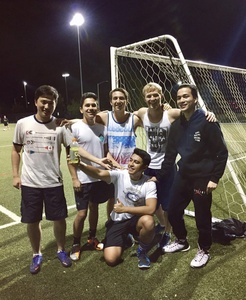 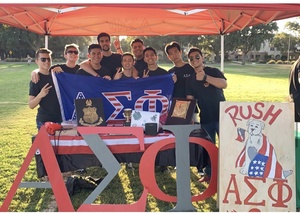 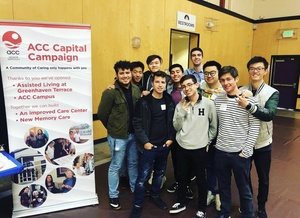 We were awarded 2nd place in Greek Weekend of Service! (Winter 2019)