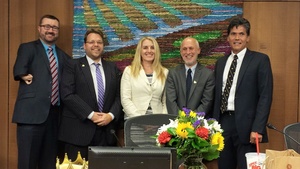 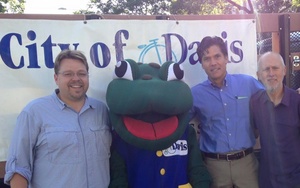 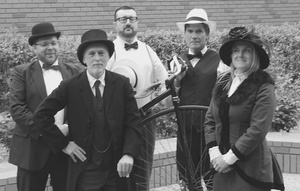 Brett was first elected to the Davis city council in 2012. In his re-election bid in 2016, he was the top vote getter and became Mayor Pro Tem. His mayoral term begins July 2018.

As mayor, Lee seeks to prioritize modern street design, fiscal and environmental sustainability, community-oriented planning, improving the Renter's Resource Ordinance, update the downtown plan (including parking design) and work on the General Plan update. Lee writes that the council should:

Brett attended Valley Oak Elementary School in Davis for kindergarten and part of first grade, but at age five, he and his mother moved to San Francisco. However, for the next 10 years, Brett spent his summers living with his grandparents in Davis. His grandfather was a professor at UC Davis and his mother graduated from Davis High.

Brett attended the UC Berkeley School of Engineering, graduating in 1987 with a bachelor’s degree in Industrial Engineering and Operations Research.

The following year, Brett enrolled at the London School of Economics studying Industrial Relations, graduating with a master’s degree in 1989.

Brett has worked for The Flying Tigers Air Cargo Company as an industrial engineer where he performed staffing and performance improvement projects in Los Angeles, San Francisco, New York, Japan and Taipei.

He worked as an engineer for FedEx at their West Coast Hub in Oakland for 10 years, responsible for productivity and service improvements, development of yearly operating budgets and cost justifications for new projects. He then transferred to FedEx World Headquarters in Memphis, Tennessee and worked for four years in the Business Planning and Forecasting Department. As a business planner, he evaluated projects to determine feasibility and financial desirability.

Brett is currently a process improvement engineer for Farm Fresh To You, a local, organic produce delivery service.

Brett is an avid weekend athlete and is a certified strength and conditioning specialist (CSCS). He is also a fan of music. Some of his favorite bands are The Cure, Siouxsie and the Banshees,  Dead Meadow, Ulrich Schnauss, Boards of Canada and Eastern Sun.

He lives in Central Davis with his son, Jasper, and two rescue dogs, Roo and Benny.

2012-07-05 16:18:20   Congratulations on your successful run for city council. Please keep on eye on how the 5th Street Road Diet impacts parallel streets such as E. 8th between the railroad tracks and "B" Street during the Fall 2012 construction period. We need some attention on this unofficial bicycle boulevard used by hundreds of children at six different schools, their parents and many UC Davis students. —fknochenhauer