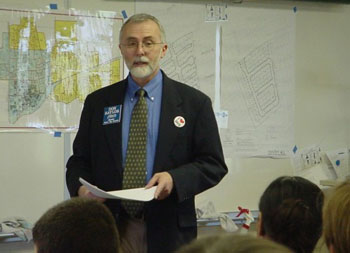 Check out Don Saylor's Biography on the Yolo County website.

Yolo County Board of Supervisors

This has caused some controversy about when he should resign and how his successor is to be chosen. If he were to resign early, a new election could be held for him at the same time as the regular 2010 November election. However, he has said that he owes it to the voters who elected him to stay until January 2011, when he will resign to become County Supervisor. This leaves the remaining Council with two choices to replace him: 1) hold a special election, at an estimated cost of $300,000 when the city budget is already strained or 2) select a successor, which some (e.g., Sue Greenwald) see as undemocratic. Letters to the editor of the The Davis Enterprise suggest that many are unhappy with Saylor's decision not to resign early, although of course there are some who support the decision. This may have something to do with Saylor receiving only 3442 out of 5343 votes , or 64% (as estimated by the Vanguard), even though he was running unopposed. 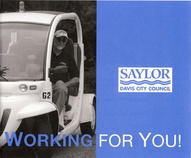 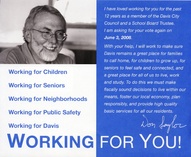 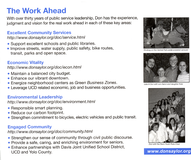 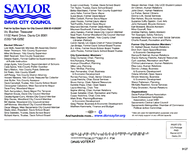