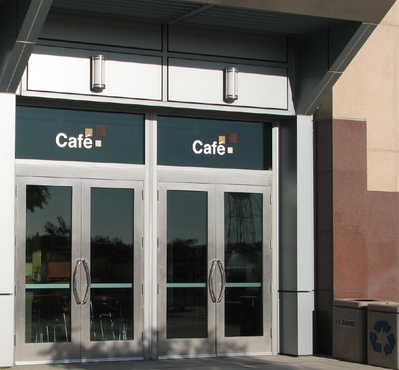 The Genome Center Café was a snazzy 'lil place at the Genome and Biomedical Sciences Facility on campus. It had two large vending machines serving beverages and primarily served coffee, some salads, and baked goods from Scrubs. It was operated as a satellite facility to Scrubs and was also run by Sodexo. In 2012 the cafe was closed and converted to office space in 2013. This was presumably due to lack of use.