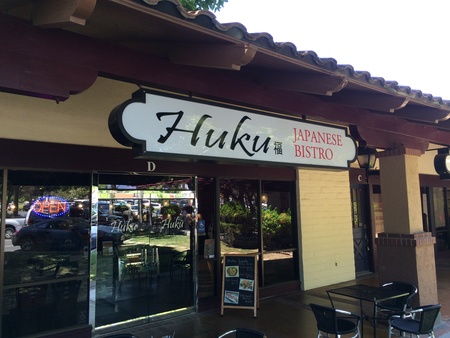 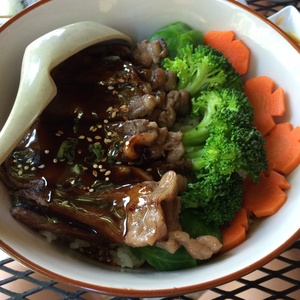 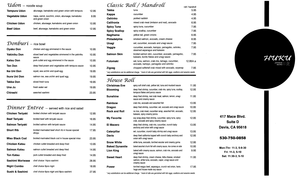 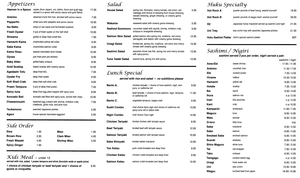 2015-08-04 19:51:12   This place is fantastic. Just discovered Huku Japanese Bistro by mistake, but it was the most delicious sushi I have had in town. We were immediately greeted with friendly service and were served a complimentary pickled octopus salad, which was delicious. They have a smaller selection of specialty rolls, but they are creative and so tasty. Although I have been loyal to Zen Toro, I look forward to visiting Huku again in the near future! I highly recommend this place! —stcastle

2015-10-20 22:29:54   Don't go there. The food is the same quality you'd get anywhere else, and the service was very slow ( more than 10 min to get our sodas) and even longer to get our food, even though the restaurant was barely half full and it was early in the evening. When the rolls arrived, they looked good, but the scallop nigiri looked a bit odd. When we tasted it, it didn't taste like any scallop I'd ever had - the texture was entirely wrong, and it tasted very weird. When the time finally came for the check, we were under the limit to use the coupon ($20 off $50 of sushi), so we ordered an extra caterpillar roll to go. By that time, I was starting to feel a bit queasy so we were in a hurry. We waited longer for the to go order than we did for our actual food! We barely got home in time before I was violently ill, a process that continued through the night and well into the next day. Only fish causes that sort of reaction in me, which is why I stick to what I know is safe (shellfish and eel), and cross-contamination won't set me off - only eating actual fish. My roomie opened the to go box the next day so she could eat the caterpillar roll, and we got a completely different roll! It wasn't even close to what we had ordered/what the receipt showed. Long story short: I don't know what they served us, but it wasn't scallops, we waited for far too long, and they didn't even get our order right (they also kept mixing up my roomie's drink order, including with something she's actually allergic to). I had high hopes, but I'm not going back. —Madanimalscientist