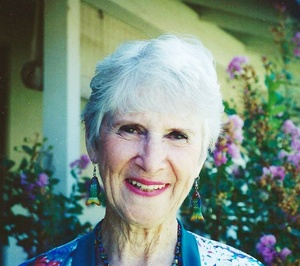 She attended Davis schools, graduated from Davis High School in 1944, and earned her bachelor's degree in Latin American Studies from UC Berkeley in 1948.  She received her teaching credential a year later and began teaching, first in Truckee, then Richmond, and, starting in 1954, Davis.  She served in various administrative positions in the Davis Joint Unified School District, including tenures as principal of Valley Oak Elementary, Emerson Junior High, and North Davis Elementary where she served as principal two different times. She earned a doctorate in education from UC Berkeley in 1964. She retired from the DJUSD in 1990.

Dr. Dolcini was also a longtime participant and leader in educational organizations, including the California Teachers Association, the National Education Association, and the National Association for Accreditation of Teacher Education Programs. She also was involved locally in international affairs, and helped to found the Davis International House. Additionally, she served on numerous local commissions, task forces, and civic organizations. Her public-spiritedness and leadership led to recognition: in 1995 she was awarded the A.G. Brinley Award, and in 2016 she was inducted into the Davis High School Blue and White Foundation's Hall of Fame. Dr. Dolcini died on April 30, 2018.

In June 2019, the Davis school board voted to name the North Davis Elementary School multipurpose room for Dolcini.