Pi Alpha Phi, or ΠΑΦ, is an American university-level fraternity. It was founded in 1926 at the University of California, Berkeley. Pi Alpha Phi bills itself as the first Asian American Interest Fraternity. Since its founding in the early 20th century, the fraternity has expanded with active chapters at campuses throughout the United States. 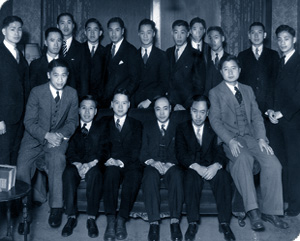 Pi Alpha Phi was established in 1926 at the University of California, Berkeley. The fraternity of Pi Alpha Phi was founded by six unique individuals: D. Wing Tom, Wing Chan, Elmer Leong, Chack Chan, Tim Jang, and George Lee. Wing Chan was elected as the first President of the Fraternity. D. Wing Tom served as the Vice President and Elmer Leong as the Secretary. They wanted to establish an organization that would be based on the bonds of friendship, mutual experience, academic excellence and brotherhood. The name Pi Alpha Phi was derived from the initials of the Greek phrase meaning

"To advance through brotherly ties; the thirst for learning."

Pi Alpha Phi is the first Asian-American interest fraternity. Since the founding of Pi Alpha Phi, the organization has flourished with active chapters at campuses throughout the nation. 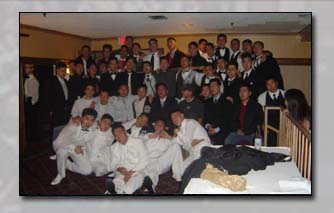 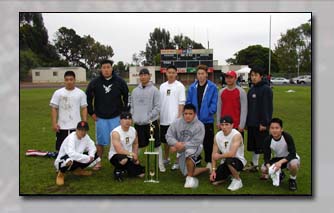 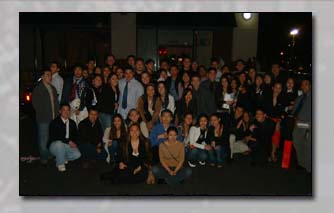 Gamma Chapter was established in the spring of 1990 by 13 close friends who created the foundation of brotherhood for Pi Alpha Phi at the University of California, Davis. Since then, the brotherhood has grown to over 170 members strong. In the winter of 1991, the chapter expanded by implementing a little sis program. The organization participates in numerous community activities such as the Pacific Rim Festival in Sacramento, feeding the homeless, UC Davis' annual Picnic day, and the Multicultural Night. In addition, the organization holds a variety of social functions, including an annual Matrix fashion/talent showcase, Tahoe ski trip, road trips to various locations, and sorority exchanges.

Pi Alpha Phi focuses itself on several core values, which are written into its mission statement. These include: