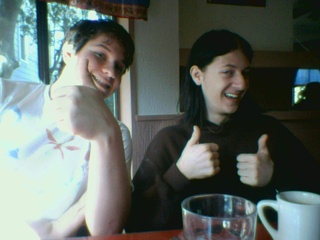 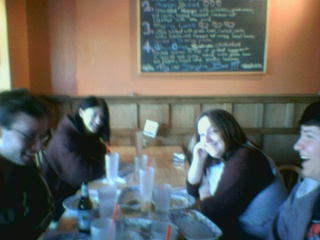 The Society of Davis Wiki Restaurant Reviewers (SWRR, pronounced "Sour") is a secret society of Wikians who anonymously visit Davis restaurants for the purpose of writing accurate reviews. They clandestinely make note of the food offered, friendliness, helpfulness, and speed of service, the freshness, variety, arrangement, etc. of food. They note prices, menu details, etc. All with the goal of providing honest and accurate independent information to the Davis Wiki readership. This is their only publicly released information.

Their meeting places, schedules, membership, secret handshakes, etc. are totally unknown at present. [Some have reported their secret gesture to be a finger pointing down the throat, or the pinching of the nostrils, or a hand over the crotch, but these are unconfirmed.]

All disciples work towards the highest level of achievement: the Dark Belt. No living member has yet achieved the Dark Belt level.

Some say that reading How to write an effective restaurant review is a first step in preparation for getting into the Society. The only way to get "in" is to be chosen.

Being a highly S.E.C.R.E.T. society, nobody knows who's a member, so there's no one to ask. Probably the best way to get noticed is to walk around doing one or more of the secret gestures mentioned above. Do this where large numbers of people will see you. A member may notice and invite you to initiation.

Problems could stem from the official-sounding use of the word "wiki."

Nowhere is the word "official" used, and what would that be anyway? Would it mean Philip approved it? Or everyone who ever used the wiki approved it? I think everyone here knows it's no more official than Hacking Society, or than any page on anything here. It has 'wiki' in the name, since it's obviously wiki related. Was never intending to claim any special rights or priviledge (and am surprised it could have been construed thusly). "Society" was a jab at the all-too-serious way some groups take themselves. I'm sure "Hacking Society" was named that for the same reason. I mean, how serious could a few people that eat lunch together possibly be?

Join us anyway. We're all poor too. We can work it out. We want your input and company.

2005-11-24 23:51:44   that photo is so unflattering, and blurry, and I think the society will be ever-changing, and anonymous.. I'd like to delete the photo but i will instead just comment —MichelleAccurso

Sure it's blurry, it has that spy-cam quality, it also gives a hint of anonymity. The intention was more to show the mood than the facial details. I don't think it shows anyone in a negative light, or I wouldn't have posted it. I think it adds more than it detracts. This being the wiki, if you are offended you can remove it.