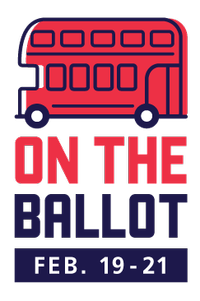 elections cycle.Facing major cutbacks as a reult of a lack of funding, the referendum serve as a solution to reversing Unitrans' budget

defecit and depletion of its reserves. It would allow for the busses to run at the levels they are at, with no cuts on busses per hour nor

lines operated. This is to compensate for the fact that Unitrans has to operate under new minimum wage requirements, new federal

regulations, and others. The last ASUCD Unitrans referendum was on the ballot in the Winter 2007 elections and passed.

To pass, the referendum needed at least a 20% voter turnout with 60% voting in favor.

Luckily, the 2019 referendum passed with a 35% voter turnout with 94% of voters casting their ballot in favor of the referndum. This also had an astounding effect in raising voter turnout in Senate and Exec elections, booting turnout from a former dismal turnout of 8% to nearly 20% just for ASUCD elections.

Unitrans, the ASUCD operated public transit bus system that serves UC Davis and the Davis community, is experiencing rising operational costs due to State mandated annual minimum wage increases. The State minimum wage is currently $11 per hour and will increase $1 per hour per year until January 2022 when the minimum wage will reach $15 per hour. Unitrans has been operating with an annual operating deficit for two (2) years, relying on reserve funds to maintain current service levels. The deficit is projected to continue to increase and Unitrans’ reserves will be depleted by next academic year, 2019-20. Without additional funding, Unitrans service will need to be reduced by 25-30% in the next two years.

Currently, 90% of Unitrans daily passengers are registered UC Davis undergraduate students. The service is funded approximately half and half between undergraduate students through supportive fee referenda over the last 28 years and through the City of Davis. City of Davis revenues have increased over time however student fee revenue only increases with enrollment and not with rising prices or revenues.

The proposed fee referendum to support Unitrans service increases the current quarterly fee by $13.33 in fall 2019, followed by a $24.00 increase to be implemented gradually over three years followed by CPI adjustments thereafter in order to provide continued unlimited bus service and maintain current service levels.

One thing to keep in mind of our student fees is that they all go towards student wages, and are thereby supporting student employment opportunities on campus. (45% of expenditures goes to student wages and the rest to all other expenses i.e. fuel, bus parts, other salaries, w/ all student fees go back to student wages.)

When federal regulations are mentioned, that is a fact, not just a talking point. In the past, student drivers taught new drivers during their training on how to drive, but new federal regulations impose a full time professional driver to be the new instructor. As such, that amounts to a few more salaried positions that need to be funded. ADA requirements also have had Unitrans in a rush to update their fleet with more handicap accessible busses (new ones costing in the hundreds of thousands of dollars) to be compliant. There are a few factors contributing to this point.

Other Attempts of Dealing with the Unitrans Defecit:

There was no real political will among prior tables to push for it to be on the ballot. They were mired in the feeling of bloking any new student fee increases. Previous tables were also notoriously bad with money, incurring a spur of wasteful spending that depleted ASUCD capital reserves to all time lows. In previous years on Senate, the table had previously just reorganized funding during the Budget Hearings process but it had come to a do or die moment.​

Alternatives had been explored time and time again. This has been a problem with years of notice and as such the Unit Director, Jeff Flynn, had been exploring all sorts of avenues - federal, state, and local grants and meetig with campus admin. This is not a situation that someone on the outside comes in and figures they can solve in 20 minutes.

​Senator Atanas Spasov who sits as the ASUCD representative on COSAF, the Council on Student Affairs and Fees, (wich is the organizing body that decides where student fees go) noted that unfortunately, "Through my time there, I see that the University has been focusing more and more on capital intensive renovation projects (MU, the ARC) and especially athletics in an attempt to boost our profile by way of higher athletic scholarships, renovations to sports stadiums/pools, amongst others. This left Unitrans on its own with the hopes that the City of Davis would pick up the slack. That is unfortunately not the case since the city has no real incentive to since YoloBus runs regardless and less than 10% of Unitrans riders are non-students."