Joe Louis Arena, nicknamed “The Joe”, is home of the NHL team the Detroit Red Wings. Construction for this arena broke ground in 1977 replacing the team’s former building Olympia Stadium. Joe Louis Arena, named after the famous boxer Joe Louis, opened their doors to the public and thousands of fans on December 12th, 1979. Having an establishment for an astonishing thirty-seven years at 19 Steve Yzerman Dr. in Detroit Michigan, the well-known arena has contributed to both the hockey community, and the city of Detroit. 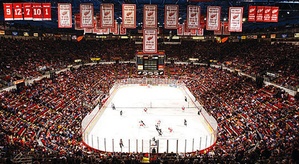 In 2006 the west entrance to the arena was renamed the Gordie Howe Entrance, and a statue of this famous Red Wing Alumni was placed inside the arena in his honor. Every season The Joe also dedicates many hockey games to specific organizations or foundations popular within the community such as the Hockey Fights Cancer Night, Military Appreciation Night, and Toys for Tots Collection Night.  Although soon we will be saying farewell to Joe Louis Arena and welcoming Little Caesar’s Arena in 2017, The Joe has been a major contribution to the amazing history of the Detroit Red Wings franchise and has also played an important role to the local community. Joe Louis Arena will be anything but forgotten; not only to the city of Detroit, but die hard hockey fans all over the United States. 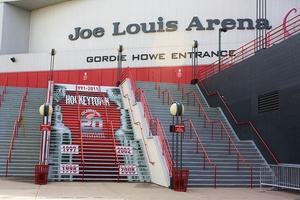 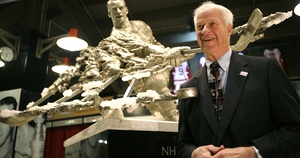 Pictured above is Gordie Howe, also known as Mr. Hockey 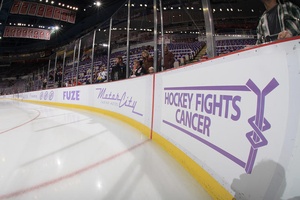 
With this being said, many individuals lack to recognize that Joe Louis Arena is not only a building in Detroit, but has become another home to many hockey fans all around the nation. There simply is no comparison available to the atmosphere experienced while being at The Joe. Being surrounded by thousands of people who share the love and passion for the same sport that you do, inevitably leads to individuals making multiple new friends throughout the night. Detroit Red Wings fans not only are able to enjoy their love for hockey, but share the experience with others; even if they were a stranger an hour ago. It’s a known fact once the buzzer goes off, signaling a goal, high fives are shared throughout the rows for celebration. The open and friendly atmosphere experienced at The Joe can only be explained by experiencing it for oneself. Although a hockey game only lasts sixty minutes, the possibility of crying, cheering, celebrating, and yelling all within this limited time frame is not only socially acceptable, but expected. Hence, the time spent at The Joe is not only emotional, but a tremendous experience for all. 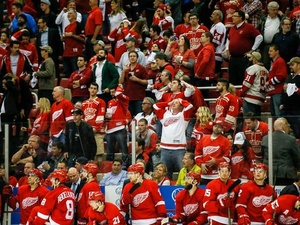 
Throughout the years, dedicated fans have watched their team play their hearts out, and have been able to witness numerous amazing historical events for the Detroit Red Wings establishment. Along with this thought, since playing at The Joe many unforgivable experiences and moments have occurred including, four Stanley Cup Trophy wins (1997, 1998, 2002, and 2008), an ongoing streak of twenty-five consecutive years of being in the Stanley Cup Playoffs (currently the longest streak for a sports team in the United States), retirement of jersey numbers worn by astounding players and more. If the walls could talk, one could only imagine the stories they could tell. 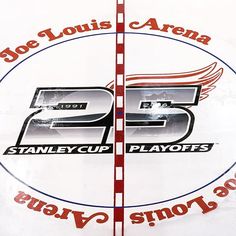 
The Joe has also been home to many players that have come and gone throughout the years, and more than likely have ended up in the hockey hall of fame since their departure. The most well-known and predominate players being Captain Steve Yzerman, along with his replacement Captain Nicklas Lidstrom. Keeping this in mind, the Detroit Red Wings have also had amazing coaches such as Scotty Bowman and Mike Babcock. 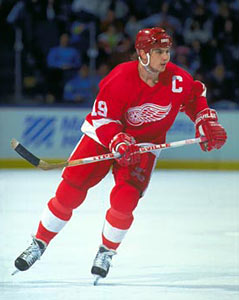 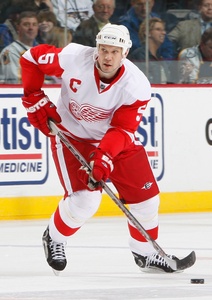 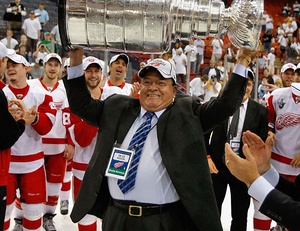 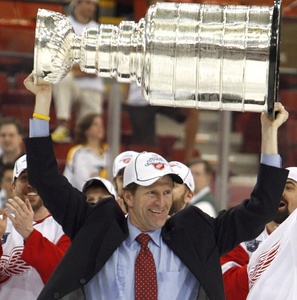 However, the current roaster for the Detroit Red Wings is still outstanding and for your convenience is displayed and linked below. 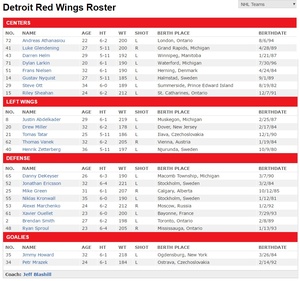 Interested in attending a game for the Farewell Season at The Joe? The 2016/2017 schedule for the Detroit Red Wings is linked below.

But like all things in life, all good things must come to an end. Although the doors might be closing to Joe Louis Arena at the end of the 2016/2017 season, fans will never forget the amazing memories built within the building over the years, or the hockey community that was able to be assembled. As a whole, it’s safe to say Detroit could not have become known as Hockey town if it wasn’t for the amazing historical building of Joe Louis Arena. 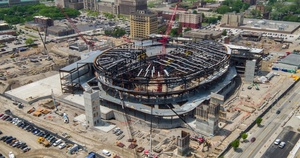