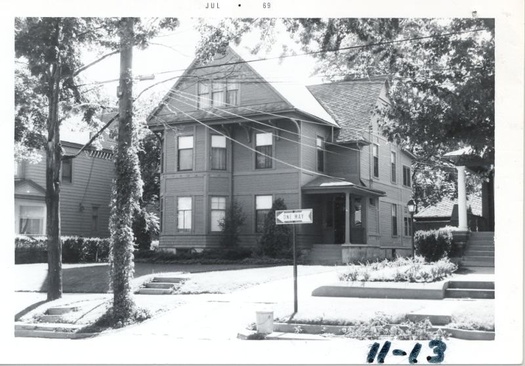 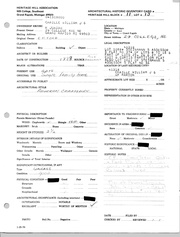 29 College Avenue NE is located in Heritage Hill. It was built in 1889. It's architectural significance is WORTHY OF MENTION. Past owners include Edwin P. Ford.

In the early 1900s this house was home to Joseph Willett Spooner and wife Mary Louisa (Powers) daughter of William Thompson Powers, Grand Rapids mayor 1857 and of Powers Opera House/Theatre fame. Joseph W. Spooner managed Powers Theatre for a number of years. He oversaw the renovation of the facade of Powers Theatre Office Building facing 123 Pearl Street NW in 1914.

It was here on June 17, 1909 William T. Powers died at the age of 88. He is buried in the Powers Family crypt near the office of Oakhill Cemetery. The Spooner descendants had migrated out of Grand Rapids by mid-century.