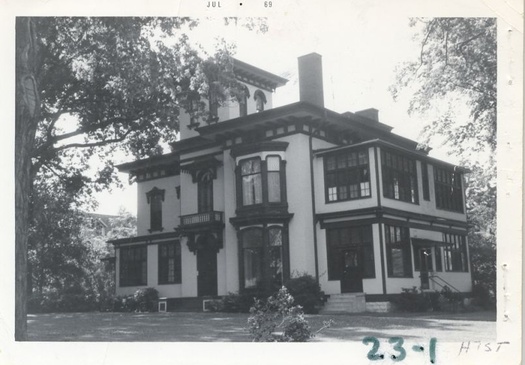 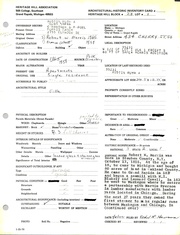 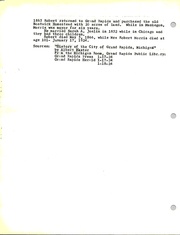 434 Cherry Street SE is located in Heritage Hill. It was built in 1858. It's architectural significance is OUTSTANDING. Past owners include Morris, Robert W.,Gilbert, Francis.

1989 Home Tour write-up: Morris Manor was built on the site of another house called the Bostwick Place, in the Italian Ville style. The 20-acre parcel of land, bounded by Morris, Wealthy, College, and Cherry Streets was called the Bostwick homestead. An 1859 reference call the building the "Gilbert Brothers Palace". Not much is known about the Gilberts who built the house, except that they were veryprominent and there used to be a "Gilbert Building" downtown, the site now covered by a portion of the City Centre. Gilbert family members built the Gilbert House, the Holt House and the Philo Fuller House, all on Lafayette NE. The Philo-Fuller house (40 Lafayette NE) built three years before the Morris Manor bears many similarities in style. The original porches on the north and west sides were enclosed in 1928 when Walter Austin, a wealthy inventor converted the house to apartments. After World War II,there was a great demand for apartments. In addition, the very wealthy were moving to the "suburbs" out around Fisk and Reeds Lake. The "regular" rich were building smaller mansions that didn't require as many servants. So the Morris Manor was becoming a "white elephant" and almost certainly would have been torn down. It was saved only because it was converted to apartments. The uniqueness of the building is that each apartment contains some features of the original home that no other apartment has - a certaintype of woodwork, special glass, carvings or fireplace. Trees on the property are very old, already large in an 1891 photograph.