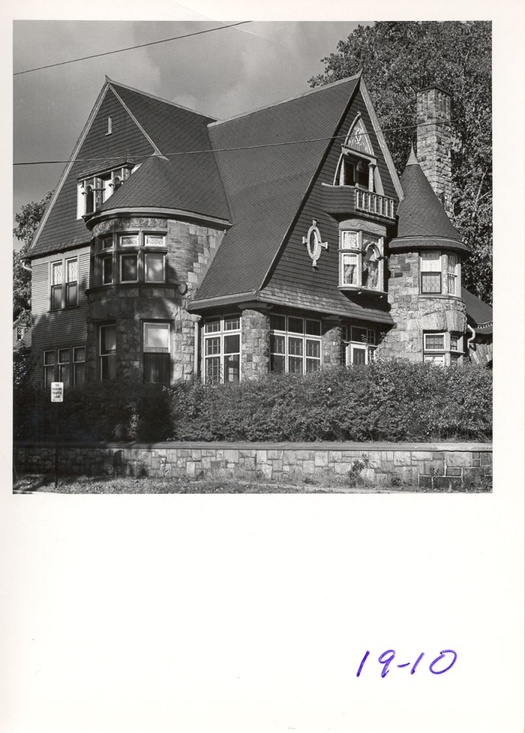 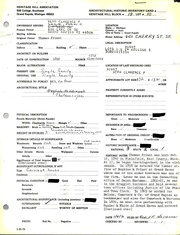 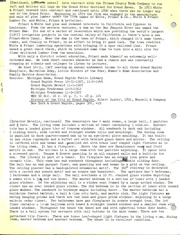 601 Cherry Street SE is located in Heritage Hill. It was built in 1892. It's architectural significance is OUTSTANDING. Past owners include Friant, Thomas.

Home Tour write-up: Built in 1892 by one of Heritage Hill's most eccentric lumber barons, Thomas Friant, the "Stone Chateau, typifies the eclecticism of architecture during the late Victorian period. The intricate stone work and stunted towers are derived from the Chateauesque. The massivearched port-cocheres shows the influence of Richardson Romanesque. The clapboards reflect the Queen Anne style. The Shingle style is apparent in the great, sweeping gables. The overall effect is that of a compacted Scottish Baronial Castle. Mr. Friant was as individualistic as the house he built. He began his career as a school teacher, worked as a druggist and held several town offices including that of Justice of the Peace and Town Clerk. In 1870, he entered a partnership with Squier and White of GrandHaven to run raft and deliver all logs on the Grand River destined for Grand Haven. This enterprise continued until 1890 when the river was no longer used. Legend has it that Mr. Friant was always very careful to make certain there was nothing in the way which would cause a log jam when he scheduled a log run down the river. One day he set out to make his usual inspection of the river prior to the next day's run. And there, standing proudly, right in the way of his logs was the new Pearl Street Bridge. So, intrue pioneer "do-it-yourself" fashion, in the dark of night, Mr. Friant took himself and a load of dynamite to the waters' edge and promptly blew up the bridge. History does not tell us, but we'll assume the log run progressed as scheduled. Mr. Friant had pine and redwood interests in California. From his western adventures, a dam on the San Joaquin River was named the Friant Dam, near the dam is the town of Friant and there is also a Friant-Kern Canal. Your hosts, Mr. And Mrs. John Logie, purchased thehouse in 1969, until which time it had set vacant for many years. With careful attention to detail, they have restored many areas which had begun to deteriorate, an example of this is the stone porch wall which was dismantled and rebuilt, stone by stone, exactly duplicating the original wall. Home Tour write-up 1995: The Friant House is home to Grand Rapids' present mayor, John Logie who, with his wife Susan, bought the house in 1969 -- before Heritage Hill was protected as a historic district. The house hadbeen vacant for several years and was threatened with demolition to make room for a medical building. John Logie helped establish the historic district. In addition to civic involvement and raising their three children, the Logies redesigned the kitchen and third floor. This splendid home features two turrets, oak and bird's eye maple woodwork, leaded and stained glass, and a parquet floor, as well as interesting third floor storage spaces.