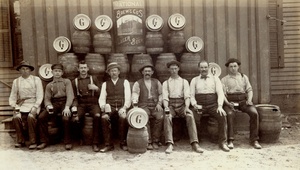 Workers at the National Brewery, c. 1890
Collections of the Grand Rapids Public Museum
#138059i.5 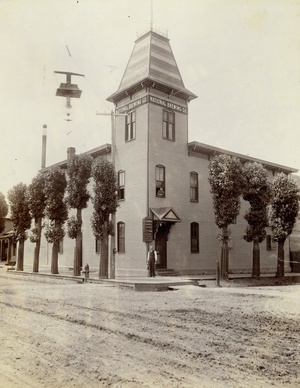 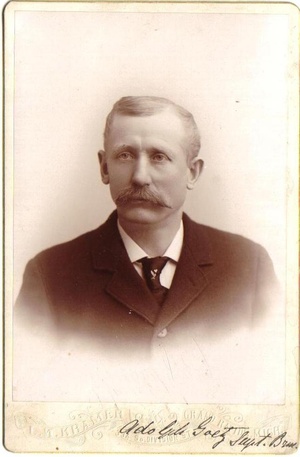 Adolph Goetz's National Brewery was a brewery that operated in Grand Rapids, Michigan from 1886 - 1893.

Adolph Goetz, a former brewmaster at  the Kusterer Brewing Company's City Brewery and Tusch Brothers' Cincinnati Brewery, established the National Brewery in Grand Rapids, Michigan in 1886.  The Brewery was located on the northwest corner of Leonard Street and Broadway Avenue.[1]  Like most of the breweries in Grand Rapids at the time, the National primarily brewed a type of lager beer especially favored by the city's growing German-American population.  Photographic evidence suggests that the brewery occupied a fairly large two-story building and employed about eight men.