Converse Mounds Group know as part of the Hopewell Native American Mound Builders was located in downtown Grand Rapids on the west side of the Grand River primarily along Front St SW from West Fulton St south to almost Wealthy St SW. They were a couple mound sites near Pearl and Front Sts NW in The Gerald R. Ford Presidential Museum and Holiday Inn parking lots. It is recorded that at one time over 40 mounds existed in the area. From maps located in local archives there are 17 or so mounds well documented as to location and excavation dating between the 1840s and 1880s.

The Converse Mounds are named after Dea. James W. Converse of First Baptist Church, Boston, who had purchased the area along the west banks of the Grand River from the Baptist Mission and had it surveyed and platted for east coast investors. 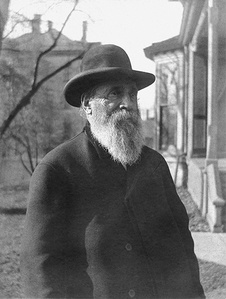