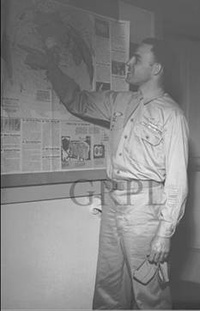 As an Army PFC he was awarded a Medal of Honor for his actions near Limon, Leyte, Philippine Islands on December 14, 1945. Vlug singlehandedly destroyed five enemy tanks and their occupants in a heroic fight to protect an American roadblock on Ormoc Road that was under fire. He killed the occupants of the first tank with one round then used another to destroy the tank. Vlug killed one from the second tank with a pistol and the other occupants when they retreated to the tank and he fired another rocket. He flanked a third tank and ran through enemy fire to destroy a fourth and with his last round he sent the remaining tank crashing off the road. 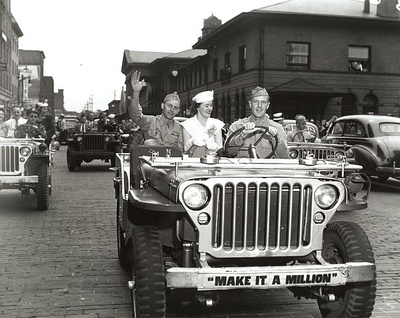 Vlug being celebrated in a parade in Grand Rapids