Established in 1923, the University Club of Grand Rapids is a premier private club in West Michigan. 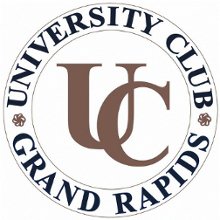 History of the University Club of Grand Rapids

Charles E. Stearn is due the credit of starting the University Club of Grand Rapids. The first informal meeting was held on January, 1923, at the home of Lemuel S. Hillman, with representatives from Harvard, Yale, Michigan, Princeton, Amherst and Colgate. Less than a month later the Club was actually brought into existence on the evening of February 6th, 1923, dues were set at $25. Attractive and convenient quarters were established in the Pantlind Hotel with Clay H. Hollister serving as the first president. In the brief period of six years the Club grew from one hundred to two hundred and fifty members and in April 1931, moved to the top of the Michigan Trust Building. The Fifth Third Center (formerly Old Kent Bank building) became its present home in the Spring of 1966. 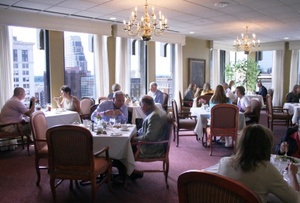 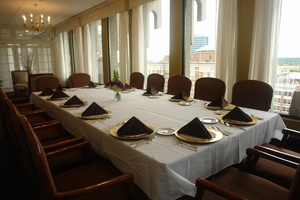