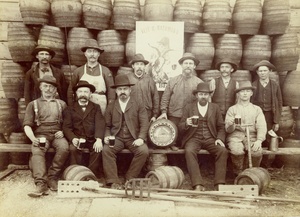 Workers at Veit and Rathman's Eagle Brewery, c. 1890
Collections of the Grand Rapids Public Museum
#138059i.6 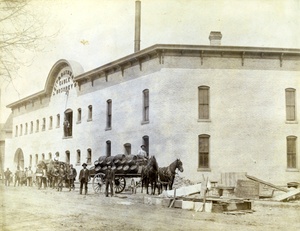 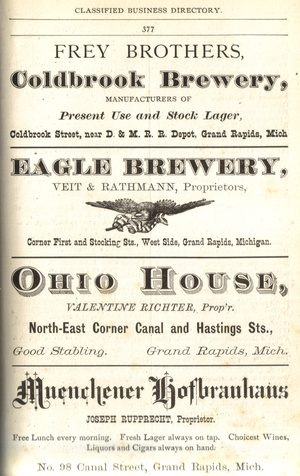 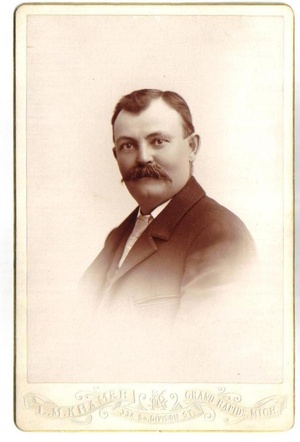 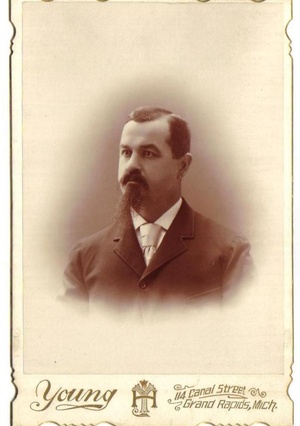 Veit and Rathmann's Eagle Brewery was a brewery that operated in Grand Rapids, Michigan from 1876 - 1893.

Veit and Rathmann's Eagle Brewery was opened in Grand Rapids, Michigan on January 1, 1876.  The "Eagle" in the brewery's name was chosen to commemorate the centennial of American independence.  The Eagle Brewery was founded by two German immigrants, Jacob Veit and Paul Rathmann.  It was located on the northeast corner of First Street and Stocking Avenue on the city's Northwest side.[1]  Photographic evidence suggests that the the brewery occupied a fairly large two-story building and employed about a dozen men.  Like most of the breweries in Grand Rapids at the time, the Eagle primarily brewed a type of lager beer especially favored by the city's growing German-American population.  The advertising poster visible in the photograph depicts a goat, which suggests that the Eagle Brewery also produced a seasonal bock beer. 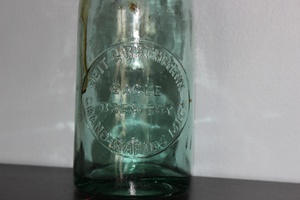