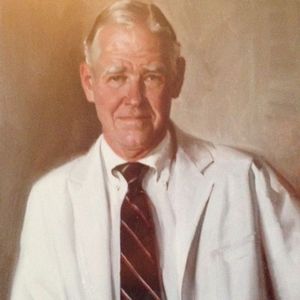 Dr. Henry Frazer Parry, called Frazer or Fritz, was photographed as a member of the class of 1944 of the Trudeau School of Tuberculosis. Dr. Parry attended at least one of Historic Saranac Lake's TB Reunions.

Henry Frazer Parry, 99, of Gwynedd, died on October 4, at Foulkeways. Loved by family and friends, he was a generous, kind man who lived life fully, thankful for each day and making the most of every moment.

Though he suffered from Tuberculosis and spent time recuperating in Saranac Lake, NY, Frazer devoted his life to helping others. Frazer was the founding director of Magee Memorial Hospital, the first specialty rehabilitation hospital in the Philadelphia area, which opened in 1958. He later also served as Director of Rehabilitation Services at All Saints Rehabilitation Hospital. His patients were fortunate to be under the thoughtful care of this bright, sensitive, kind man. Athletic and adventurous, Frazer loved life and stayed alert and active for 99 and a half years. He enjoyed travel and numerous athletic activities, especially tennis, squash, golf, and bicycling. Remarkably, he maintained a regular walking routine through the wooded pathways at Foulkeways until but a few weeks ago.

Frazer was also a man of Christian faith who held strong religious views and moral values since an early age. Frazer was married to the former Mary Kelly of New York City, NY from 1944 until 1984, when Mary passed away. They had one daughter, Martha, born in 1950. Frazer married Kathleen Shaffer in April, 1988. Frazer was the last surviving of seven brothers, George Gowen Parry Jr. (1907-1960), Edward Owen Parry (1913-2000), Richard Parry (1916-1989), Francis Fox Parry (1918-2009), John Collins Parry (1919-2007), and Stephen Harris Parry (1923-1988). He is survived by his wife , daughter Martha Parry and her husband John Oscarson, and step-son Steven Shaffer and his wife Susan, and their daughter Alexandra, as well as many nieces and nephews and their descendants.

In lieu of flowers, memorial contributions may be made to Foulkeways – The Landscape Fund for Woodland Restoration