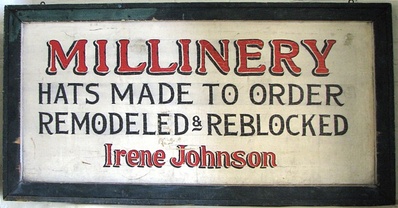 Chiefly known for: This could be the same Irene Johnson who ran a millinery shop. There was also an Irene Johnson living at 21 James Street in 1948.

She was married to Clyde Johnson, who survives, June 27, 1933, in St. Bernard's Church here. She was a lifelong resident of the area, residing recently at 20 Church Street.

In addition to her husband, she is survived by two nieces, Phyliss Connor of Arlington, Va., and Odele Calo of Chicago, Ill.