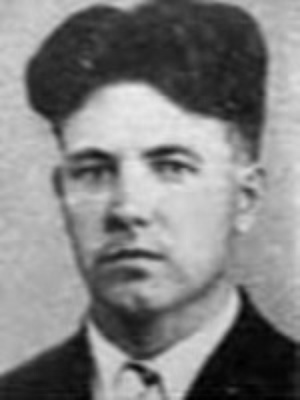 Karl Eugen Forsberg was one of the Norwegian Sailors who cured in Saranac Lake during World War II. A steward, Forsberg had been a whale catcher since the age of 15. He sailed in allied service until he became ill. On 2/25/1943, Dr. J. Woods Price saw Karl Eugene Forsberg whose former address was 469 45th Street, Brooklyn, N.Y., a seaman, age 32.

His address in Saranac Lake was 32 Park Avenue. 1

He died here and is buried in Pine Ridge Cemetery with the other Norwegian sailors.

After an illness of 14 months, Karl Forsberg, 32, member of the Norwegian Merchant Marine, died about 1 o'clock yesterday afternoon at Gabriels Sanatorium.

He was born in Norway, on September 30, 1911. He was a cook in the Merchant Marine of that country. He was the son of the late Karl and Josephine Svendsen Forsberg. There are no known survivors. Services will be held at the Currier Funeral chapel Friday at 3 p.m. Burial will follow in the Pine Ridge cemetery.