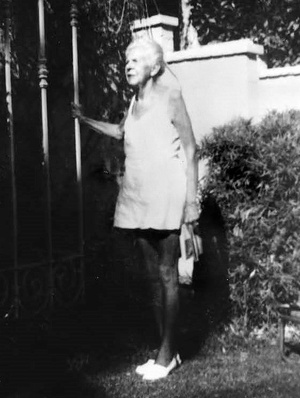 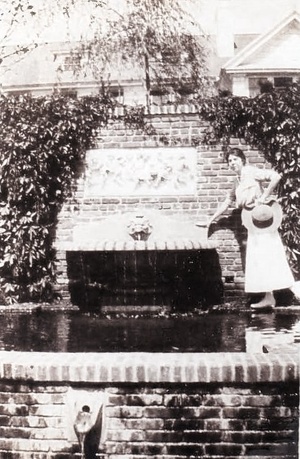 A brick at the Saranac Laboratory has been dedicated in the memory of Ortanza M. Redinger by her daughter Gloria S. Duffy and her granddaughter, Gloria C. DuffyBorn: May 14,1886 in New Salem, Armstrong County, Pennsylvania

Ortanza Redinger, known as "Tennys," came to Saranac Lake for the cure between 1910 and 1912. Her employer, New York Financier James Cox Brady, arranged for her cure at the Adirondack Cottage Sanitarium.

Ortanza's granddaughter, Dr. Gloria C. Duffy, wrote this article about Dr. Trudeau in the August/September 2014 edition of Insight, the Magazine of the Commonwealth Club of San Francisco.  In the article, she describes her grandmother's time in Saranac Lake, saying, "In her twenties, my grandmother, Tennys Redinger, worked as an assistant to New York financier James Cox Brady. (If this name is familiar, his grandson, Nicholas Brady, was the U.S. Treasury Secretary during the Reagan and George Bush, Sr. administrations.) My grandmother contracted tuberculosis, and around 1912, the generous Mr. Brady sent her to the Adirondack Cottage Sanitarium to recover. My grandmother was cured, and went on to move to Los Angeles and Puerto Rico, where she helped her brother manage the family fruit-growing business, to marry, to have a daughter and grandchildren, and to travel the world, living another 60 years and passing away at the age of 87. She remembered sleeping outside on her cure cottage porch at the Sanitarium, and all her life maintained the healthy diet and lifestyle she learned at Saranac Lake."