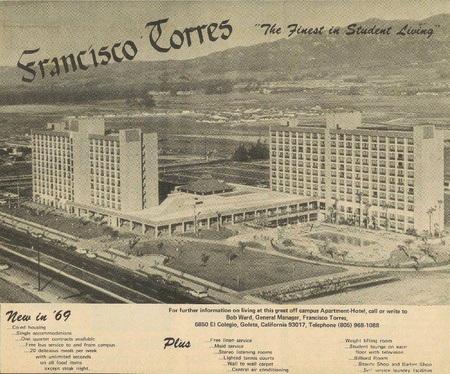 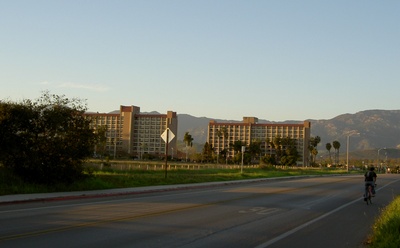 In December of 2002, UC Santa Barbara was finally able to purchase the Francisco Torres Towers property that has been around since 1966 and had been privately owned student housing. UCSB attempted a total of three times to acquire this land in order to fulfill a requirement in a new University program to add and renew residence halls.

In the Fall of 2004 Francisco Torres towers were integrated into UCSB. An article titled "UCSB Buys the Francisco Torres 19-Acre Complex in Isla Vista" stated that, “the university anticipates offering student-support services at the complex and will explore the possibility of scheduling courses and class discussion groups there,” but to an extent that never happened.

In 2008, the UCSB decided to change the name of Francisco Torres Towers to Santa Catalina North (Mountain) and South (Ocean.) No one is 100% sure why the name was changed, but rumor has it that it was because it was getting known as “FT- Fuck Towers,” and it was mentioned in a Playboy Magazine as a “promiscuous residential hall,” and also, because they wanted to be disassociated with the murderer who had lived there who was behind the 2001 tragedy.