Welcome to the Isla Vista LocalWiki!

A website about Isla Vista that anyone can edit

What is the Isla Vista LocalWiki? This is a project to collect knowledge about IV, to share our IV and celebrate it with each other - from the freshman who knows where to find a great sandwich to the long-time resident who remembers what used to be here.

Instead of memories and wisdom slipping away when people move, or scattered across the web in hard-to-find Facebook captions and blog posts, or buried deep in the library, we can write and link to everything here, in a way that is easy to navigate and always available.

It's a bit like Wikipedia, but much more relaxed - your personal knowledge is valid to add here, as well as information from news articles, library archives, and other sources. This wiki can include history, culture, politics, governance, art, architecture, geology, food - anything we want to share.

Isla Vista is a complex place for being small and relatively new (with few residents before 1954), and a wiki tends to be a collection of interesting pieces rather than a comprehensive story. For existing work, the UCSB Library has a list of IV history resources, including books published by Carmen Lodise (Isla Vista: A Citizen's History) and Malcolm Gault-Williams (Sunshine Revolutionaries). Jennifer Strand's scholarly history of the early years of IV, Evolution of a Boom Town: Isla Vista, California, 1915-1968, is available on the web. This Self-Guided UCSB and Isla Vista Walking Tour is a fun place to start.

You can edit any page by clicking the Edit button near the article's title, and you can start a new article using "I want to make a page about" above. Check out How to Contribute and Articles People Want for suggestions for this wiki, but also feel free to ignore all of that and write whatever you like - be bold!

Any questions? Join the Isla Vista LocalWiki Help Group on Facebook or say hi on Questions and Discussion. LocalWiki is a nonprofit organization that hosts wikis like this one for free (help support it!), and volunteers run and edit the wikis. This wiki was started by Britta in November 2014. UCSB students have contributed to it, including SOC 194 Spring 2015, HIST 192DR Spring 2015, ANTH 152/ES 151 Spring 2017, and HIST 9 Fall 2019.

You can also browse Articles By Decade.

Houses and other residential buildings 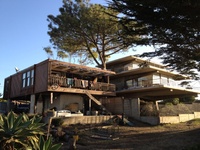 Two of the three houses at the end of Del Playa in 2011, by Britta Gustafson (CC BY-SA) 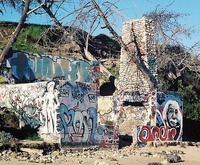 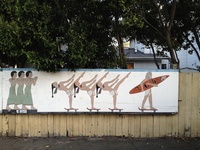 A lost mural behind the former band studios in 2011,by Britta Gustafson (CC BY-SA)

IV Food Coop in 2006 before help from the IV Facade Improvement Program, by Rockero

History and Historical Events in IV

In the former Enchanted Forest at Coal Oil Point, by Peter Meissner

An early version of the Isla Vista Free Box, probably in the early 1970s

If you're interested in the history of our next-door neighbor, Goleta History is a neat blog. If you're curious about the "Isla" in "Isla Vista", Islapedia is the encyclopedia about all things California Channel Islands. 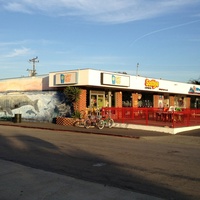 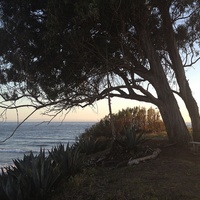 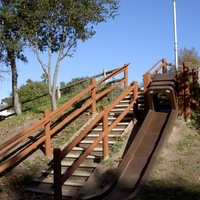 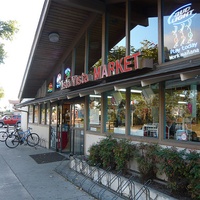 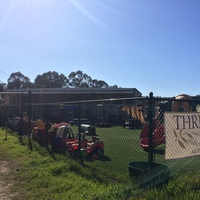 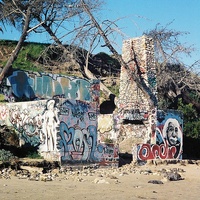