In March 1978 the Farm Project delivered its two volume report for the IVRPD called “Agriculture in Isla Vista” whose ambitious goal read: “Our study investigates the methods, costs, and benefits of establishing organic agriculture in Isla Vista. This will be divided into the following major parts: community gardens, an experimental-demonstration center for the exploration of intensive agriculture and alternative technologies, natural preserves, and means of obtaining and storing water.” 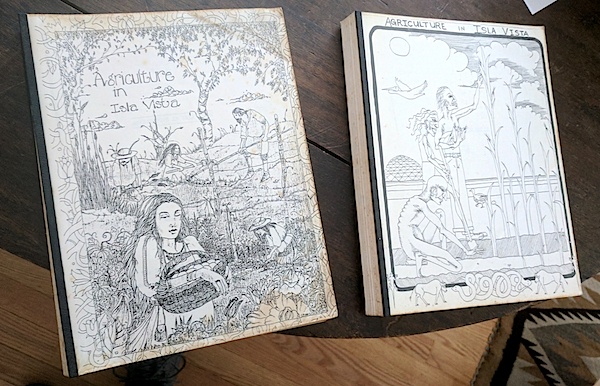 Cover of Agriculture in Isla Vista, artwork by Kathrine Gring

The Farm Project was also to submit for IVRPD approval, an agreement that would include selling agricultural items for the benefit of the District. It saw itself as a collective and made decisions by consensus of those present, making it was difficult to hash out the formal relationship between the Agrarian Division—made up of Farm Project members, many of whom would not be employees—and the District, raising issues of accountability and funding, among other things. Such an agreement was never created nor signed, and the Agrarian Division never saw itself formally created.

The IVRPD Community Gardens were formally started with the hiring of Farm Project member Marc Borgman in June, 1978, who not coincidentally wrote that section of the report. Although 3 such positions were approved by the District [4] CETA funded only the one, and only for one year. Besides community garden coordination and promotion, Borgman taught classes and wrote a weekly column for the Goleta Today newspaper. [5] In July 1979, Borgman was hired as grounds coordinator overseeing park maintenance and repair, and this now included the community garden program. Regular property tax funds paid for this position. Borgman left the District in 1984, the longest term District employee at the time.

The experimental garden activities were named The Human Bean Farm, located at the Pink House/Red Barn District office, and was staffed by CETA workers and volunteers. Farm Project members Steve Mitchell and his girlfriend Kathrine Gring were the first ones hired in 1978. When that funding ran out in the early 1980s, the Human Bean Farm was disbanded.

The goals of “alternative technologies, natural preserves, and means of obtaining and storing water” were never investigated by the Agrarian Division, neither was an aquaculture program which had been the work of Joe Doyle. But the District's Community Gardens are still around on Estero Road and very popular.

The one activity that could be called alternative technologies the Agrarian Division did pursue was the purchase of draft horses in 1979 by IVRPD to replace work being accomplished by internal combustion engines. This was an epic failure that ended about a year after it began. 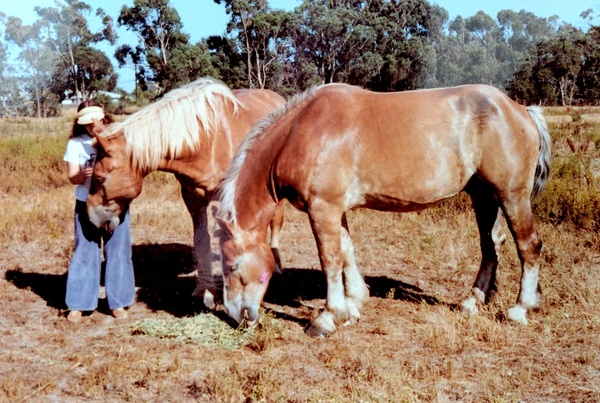 Hugh Carroll, a long-time ex-Isla Vistan then farming with horses himself in Ojai and who had an extensive history of successful projects in IV (including Counterculture Tiles), was hired by the District to choose the horses, and train employees how to use them. The board named the horses Marx and Mao, but District employees called them Joe and Bud with the encouragement of Hugh Carroll. They were stabled at the West Campus Stables at the time, later at Carroll's farm in Ojai. The project was an attempt to cope with the lack of planning for dealing with the end of the fossil fuel industry. It was idealistic for sure, and naive, and was controversial from the beginning.

The first controversy was over which pool of funding to buy the animals, operating funds (from regular tax revenues) or bond funding (a one-time debt of $1.15 million to buy up and develop park lands). Then locals questioned the wisdom of using draft horses in a densely-populated area like Isla Vista and the effectiveness of the employee training for using the horses.

The final straw was when the horses got spooked and ran away during a training session on Estero Road. Galloping west on Estero with pieces of the equipment trailing behind, one of them fell after grazing a parked van and rolled over with feet flying in the air, then both took off toward the west side of town, ending up at their stable home with only a small leg injury. The van needed $400 in repairs which the District paid for.

The Evangelical Orthodox Church, (later St. Athanasius Church) a conservative break-off of a local Catholic church, brought its members to a board meeting and the horse program ended. [6] 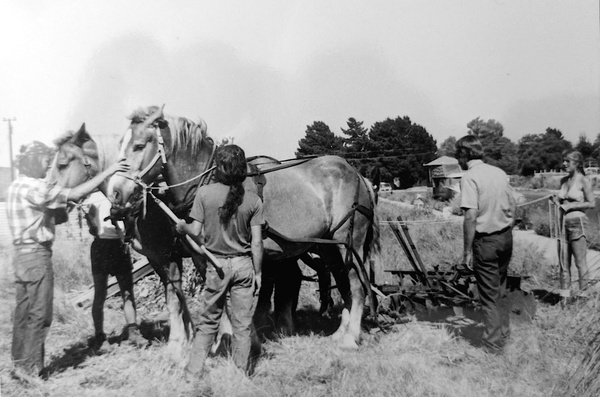 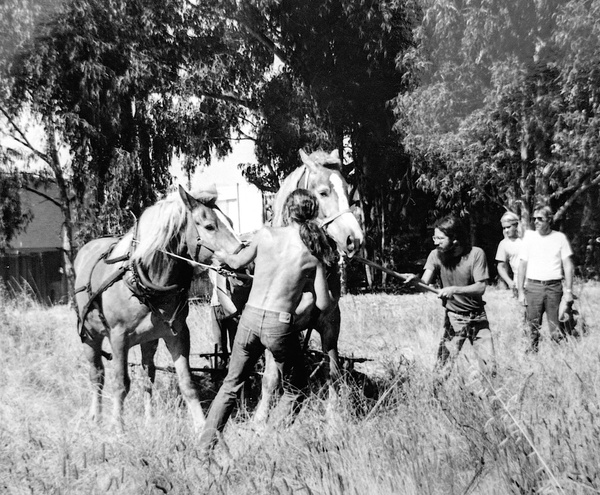