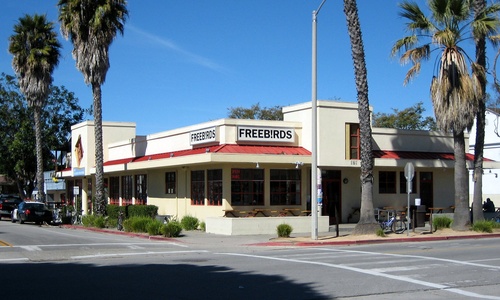 Freebirds World Burrito (or Freebirds for short) is a chain of Mexican restaurants that started in Isla Vista in 1987. On the wall of Freebirds are pictures customers have taken during their travels around the world, along with signatures and notes stating how much they wished they were able to eat a Freebirds burrito from their current location.

Freebirds burritos are in the tradition of the Mission burrito, developed and popularized in the 1960s in San Francisco.

Until 2014, Freebirds was open 24 hours a day, seven days a week, except for a few days during a few years when they decided to close during a holiday. In the evenings on weekends, Freebirds has security guards on staff to help organize the long line of mostly intoxicated customers looking to eat a burrito after attending Isla Vista parties. 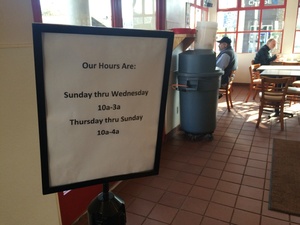 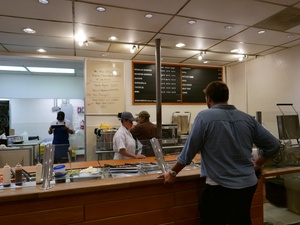 Inside Is a simple menu, and buffet, or cafeteria style experience. You start at the beginning of an assembly line, usually with a basic template, be it nachos, burrito, quesadilla, tacos or salad. From there on, the underlying base of said template is prepared, heated or pressed,  and fed onto the line. Meats and other condiments are added one at a time and finally wrapped or boxed at the end, after a choice of salsa. There are a series of off-menu items based on a mixture of the burrito, quesadilla and nachos, varyingly called quesarito, nachorito or quesonachorito/nachoquesorito. The first two are a basic burrito with either the burrito tortilla having melted cheese on it, as one would have on a quesadilla, or a burrito with crushed tortilla chips at its core. The third item is a combination having both the cheesy tortilla and the crushed chip center.

All items are heavy and filling. The nachos and quesadilla can easily satisfy two average people, but on those occasions that you need all 1400 calories, they duly suffice as the one meal of the day. The fact that it is open long hours facilitates those observing the daytime fast of Ramadan, and offers a hearty meal at 1 am, to the hungry Muslim after running on empty all day.