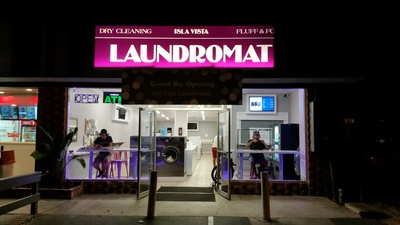 It has free Wi-Fi, a TV, vending machines, an ATM, onsite attendants, and folding counter-tops with chairs. It has two triple 60lb machine to handle larger laundry needs, such as large bed comforters or pillows. It has many double 30lb and single top-loader machines, and it has 21 large dryers. 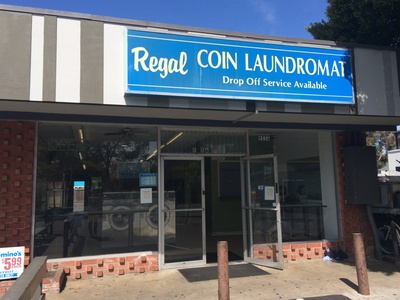 Before Isla Vista Laundromat, this was Regal Laundry, which was part of a chain with multiple locations in the Santa Barbara area.

In 2009 it was a location for the IV Laundry Love Project, which donated laundromat usage to local people who needed it.

It was once tiki-themed, as discussed in a forum thread from 2005: "I headed first to the Laundry Lounge, a tiki themed laundry-mat in Isla Vista. I was horrified to learn that it had become Regal Laundry, a non-de-script laundry-mat. Fortunately, the Mono Kai apartments were still there."

In September 2005, the Nexus wrote about how the Laundry Lounge had a liquor license it wasn't using and could potentially transfer it to another local business. But wait, why did a laundromat have a liquor license? It used to serve alcohol, according to this February 2003 article:

"Looking for a way to increase profits at his Isla Vista Laundromat, Michael Ware was inspired by what he found in the trash -- empty beer cans. Michael Ware would often find beer cans in the trash bins at his tropical-themed Laundry Lounge in Isla Vista. That sparked the idea to offer his customers the kind of suds that refresh along with those that clean. "People were bringing in their own beer anyway, so I thought I might as well make it available to them," said Santa Barbara resident Mr. Ware, who also owns the Regal Coil Laundry on De la Vina Street."

In 2008, Laundry Lounge's liquor license was transferred to the restaurant Eclectic I.V., which was in the location where Angry Wings was. 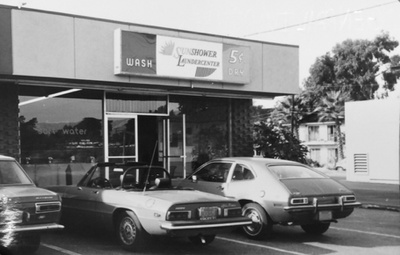 From UCSB Library Special Collections Sunshower Laundercenter was the original laundromat in this spot, established in September 1961. It looks pretty much the same today as it did then. 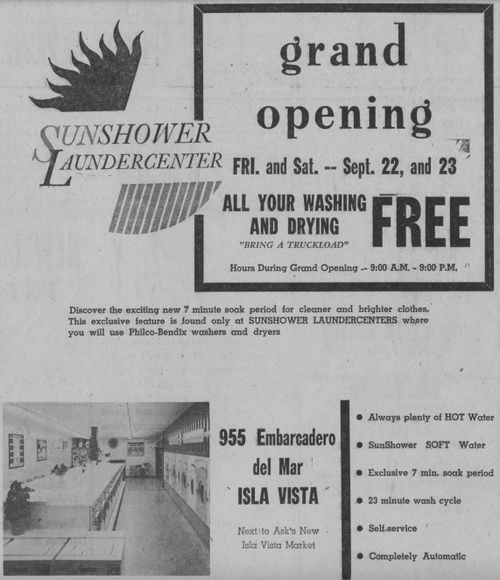