This ignores the lively history of Isla Vista and its collection of interesting, distinctive, and even beautiful mid-century beachy buildings in a mostly low-key version of California Modern style - it isn't a "nowhere". There are a lot of dull stucco boxes in IV, but that's not all of it. A lot of houses in IV have elements similar to Joseph Eichler houses, a famous late 50s / early 60s builder of modernist homes for ordinary people - a description, an example house, more example photos, more context.

Here is some inspiration for future developers, with architectural style names that I made up for fun. 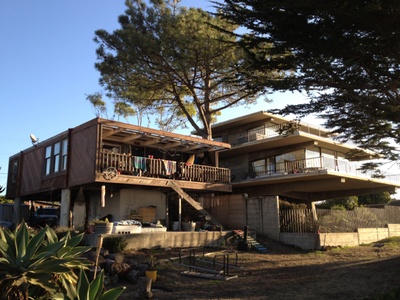 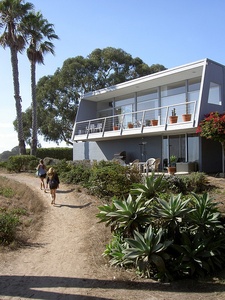 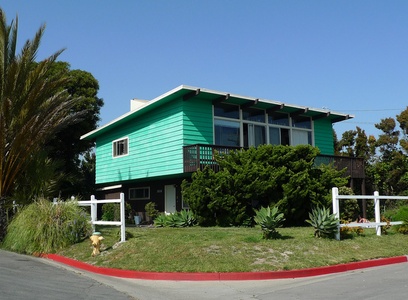 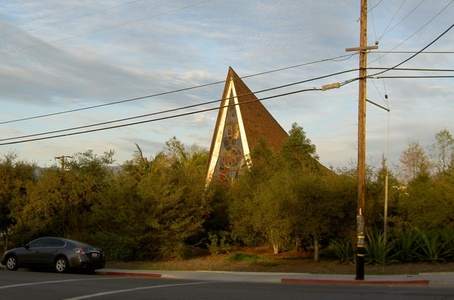 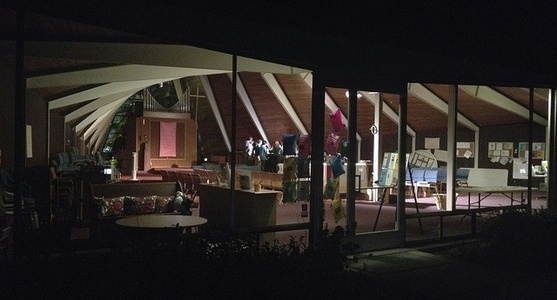 Geodesic Dome House designed and built by Michael Hoover in 1973. 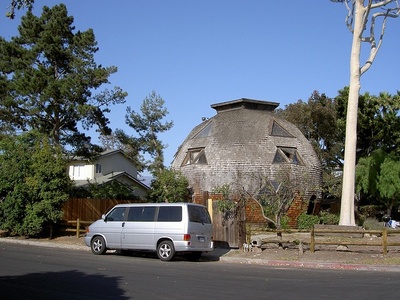 A lot of the houses on Del Playa are very narrow, and some have asymmetrical pitched roofs. Windows up to the roofline are typical of California Modern style. 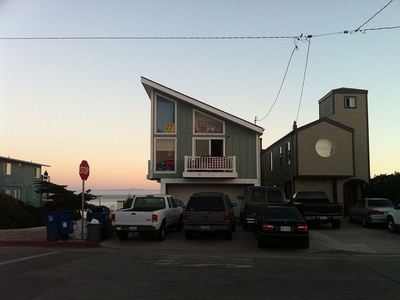 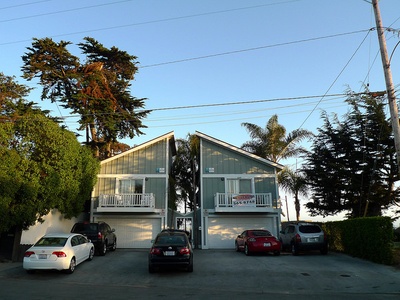 These houses have lots of sunlight streaming in through a variety of bottles along the roofline windows, with pitched roofs and exterior beams. 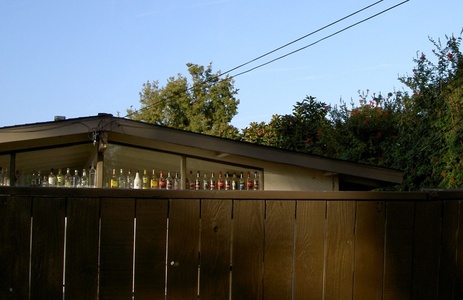 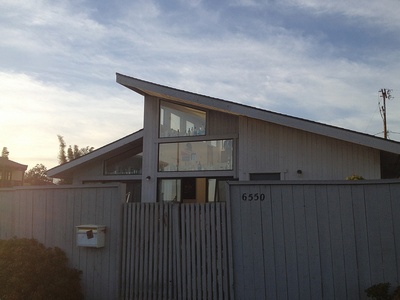 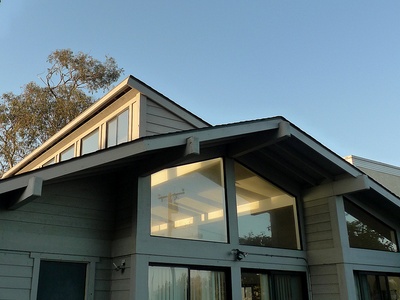 There was a fashion in the 50s-60s for "Tiki"/Polynesian style art and architecture, especially in beachy California areas. Some of these are Apartment Buildings with Classy Names. The IV apartment complexes called the Tahitian and Tropicana Gardens are part of this fashion as well. 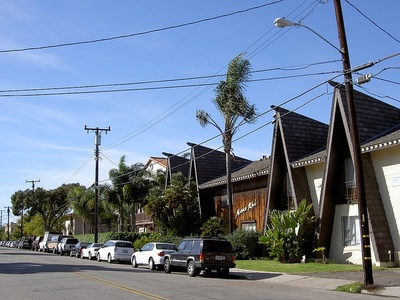 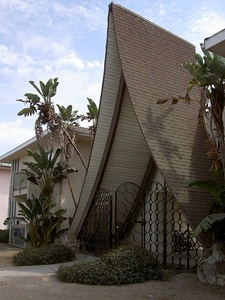 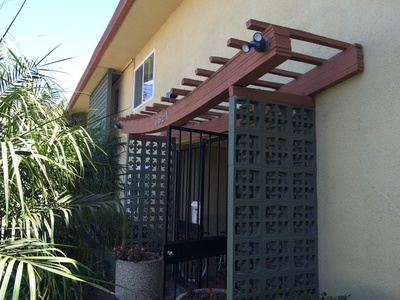 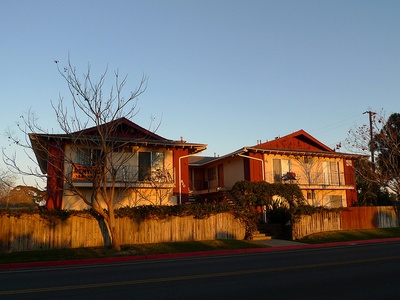 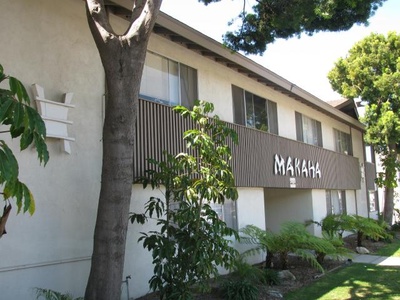 6631 Picasso used to be the Makaha. From this tiki forum post by Dustycajun in April 2009. 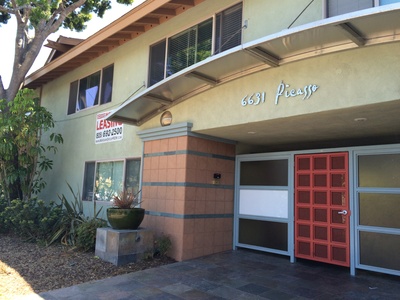 6631 Picasso has been renovated, but you can still see a little bit of tiki style in the roof at top left. May 2015, by Britta Gustafson (CC BY-SA).

This style, modeled after architecture from the Spanish colonial period, often has white-washed walls, red clay tile roofs, smaller windows, and beams/embellishments made of wood. This architectural style is compatible with the weather of the region and channels Californian history.

6560 Del Playa Drive is a good example of the Spanish Colonial Style.

The ICON Gardens building, at four stories in height, is amongst the tallest buildings in Isla Vista. It was built in a contemporary modern style and is equipped with private services, including parking. This building, along with the Loop, has sparked discussion in the community and is often pointed to as a symbol of attempts of commercial interests to gentrify the community.