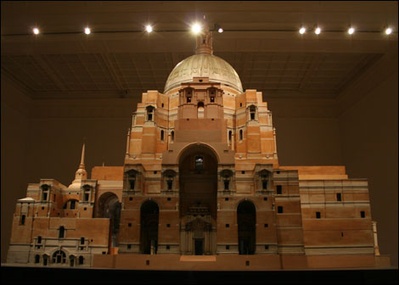 The truly beautiful Cathedral The cathedral would have been a massive classical/Byzantine structure that would have become the second-largest church in the world. It would have had the world's largest dome, at 160 metres compared to the 140 metres on St. Peter's Basilica in Rome and half gain the height of the Anglican cathedral.

Sir Edwin Lutyens was the greatest British architect of the early 20th century. He made his name with a series of grand Arts and Crafts country houses. These houses were based on traditional vernacular styles, using carefully textured local materials. 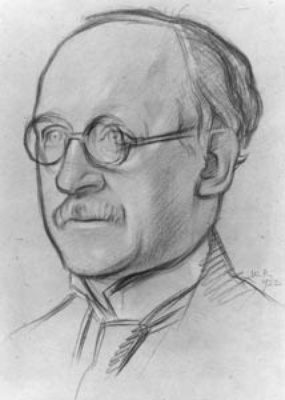 They were informally composed, with dramatically steep roofs, gables and tall chimneys. Lutyens then moved towards a more classical and symmetrical style, inspired by English 17th and 18th century architecture.

In his later work, after about 1912, he designed public and commercial buildings in a monumental classical style, inspired by the Italian Renaissance but simplified to emphasize underlying geometrical form. His most famous later buildings include the Viceroy’s Residence, New Delhi; the Cenotaph, Whitehall; and the Memorial to the Missing, Thiepval, France.

Unlike the architects of the modern movement, Lutyens remained faithful to tradition. He believed in the universality of the classical language of architecture, which he adapted and reinvented with great subtlety and originality. 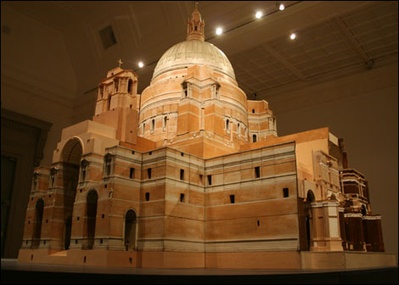 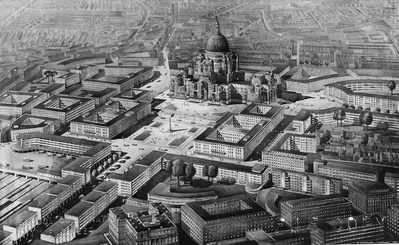 A Grand Design to Rebuild the City With Cathedral

In 1929 the new Archbishop of Liverpool, Richard Downey, revived the project to build a Catholic Cathedral. Liverpool had a large Catholic population but no adequate centre of worship. Downey awarded the commission to Lutyens, who made numerous drawings. Downey and Lutyens, an Anglican, visited Rome in 1933 and the cathedral design was blessed by the Pope. 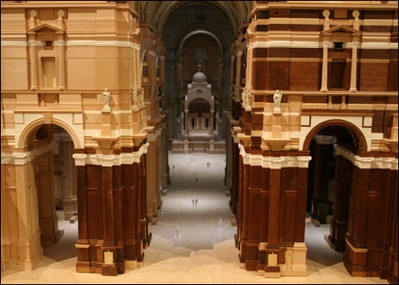 Inside, the cathedral shows its enormity

Lutyens planned a vast building of pinkish-brown brick, relieved by bands of silver-grey granite. The exterior was composed of interlocking rectangular blocks, simple and massive at the lower levels, but rising to a more complex skyline. This featured detached columns, delicate spires and substantial belfry towers, topped by classical pavilions.

The interior, faced entirely of granite, would have been of majestic solemnity. Its leitmotif, seen also at the Western entrance, was the triumphal arch of antiquity, a tall arch flanked by two lower arches. The building was to have been crowned by an enormous dome 510 feet high, taller than St Peter’s Rome (450 feet) and St Paul’s London (250 feet). The main entrance arch could have contained the nearby University's tower. On a hill above the city centre, the cathedral would have dominated the Liverpool skyline, outstripping the Anglican cathedral, then under construction. 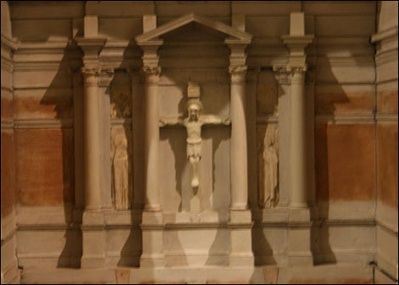 The site for the cathedral on Brownlow Hill, occupied by the old Liverpool Workhouse, was purchased for £10,000 and cleared, and a fund raising programme was launched. On 5 June 1933 crowds gathered to watch the foundation stone being laid. First to be built was the crypt, a series of complex vaulted brick spaces, intended to be faced with granite. 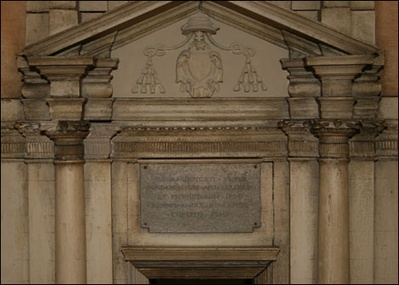 Work was halted in 1941 because of the war. During the war the unfinished crypt was used as an air-raid shelter. Building was resumed after the war. 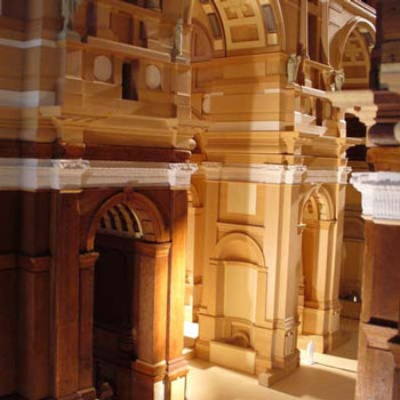 By 1953, Lutyens' original estimate of £3 million had risen to £27 million. In the changed atmosphere of the post-war period, the cathedral now seemed an impossible dream and Lutyens’ design was abandoned.

The architect Adrian Gilbert Scott was asked to design a smaller domed building, but this too was abandoned. In 1959 a competition was held for a smaller cathedral on the site. This was won by Sir Frederick Gibberd and his cathedral was opened in 1967.

How much would it cost today?

The answer is a staggering 3 billion pounds! 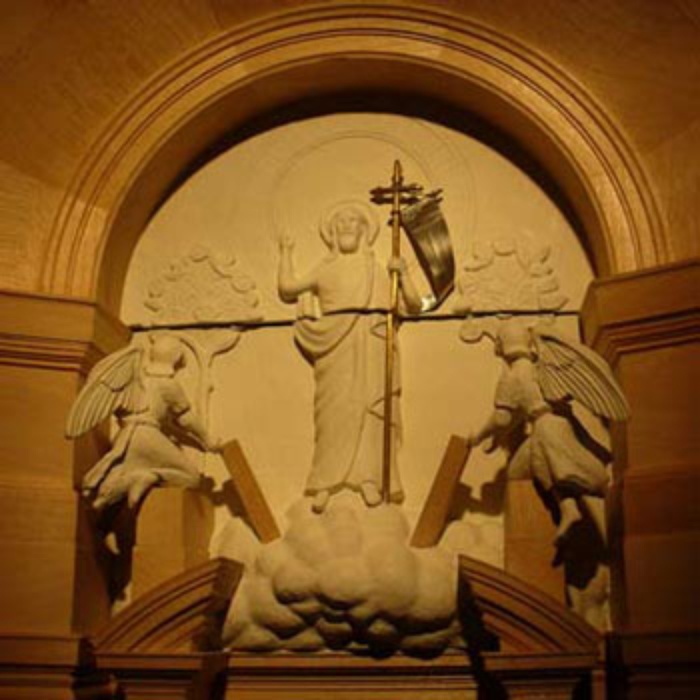 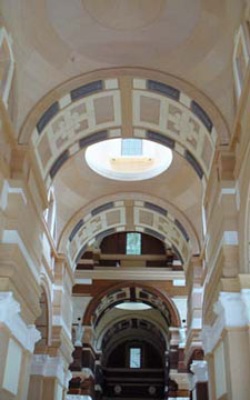 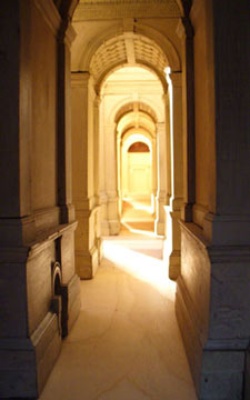 The model of Lutyens' cathedral is on permanent display at the Museum of Liverpool. 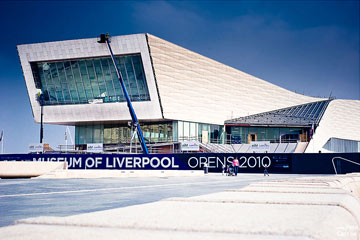 The Museum of Liverpool: Opens 2010