The Alex Zuckermann Bicycle Pedestrian Path is the way to get on the walk/run/bike path that is part of the Eastern Span of the Bay Bridge.  The path is named for recently deceased bicycle advocate Alexander Zuckermann.

The bridge path is patrolled by California Highway Patrol bike police and they clear it out so everyone is out by sunset.  During Fall/Winter, this means everyone has to be out by 5:30pm, so they start clearing out around 4pm (for pedestrians trying to enter).  Summer hours start March 15 (6am-8pm).

More information is available at the official site. 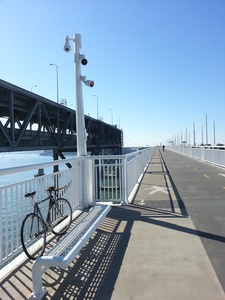 You can walk, but the best way to get across is by bicycle (@jarios) 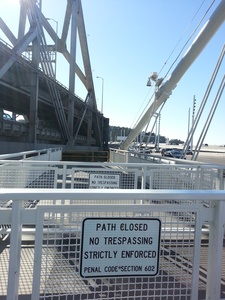 The depressing end of the path that leads to nowhere (@jarios)

As of late 2013, the old Eastern span of the bridge is still up and in the process of being dismantled over the next 3 years. 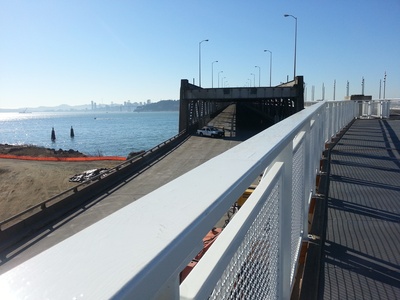 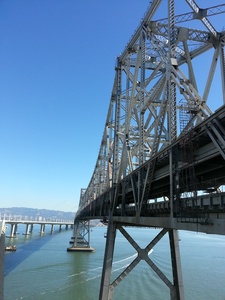 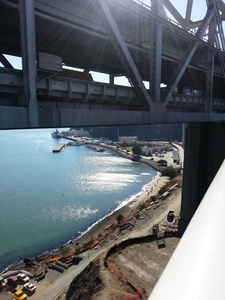 Treasure Island from the end of the path (@jarios) 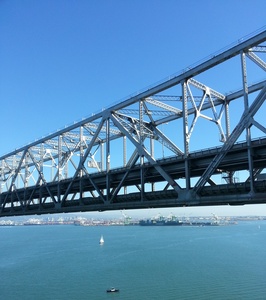