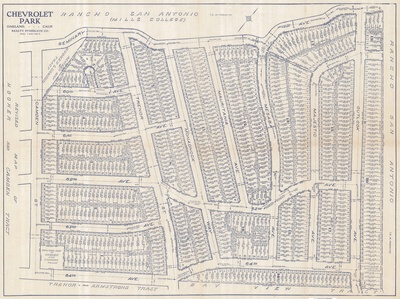 Chevrolet Park was the name of a development in Millsmont, across from Mills College, a short distance north of the Chevrolet Assembly Plant. It was developed c.1916 by the Realty Syndicate.

The Realty Syndicate began by building the roads and other infrastructure in 1916, while WWI was raging in Europe. About the time they finished most of the improvements, the U.S. entered the war, which slowed the real estate market substantially. So the Realty Syndicate actively marketed the lots mostly after the war, beginning in 1919. 4

In 1921, the Realty Syndicate held a liquidation sale, attempting to sell off all the remaining lots. 3 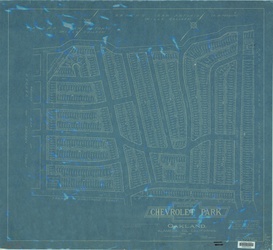 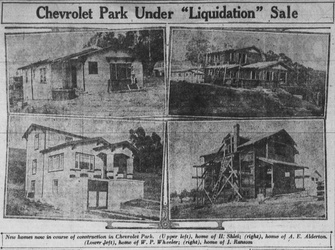 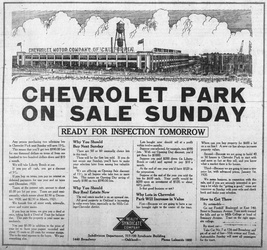 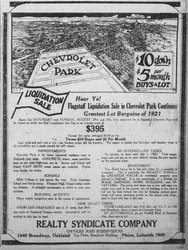 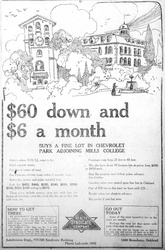 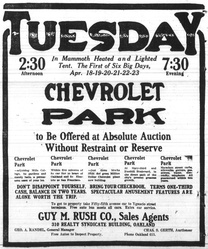 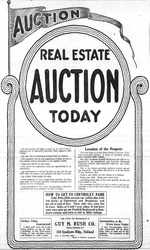