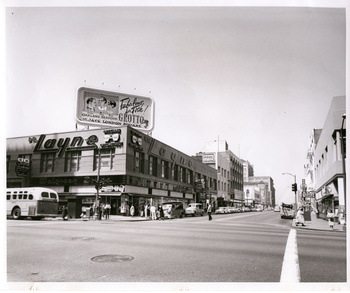 Dr. Layne was a local chain of optometrists and opticians. It started c.1938 in Oakland, having formerly been McCormack Optical Company c.1936 at 1225 Broadway. A 1955 ad lists offices in San Francisco, Richmond, Hayward, Walnut Creek, Vallejo, Stockton, and Sacramento. 2

A big part of their advertising was buying glasses on credit, especially during the early 1950s.

It's unknown when the chain ceased business, but ads appear in the Oakland Tribune as late as 1971. The ad also indicated a move to 1510 Franklin St., and doesn't list any other offices. 3 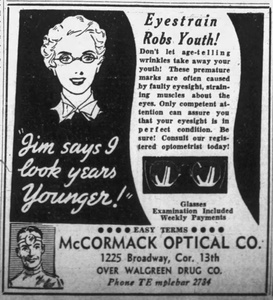 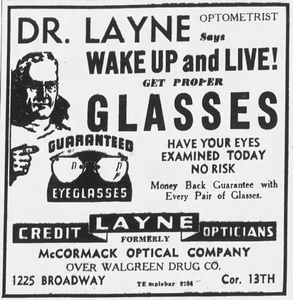 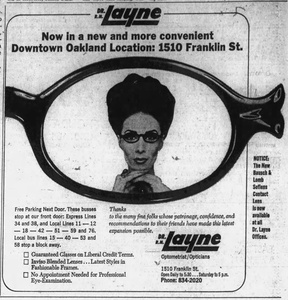 Dr. Layne was Richard McAvoy Layne (1912 - 1989). He was born in Pasadena, one of 4 children. He seems to have grown up mostly in Oakland, and he attended UC Berkeley. His brother Bill was later an animator for Disney.